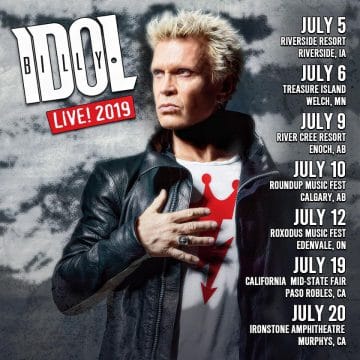 One artist that helped keep punk rock alive in the ’80s was Billy Idol. He is also an artist that can not be pigeonholed into one music genre. Fans of all ages with the love for punk, new wave, rock and metal music were all represented at Treasure Island Resort & Casino to give Billy Idol a warm Minnesota welcome.

All stages of his music career were represented on this night, from “Your Generation” and “Ready Steady Go” from his years in Generation X to his latest solo record, Kings And Queens of The Underground. Billy Idol even told a touching story about the song “Ghosts In My Guitar” off that album. He had missed the passing of his father, but his mother told Billy that they had been listening to the album and that song happened to be playing when he had passed. 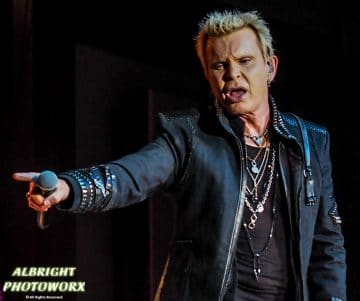 The rest of the evening was filled with dancing, sing alongs, suprises and hits. “Cradle of Love,” “Dancing With Myself” and “Flesh For Fantasy” started the evening off.  “Eyes Without A Face” was sprinkled in the mix and his biggest hits “Rebel Yell” and an encore of “White Wedding” helped bookend an awesome evening of music. Idol‘s long time guitarist, Steve Stevens wowed the crowd with his flemenco inspired guitar solo with splashes of Led Zeppelin riffs mixed in. Stevens also slipped in a taste of the Top Gun Anthem in the song “Blue Highway” and a cool rendition of The Doors‘ “L.A. Woman” was another great surprise. The only song that was left out and the fans didn’t seem to care, was “Mony, Mony.” Like me, I’m sure they had enough of that song from high school dances, radio play and MTV.

If you haven’t had a chance to see Billy Idol, get out and see this tour. He 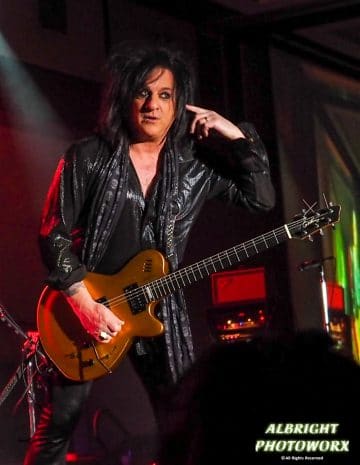 and his band sound great and it will be a night you will remember.