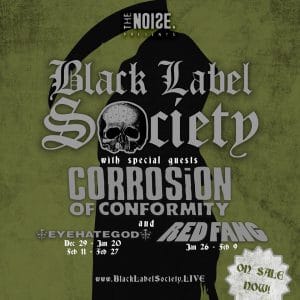 Black Label Society made their yearly stop in Portland, Oregon which turned out to be during one last shot of winter. The weather’s impact on the gig was minimal as the Oregon chapter showed up in full force to show Zakk Wylde and company some love. Black Label Society are currently touring behind their latest album Grimmiest Hits [eOne Entertainment], which contrary to the title is not another ‘hits’ compilation.

The night kicked off with Eyehategod which I hadn’t seen in years. They’re a ‘sludge metal’ act that features Down’s Jimmy Bower on guitar who drums in the aforementioned act. Eyehategod went over relatively well with the ‘blue collar’ Black Label Society audience. 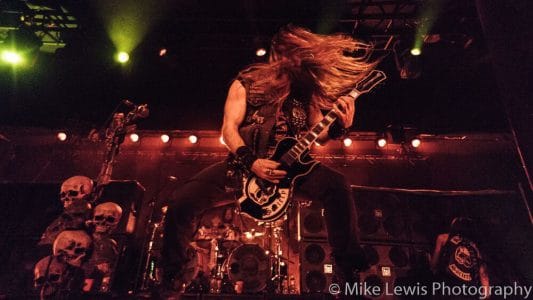 If you’ve never caught Zakk Wylde either as a solo artist or in Zakk Sabbath or with Black Label Society, the explosiveness of this show could overwhelm your senses. You can see it on the people’s faces who haven’t caught Black Label Society before. They have a stone cold look on their face and you can almost hear them saying, “What the hell did I get myself into?” The look turned to excitement after the opening classic “Genocide Junkie” from 1919 Eternal.

As mentioned, Black Label Society were promoting their latest effort Grimmiest Hits and as with previous tours, Black Label Society gave the sold-out crowd a heavy helping of the new record which included “A Love Unreal,” “Room Of Nightmares,” “All That Once Shined” and “ Trampled Down Below.” In this writer’s opinion, “A Love Unreal” and “Trampled Down Below” went over best with the Portland berserkers. As with any Zakk show, he could elect to go off script and go off on a 10-15 minute extended solo. 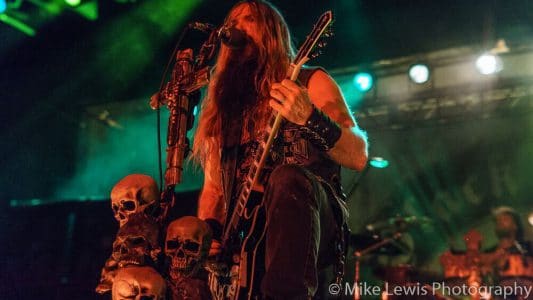 This is exactly what Wylde did during “Fire It Up.” He took it to the people as he does during his shows and went into the crowd. It appeared that wasn’t good enough for Wylde. He pointed to the balcony and took the show upstairs. He hadn’t done that before in previous performances at The Roseland. Wylde was hellbent on giving the fans that braved the weather a little extra to show his appreciation.

The highlights of the show were “The Blessed Hellride,” “Stillborn,” “Bleed For Me,” and the trifecta from the Mafia album — “In This River,” “Suicide Messiah,” and “Fire It Up.” If you didn’t catch or don’t plan on catching a Zakk show, keep this in mind. It will likely be two to three years and possibly longer before you see Wylde, Zakk Sabbath or Black Label Society do a proper tour as he’ll be reuniting with Ozzy for an extensive ‘farewell’ tour. Judging by how Black Label Society dialed things up in Portland, they wanted to make the night extra special. Mission accomplished.