I’ve been a HUGE fan of Atlanta, Georgia’s Blackberry Smoke since I first heard their self-released three song demo back in 2003. Over the years I have had multiple chances to catch them live as they swung through Kansas but something always seemed to get in the way; either whomever they were opening for cancelled, or I couldn’t get off work, and even a death in my family derailed my seeing Blackberry Smoke. Not this time, finally, after five years I was going to finally see them. A couple bonuses were the fact that my best friend Jay was to be my “date” for the show and the fact that Blackberry Smoke were opening for the legendary ZZ Top made things even sweeter!!

Jay and I made the 170 mile trek from Southwest Kansas to Wichita. I gave Blackberry Smoke drummer Brit Turner a buzz on the ol’ tele and we were off to the venue to meet up with the almighty Blackberry Smoke, as I was scheduled to interview them before the show. After soundcheck, Brit was leading us down to their dressing room when the Rev. Willy G (aka Billy ‘Fuckin’ Gibbons) emerged from catering to greet us. Ever the gentleman, Mr. Gibbons spent a few minutes chatting it up with us and sharing a rather humorous story about his recent visit to the eye doctor. It was nice to see someone of his stature treating his opening act with such class and taking a genuine interest in Blackberry Smoke, even asking if they had any new CD’s out that he could purchase. The interview went off without a hitch and we left to return to the venue for the impending ass kicking that is Blackberry Smoke live. 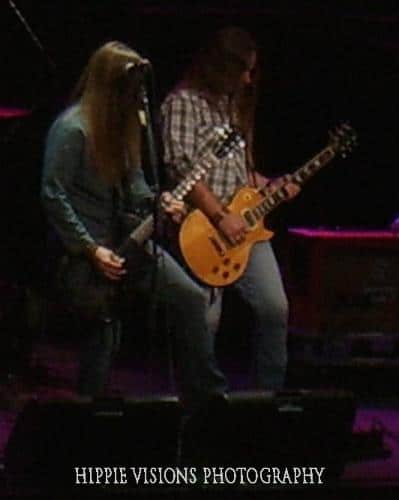 Kicking off with one of my favorite Blackberry Smoke cuts, the band ripped into “Good One Comin’ On” from their latest EP. This cut is a great opener and instantly had the crowd. Wichita crowds are notorious for being lazy and come off as unappreciative being they rarely stand and seem to only come for the headliner. By the end of the second song, “I’d Be Lyin”, I started noticing a few of those in attendance getting on their feet and openly cheering for my boys from Atlanta! The band didn’t let up, blazing through an amped up rendition of The Outlaws “Freeborn Man”. Frontman Charlie Starr took the time before the next song to make the crowd aware they weren’t here to talk politics, preferring to talk about pretty woman instead, thus leading into their debut single “Sanctified Woman”, which they’ve re-cut for their upcoming new album. Richard Turner laid down some sweet grooves via the bass as the band launched into “Up In Smoke”. This song really allows the rhythm section of the brothers Richard and Brit Turner to shine. 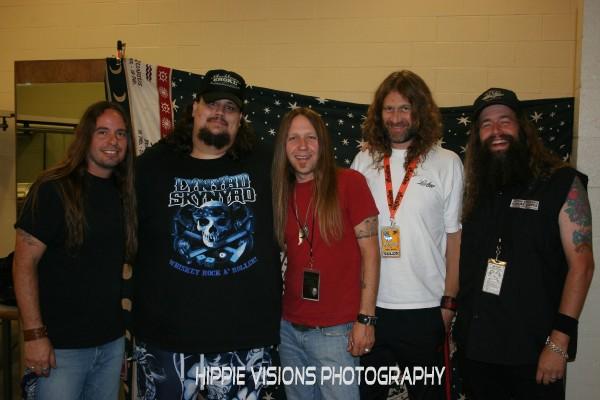 Blackberry Smoke is incredibly tight live, an obvious result of playing 250 or more shows a year since 2002. The twin guitar attack of frontman Charlie Starr and Paul Jackson really compliment each other well and help to fatten up their sound. Midway through their set, more and more Wichitians were standing and applauding the band. The band slowed things down a bit with “Bottom Of This” but quickly slammed it back into high gear with my all-time favorite Blackberry Smoke track “Son Of A Bourbon”. The crowd especially loved the line ‘When my life is over and my time has come to pass. Bury me upside down so the world can kiss my ass!’ At this point the band had Wichita in their pocket as they headed into “Restless” and finished off the 40 minute set by sending out “Freedom Song” to all our men and women in the Armed Forces. As the band headed off stage, I could hear a few people shout for an encore, me being one of them. 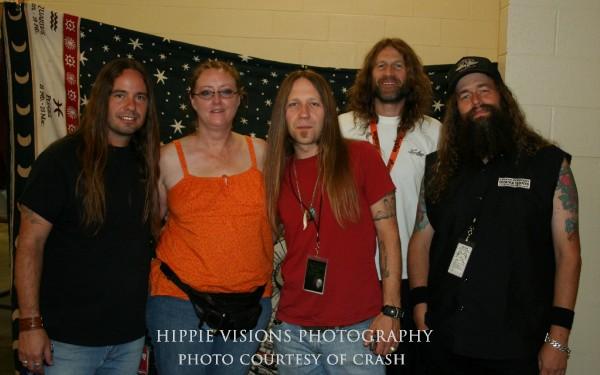 After a brief cool down, the band signed autographs at their merchandise table. It was the opening night of the five week tour supporting ZZ Top and if the crowd reaction at the merch table was any indication, this tour is going to see Blackberry Smoke finally getting the recognition they deserve as one of the best live acts out there today! This band has unlimited potential due to their amazing songwriting and musicianship and also due to the fact they are not afraid to hit the road and bust their ass to give the people who come to see them their monies worth. Do yourself a favor and check out Blackberry Smoke live and hit their website www.blackberrysmoke.com where you can find all sorts of goodies to spend your money on!