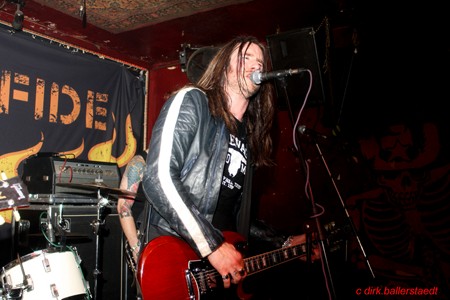 Tell me… what do you know about Sweden? Maybe that Stockholm is the capital city and that they have a King and Queen named Karl-Gustav and Sylvia? Or maybe you know that Sweden is the home of the ‘Nobel peace prize’ and that they spawned famous film directors like Ingmar Bergman and thrilling book authors like Stieg Larsson (‘The Millennium Trilogy’).

Swedish citizens have also invented helpful items like the Tetra-Pak (where your milk and juice is bottled in paper), zippers, flat-screens for your TV and… surprise, surprise, dynamite! Yes it’s true, you can Google it… if icy rocks were in the way just blow them up — funny folks! 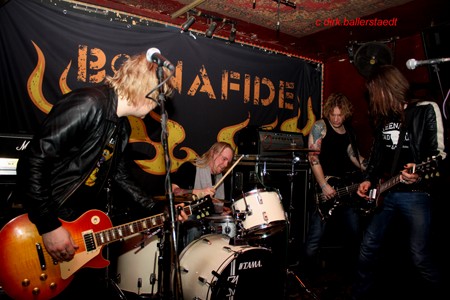 Sweden was also home to the national music monument named ABBA, the world known pop music heroes from the 1970’s. When I was a kid of 10 years I loved them, but one year later I was hooked on hard rock. That was a long time ago and if I think about Swedish bands nowadays all I know is that they have bred a crazy shitload of damn good hard rock bands like Hardcore Superstar, Crazy Lixx, Crashdiet, Bullet, Hammerfall, and not to forget the melodic producer Chris Laney (who has worked with Zan Clan and Randy Piper’s Animal for example).

If you try to understand why these dudes invented dynamite, you just have to attend a Bonafide show. This band has been lighting the fuse themselves for four years, releasing three awesome full-length CDs and, this January, an EP titled ‘Fill Your Head With Rock’. Bonafide definitely deserves an international career and that’s the reason for their recent tour of Europe. 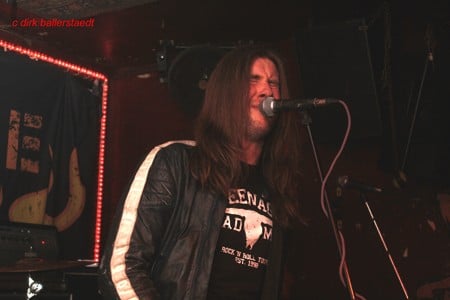 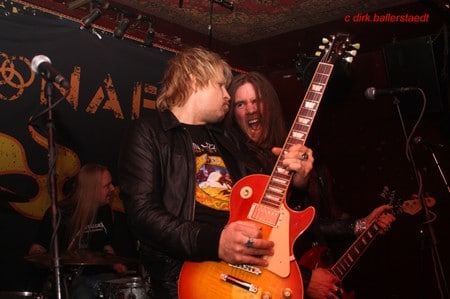 If you dare go to one of their shows you’ll agree with me. I took the chance by going to their Berlin show on a Thursday evening and didn’t expect that much because, to be honest with you, Bonafide wasn’t on my radar yet. I knew a few songs before the gig, but didn’t really have that much of a clue about the band.

A band playing the club circuit during a weekday is one of the worst things they could ever do, because everybody has to go to work the next morning and don’t want to party too hard. But I was wrong (again)… because 100 Bonafide or better fans came to the Wild At Heart Club, had a beer or a drink, and didn’t seem to care about losing sleep or having a bad hangover. It was like, ‘when I read about the evils of drinking, I gave up reading’ mode and that’s fine because the Wild At Heart Club looks similar to the Titty Twister Bar from the movie ‘From Dusk ‘Till Dawn’ – and sure, you could have a coffee, but would you?

While support band Smoke ‘N Aces (from Berlin) walked through their 30 minute set their style reminded me of an early KISS-meets-Stoner mix. The people in the crowd just stood, chilled and stared, but didn’t seem to like it at all although they were a good warm-up — and to be fair, that’s what a support act is for… to warm up the club. 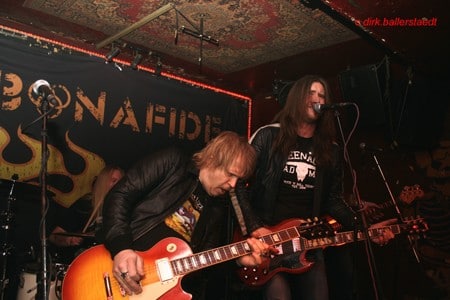 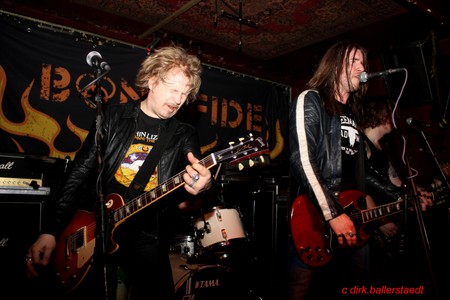 The headliner was ready to heat this club up, and as the rockers of Bonafide — Pontus Snibb on lead vocals/guitars, Mikael Fassberg on guitar, Micke Nilsson on bass and Niklas Matsson on drums — took command of the stage and plugged their Gibson Les Pauls and SGs into Marshall amps these dudes were ready to show how the ‘big boys’ play! From the very first song, “Dirt Bound”, the crowd went totally nuts — and the Swedish friends in the mosh pit, northern men and women, showed they knew how to party and raised their glasses in the air like there was no tomorrow.

Lead singer Pontus has a trademark voice for rough yet melodic singing, and while a band like Rhino Bucket is a bit more laidback and in the Southern-states style, Bonafide mixes tradition with modern elements. You can tell that they are well-schooled and learned how to play their instruments. Snibb is also the type of frontman who has no fear interacting with the fans. During the song “Fill Your Head With Rock” he jumped off stage, walked through the crowd towards the bar and smiled at everyone while playing guitar the entire time. 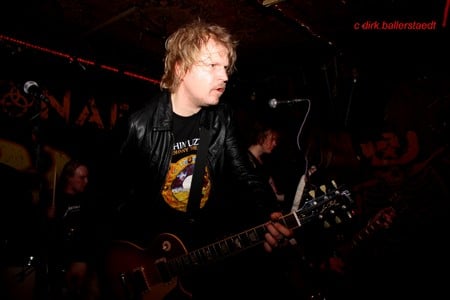 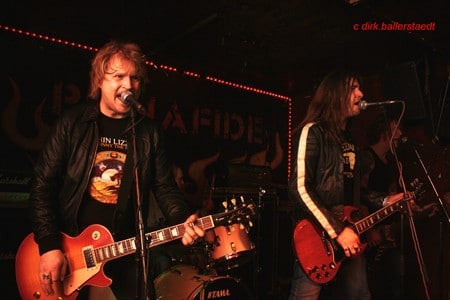 After the next few tunes, “Down”, “No Doubt About It” and “Hard Livin’ Man”, it became very clear to me why this type of kick-ass, jaw-breaking, classic hard rock with a bluesy side has become more and more popular around the world — it’s just honest music played and performed by bands with talent and high quality musicianship. Other tracks like “Can’t Get Through”, “Going In For The Kill”, “Butter You Up” “Loud Band”, “Nighttime” and “Straight Shooters” are perfect for opening a cold one, banging your head a little and having a great time.

Bonafide also did three cover-tunes this night, “I Don’t Need No Doctor” (Humble Pie), “Nice Boys…” (Rose Tattoo), and the encore “I Can’t Explain” (The Who). These songs fit the band like a cover on a pot, and sounded as if they had a hand in co-writing them.

After the two encores, “Dog” and “Can’t Explain”, Bonafide headed off. They did an excellent gig this evening and proved that a young band can also mature like well-aged red wine.