ANOTHER GREAT SHOW BY THE BRET MICHAELS BAND! 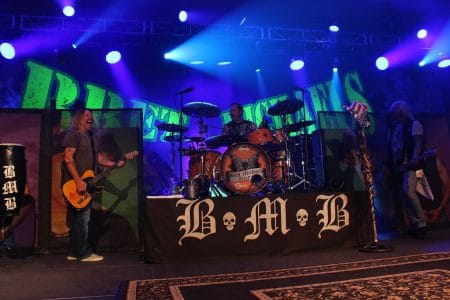 Friday, November 4th, Grand Casino Mille Lacs in Minnesota hosted one kick ass party. The host of the party was none other than the Bret Michaels Band. For those of you that have seen this band live, you know it delivers a high energy, entertaining, and “Nothin But A Good Time” (pun intended) show. I know it is not Poison, but at least it is a show to see until Poison get back on the road again (hopefully next year – more to come later in the review). 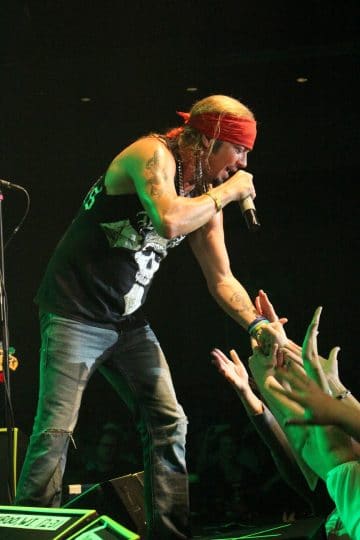 There was no opening act to warm up the sold out crowd, but the music that was playing over the speakers was doing the job. From all the times I have seen Poison and the Bret Michaels Band, I know that he loves to play Guns N’ Roses and AC/DC right before he goes on stage. When the lights went down and the music stopped, Pete Evick (guitar), newly recruited Eric Brittingham (bassist from Cinderella), and the rest of the Bret Michaels Band came out on stage and went right into Poison’s “Talk Dirty To Me.” From the moment that Bret took the stage, everyone knew that the party had started. It didn’t stop ’til the full band did its final bow to the crowd.

Michaels was sounding amazing and was a maniac on stage. He makes every single person in that room feel like that is exactly where they are supposed to be. He made sure to slap hands with everyone in the front row (me included) and point out people in the back. He covered the whole stage running back and forth the whole night. It is hard to believe that he had all those health scares just a few years ago, because the way he was performing you would have never guessed he was previously very ill. 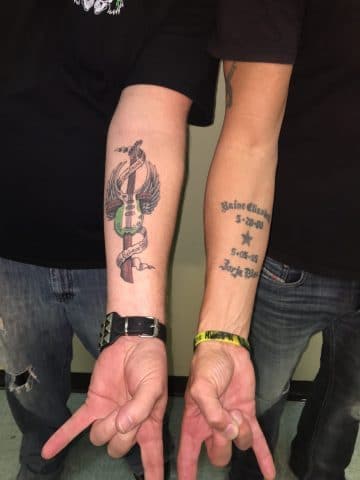 After “Talk Dirty To Me,” Michaels went on to say that the next song was one of the first songs he remembers writing for Poison‘s debut album, and that song was “Look What The Cat Dragged In.” This is one of my favorite Poison songs to hear live, as it is a great song and belongs in their set list. “Sweet Home Alabama” was to follow and this song has been a staple in Michaels‘ setlist for many years. Next, Bret took out his harmonica and played a little blues for the crowd right before jumping into “Your Mama Don’t Dance.”

Bret Michaels has always been a supporter for our Armed Forces, and he reserves some tickets to his shows for people that are serving our country. Before he started “Something To Believe In,” he told the crowd that he had 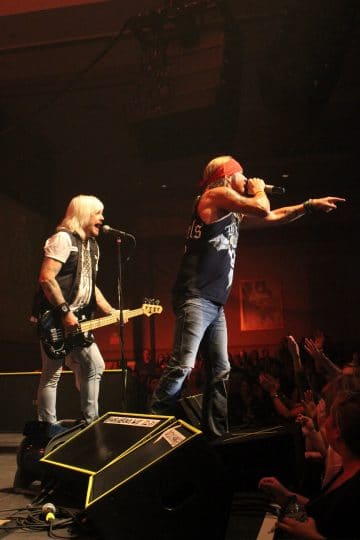 some active service men and women in the crowd, and that he was dedicating this song to all our troops fighting for our country. I always enjoy hearing this song live as it has a very special meaning to me. I even got a tattoo in honour of the song and my mother (who passed away in 2002), who I caught singing this song in the car during a road trip. I even had the honor of showing Bret my tattoo after the concert was over, and he loved it!

“Unskinny Bop” got the music back up to speed. The band was sounding great and played the songs just like I remember them on the albums. Evick was amazing to watch as he was running and jumping around the stage. You can tell Evick just loves playing guitar by the smile that is on his face the entire show. Numerous times throughout the night, Evick and Brittingham would go center stage to show off their talents, while Bret 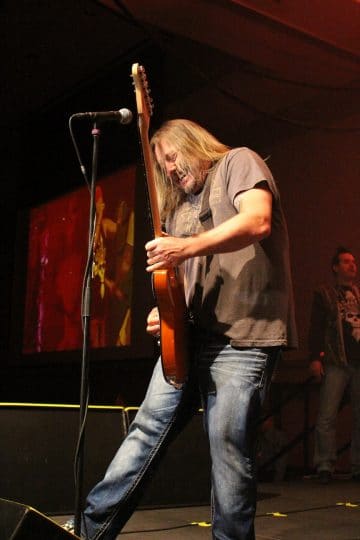 was in the background letting them do their thing.

I want to apologize to the drummer and keyboard player, as I do not remember their names and I was unable to find out who they were online. But after “Unskinny Bop,” the drummer put on a killer drum solo that lasted a few minutes. Once he was finished, the rest of the band came out and Bret introduced who was playing in his band. After getting introduced, each member played a little solo to impress the crowd. Michaels then grabbed his acoustic guitar and started to play the beginning licks of “Every Rose Has It’s Thorn.”  He told the crowd that this would be the Poison version as he has done a few covers of this track that does sound a little different than the original.

Before the next song, Bret asked the crowd if they would like to see Poison back out on tour next year. The crowd let out an approving cheer, and Bret went on to say that he hopes they will be back next year with Def Leppard. He made sure to state that nothing is set in stone, but he is hoping that the tour will happen. After his hopeful speech, the band ripped into “Nothin’ But A Good Time.” When the song was done, the band left the stage; but the lights stayed off, so I knew they were coming back to play at least one more song. 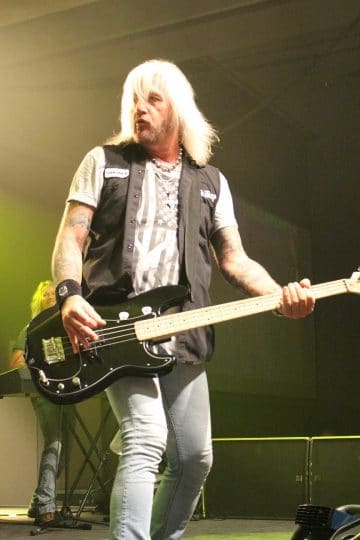 The band came back out on stage, and Bret made the comment again that he hopes Poison will be going on tour next year with Def Leppard. If that tour does happen, I will make sure I don’t miss it this time around (as they went on tour together a few years ago).

The last song of the evening was a cover of KISS’ “Rock and Roll All Night.” Everyone in the crowd was hoping for more when the song was over, but that was the end of the party. The band had such heart, passion, and energy that made this a great concert that no one should miss. Michaels always gives it his all and he makes sure his band does the same. I don’t think there is any slowing down for this band, so when they come to a town near you, make sure you go. You will not be disappointed.