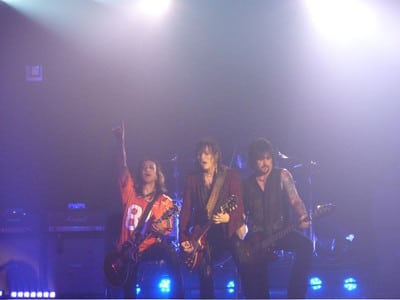 CINDERELLA TURNS BACK TIME IN FLORIDA

Twenty-three years, eight months, and twenty-four days ago I was just entering high school when my father took me to the Miami Sportatorium to see David Lee Roth with opening act Cinderella. Tickets were $15 and that included the $1 parking fee — needless to say, this was before Ticketmaster. Almost a quarter century later, I found myself back in South Florida on business with a night off that coincided with Cinderella‘s arrival at a small rock club near my hotel. If only to set a new mark for elapsed time between seeing the same band, I felt the need to head over to the club and see how Tom Keifer and crew have aged. The answer to that question turned out simple: they haven’t. 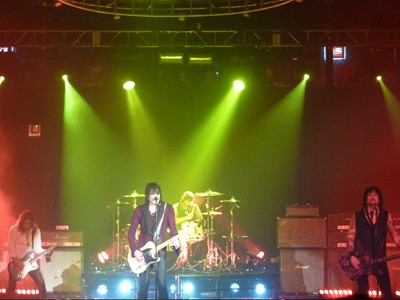 Taking the stage as strobe lights illuminated the crowd, the band tore into ‘Second Wind’, which is a befitting title for the current tour. Having overcome serious throat and vocal chord issues in recent years, Tom Keifer appeared to be overjoyed that he could be on a stage wailing into a microphone. For a small club with limited stage area, the band still found room for all the trimmings of an arena rock show with a drum riser and lighting effects worthy of Madison Square Garden. When the darting lights matched the thundering march of ‘Somebody Save Me’, the crowd was transported back to the late 1980’s and stayed there happily for the balance of the evening.

In the last decade, the biggest hair metal bands that ruled the 1980’s have been forced to scramble for relevance in a post-Nirvana world. Some went pop (Bon Jovi), others teamed up with country stars like Tim McGraw or Sugarland (Def Leppard… Bon Jovi again), some undermined their own success (Axl Rose) and several turned their lives into reality shows to remain in the public eye (Bret Michaels, Motley Crue). Refreshingly, Cinderella has stuck to what worked for them when they were selling millions of records and the reason it still works is because they built their music on solid ground. Cinderella might have been riding a wave of hair metal to the top of the charts, but it was really just blues-rock with a little more hairspray. 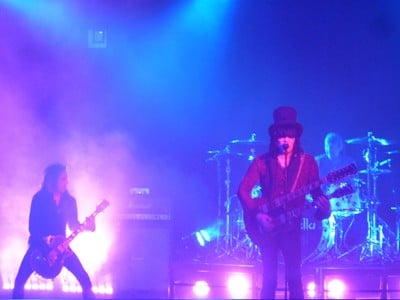 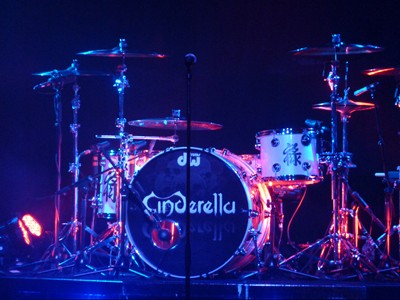 Examples to support the argument were everywhere in the setlist. The acoustic pining of ‘Heartbreak Station’ was pure, classic Rolling Stones and the slide guitar intro of ‘Bad Seamstress Blues’ turned into a blues shuffle that kept the older crowd stomping along. The blues meets gospel rave-up ‘Shelter Me’ turned the club into a revival tent as Keifer strutted back and forth the stage keeping the crowd engaged. The studio perfect renditions of early hits ‘Nobody’s Fool’ and ‘Shake Me’ were delivered on cue, but the energy and excitement of the more blues influenced material stole the night. Playing with urgency and passion, the set list was compact and never strayed far from familiar territory. When the band wrapped their set with an electrifying ‘Gypsy Road’, there was little doubt which song was coming in the encore. The lights returned to stage and Keifer was behind the piano for ‘Don’t Know What You Got (Till It’s Gone)’ with the entire audience singing every word with him.

Before Cinderella took the stage earlier that night, the lights went down and the house P.A. blasted Motley Crue‘s ‘Kickstart My Heart’; a far more popular hair metal anthem than anything in their catalogue. It seemed like an unusual move and I wondered if the band was setting the bar too high for their performance. As it turns out, Cinderella knew exactly what they were doing. The only disappointed faces in the audience belonged to those who bought tickets with a smirk, expecting the band to be another hair metal relic peddling nostalgia. Cinderella provided nothing of the sort and delivered one of the best rock concerts I’ve attended in recent years.