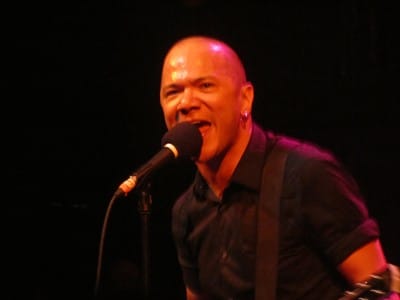 DANKO JONES GOT A NEW FAN COURTESY OF DIEMONDS

Headlining acts should never take for granted what an opening band can do for them. I was not going to bother seeing Danko Jones play live in Toronto, but when I heard that Diemonds was opening for him I decided to attend the concert.

I can’t remember the last time I specifically purchased a concert ticket to see an opening band play without recalling having heard any songs from the headlining act, but this is exactly what happened on this occasion. Why has Danko Jones — who was born and raised in Toronto — never made it onto my radar screen until now? Without wanting to date myself too much, the reality is that by 1996, when Jones emerged on the music scene, I was simply only listening to bands that I already knew without getting into any new bands due to the advent of the grunge movement. But with the emergence of the internet — and in my case, specifically the Sleaze Roxx website — I began to discover many great new bands carrying the torch of all the excellent ’80s era metal bands.

As is my usual custom whenever I am scheduled to attend a concert with opening acts that I do not know, I check out a few songs from the opener to get familiar with them prior to seeing them live. In this case, the opposite occurred as I purchased Danko Jones‘ greatest hits CD ‘This Is Danko Jones’ about two weeks prior to the concert. I was pleasantly surprised with just how good his songs were and quickly started looking forward to seeing the Torontonian and his band play live.

The previous, and only other time, that I had attended the Danforth Music Hall for a concert (Twisted Sister in 2006), there was assigned seating for all attendees. This time around, there were no seats in the lower section but rather just one massive general admission area with a somewhat angled floor from the entrance doors down to the stage — giving just about everyone a great view. By the time I got to the venue, The Standstills were finishing up their opening set with their last two songs in front of an already sizeable crowd. The Standstills seemed very similar to The White Stripes, given that the band only consists of a female drummer and male guitarist/vocalist. The two songs that I heard from them did not make much of an impression on me, but to be fair I did not give them much of an audition and their style of music is not one that I would necessarily listen to. 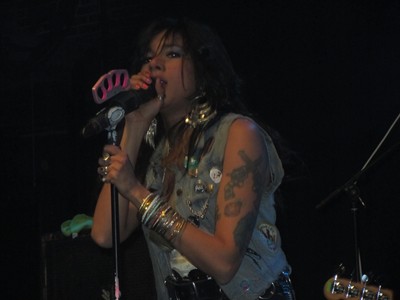 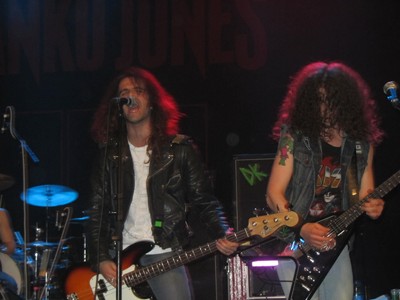 Next up was Diemonds, the band that I originally came to see. This was the sleazy rockers’ first show in three months, given that they have been in hibernation working on a new record. Although I have already seen Diemonds play live over 10 times in the last two years, it is still always a great treat to see them. They kicked off their show with guitarists Daniel DeKay and C.C. Diemond, along with bassist Tommy Cee, having their backs to the audience in front of Aiden Tranquada‘s drum kit while playing the opening riffs to “Trick Or Treat”. Before you knew it, lead vocalist Priya Panda appeared on stage as the band launched into what sounded to me like a slightly slower version of the song. Panda‘s outfits have always been “hot”, with special emphasis on her stunning long legs, but she may just have outdone herself on this night. What I also noticed right off the bat was how good Panda‘s vocals sounded on this night — perhaps the three months off from playing any live shows has re-energized her voice as I thought that she sounded better than I have ever heard her. 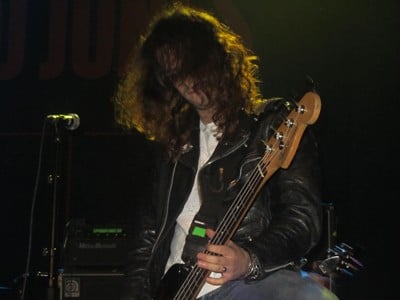 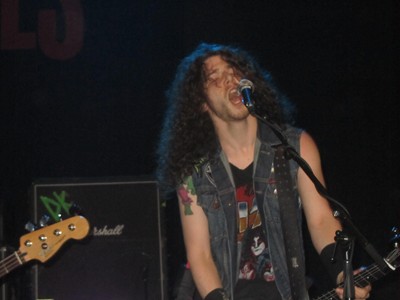 Next up was my favorite new, and yet to be released, Diemonds song “Meet Your Maker” — I can’t wait for them to release their next CD! The band kept pumping out one great song after another with “Get The Fuck Outta Here”, two new unreleased songs and one of my personal favorites “Mystery”, with its simply haunting opening bass licks. Having seen Diemonds play in some clubs with pretty small stages in the past, it is really a sin to have this band confined to a tiny stage. This was definitely not the case on this night as the Danforth Music Hall provides a very big and deep stage. Panda, DeKay and Cee all took full advantage of the big stage area, moving around and covering a large part of it at every opportunity. It seemed that C.C. Diemond was a little bit more stationery, but he did provide some killer rock star poses. Sadly, the band only played seven songs. They closed off their short set with their classic “Highway”, which always has some of the band members doing a few choreographed moves. Diemonds put on a great show from start to finish, and they certainly proved why they keep getting the prime opening slots for many well-known acts playing in Toronto. 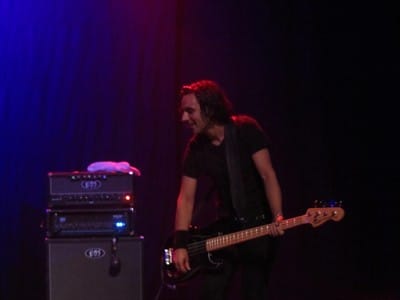 I have always thought that combining humor and metal is a winning formula. No one does it better than Steel Panther, but Danko Jones may well be a worthy challenger — with classier jokes, for the most part, to boot. My friend attending the concert with me was a Danko Jones fan, so I had been warned that the frontman was quite good at engaging the audience — and his assessment was spot on!

Danko Jones and his band hit the bare bones stage, which mainly consisted of a large backdrop with the logo “Danko Jones” in red. It became obvious that the band would let their music, as well as its frontman’s mouth, provide all the entertainment — and frankly, that was more than enough. After the band tore through their first three songs Danko Jones addressed the crowd for the first time. He noted that they were playing a larger venue this time around and that it would not be turning into a dance club later on — perhaps a little dig at the Mod Club where the band played back in 2011 and 2012. Jones was for the most part quite funny and entertaining — some jokes worked better than others, but that is to be expected. 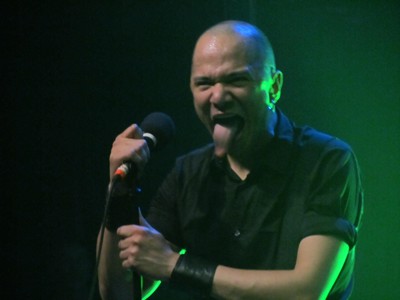 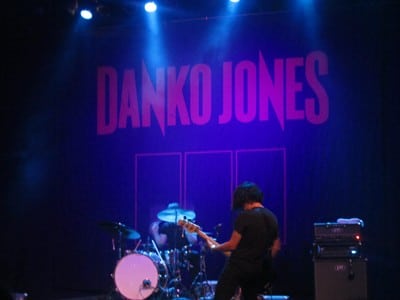 Although I recognized a lot of the songs played due to my earlier purchase of ‘This Is Danko Jones’ two weeks prior to the show, there were three songs that really stood out for me — “First Date”, “Cadillac” and “Code Of The Road”. The rest of the songs performed seemed to sound more or less the same, and follow the same mostly simplistic formula built on a good guitar riff and Jones‘ singing/yelling — not that this was a bad thing, because I enjoyed every song that Danko Jones played. Both Jones and bassist John “JC” Calabrese were bundles of energy and really made up for the lack of a stage show.

At the end of the gig Jones declared his love and affiliation to Toronto when he blurted something to the effect of, “I was born in Toronto. I was raised in Toronto. I will die in Toronto and I will be buried in Toronto”. After all was said and done, I had to conclude that Danko Jones put on a great show and made a fan out of me — and I suspect many others on that night!