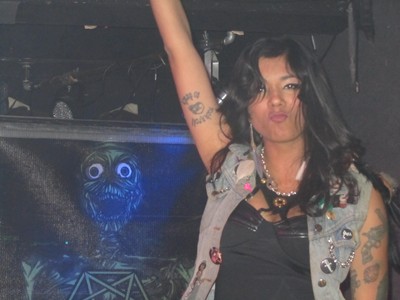 With an ambitious 21 scheduled shows in only 31 days all across Canada and the United States, sleaze rockers Diemonds were finishing their ‘Skeletour’ with a show at The Garrison in their hometown of Toronto. The ‘Skeletour’ did not exactly go off without a hitch as the band’s van broke down — or “shit the bed” as they described it — during an overnight drive after their show in Chicago on November 3rd. Stranded somewhere in the middle of nowhere in the state of Illinois, the band and their crew member had to wait about five days before getting a new engine — with the aid of some emergency financial help from many of their fans and friends. Being the troopers that they are, Diemonds waited impatiently, reluctantly cancelled a few tour dates and ultimately overcame this unexpected and unwelcome state of events to finish their tour in front of a packed crowd at The Garrison.

My buddy Chris noted how cold of a November night it was in Little Portugal Toronto — minus 15C to be exact. After a parking struggle, The Garrison was finally found. Chris noted that it was one of the coolest live music bars that he had been to in a while, with great stage sight lines and plenty of room to listen to the bands on the night — to which I have to agree.

Since both Diemonds and former Slik Toxik frontman Nick Walsh, with his new band Famous Underground, were playing on the same night at different venues in Toronto — and given that both likely cater to much the same audience — one might have thought that the audience numbers to see both bands would be down. However, this was definitely not the case at The Garrison. By the time I arrived with Chris — who was seeing his second Diemonds show and was looking forward to getting another taste of this unique ensemble — we were greeted with the familiar sweet sound of W.A.S.P.‘s “I Wanna Be Somebody” covered by one of the opening acts, Midnight Malice, and the venue was already quite full. By the time that the next opening act, Public Animal, hit the stage, The Garrison seemed completely packed to its 270 people capacity and the large crowd was still seemingly there when Diemonds finally hit the stage at around 1:00 am.

It is worth noting that Midnight Malice had been recommended to me by fellow Sleaze Roxx writer Mark Hovarth, and although I only heard three and a half songs from the presumably thrash metal band, I was quite impressed with their song which I believe is named “Blind Man”. Public Animal seemed to have a large following but their psychedelic music is not the type that I normally listen to nor enjoy. That being said, the band’s Billy Gibbons (ZZ Top) lookalike/guitarist Ian Blurton was quite entertaining to watch and hear.

You can usually tell when a band is tight and has been on tour for a while because everyone in the group ends up looking super comfortable on stage and whomever is manning a guitar or bass is able to move around at will since playing their parts is almost like second nature — rather than just standing around looking at their strings. This translates into a better and more entertaining show — that certainly was the case right from the start when Diemonds hit the stage just after 1:00 am with one of their yet to be released untitled new songs. 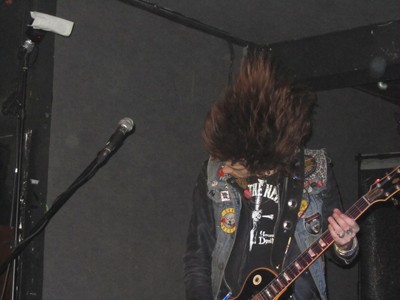 Chris thought, and I have to agree, that lead vocalist Priya Panda‘s microphone was off at the beginning of the show so it was tough to hear her, and although it did get better she was getting drowned out a little. The band brought their high energy brand of down and dirty rock, and frankly were moving around so much it was difficult to get some good photos of the band members — and in particular guitarist Dan Dekay. The smoke emanating from some sort of smoke machine that engulfed the stage for most of the night after the first song did not assist either. The alternative is that my photography skills leave something to be desired, which would be my wife’s assessment! Three of the first five songs were new unreleased songs that fit in quite nicely with the rest of Diemonds‘ song repertoire. Having already heard some of these new songs at past Diemonds‘ shows over the last eight months or so, I am really looking forward to the band’s next album.

For those of you who have read some of my past reviews involving Diemonds, I have always been praising the virtues of their latest CD ‘The Bad Pack’, which is still in regular rotation more than a year and a half after purchasing it — an impressive feat in itself. ‘The Bad Pack’ was very well represented on this night at The Garrison with five songs out of ten played — “Lil Miss”, my personal favorite, “Loud N’ Nasty”, which likely best describes the sleazy rockers, and “Mystery”, the sing along classic with the great bass intro.

Perhaps the biggest surprise of the night was Diemonds‘ blistering cover of Motorhead‘s “Iron Fist”. It actually felt like a different, heavier, almost thrash like, metal band was playing because Panda disappeared from the stage — or as she put it, “It is time for me to get the fuck out of here” — while bassist Tommy Cee and guitarists C.C. Diemond and Dekay took turns handling the lead vocals. Just as the band launched into the Motorhead classic, the standing general admission area parted — seemingly like Moses did with the Red Sea more than 2,000 years ago — as an impromptu mosh pit evolved very quickly. Mosh pits are always loads of fun for those involved while the rest of the crowd usually just tolerates the carnage and hopes not to get hit by someone — this seemed to be the case on this night. Chris noted after the show that he got blindsided by the cover and sudden mosh pit. He didn’t see it coming — which he attributed to his old age and thinking that he needed to be up at 7:00 am. To be honest, and embarrassingly, I did not know which Motorhead song the band was playing, having never been a big fan of theirs — but I was advised by the band post-show which song it was. If anything, taking Panda out of the Diemonds line-up really showed just how much that she brings to the table and the band’s identity. For the record, I much prefer the Panda led Diemonds line-up.

With Panda back on stage handling lead vocals, Diemonds closed out their show with three excellent songs — “Trick Or Treat”, the already mentioned “Mystery”, and perennial favorite and their punk-like oldie “Highway”. While I would usually lament how short the headliner band’s set was given that it clocked at about one hour with only ten songs played, on this night, I was sort of happy to have the band’s set end with “Highway” — not because I did not enjoy the show — but simply because it was almost 2:00 am and both Chris and I had early starts the next day.

Having had the opportunity to see Diemonds play live five times now in 2013, I must say that I feel really fortunate to be living in the band’s hometown and getting to see the sleazy rockers play so many times. These guys have a ton of talent and you can tell they love what they do up there. Diemonds are truly the epitome of sleaze rock and definitely a band that you want to catch whenever they come to your town. Till next time — just hopefully a little earlier in the evening. 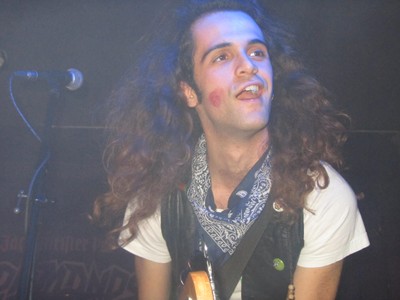 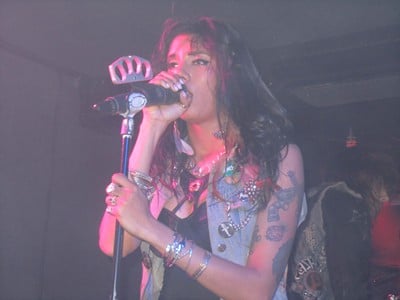