EUROPE’S PERFORMANCE IN WARSAW LEAVES NO ONE SURPRISED

I start to feel that there are some bands which simply leave no place for a surprise. And I mean that in a good way. There are acts who simply deliver well executed performances time and time again. One such band is one of the most popular European rock acts, named appropriately — Europe. 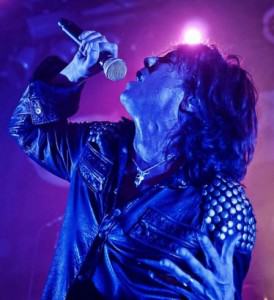 I have been at Europe‘s concerts a few times in the past since their reformation in the late ’90s and I have to say that I have yet to see a sloppy performance on behalf of these cats. The last gig they played in Warsaw, Poland also left me with nothing but good impressions. This multiplatinum rock act, authors of the “Final Countdown” — which to it is what “Jump” is to Van Halen — never fail to deliver well executed rock performances. In some ways, you might say they left no one surprised.

The openers were interesting. There was a clear indication that the bands to open for the main act w 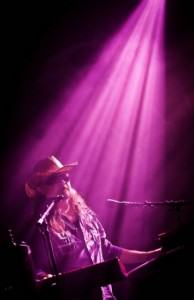 ere hand picked by the main Act. The first band, Coria was a local Polish band, which played a tight, albeit somewhat  too polished and “new” brand of hard rock. It was a kind of act that would leave a lot of Sleaze Roxx readers unsatisfied, as their style mirrored the likes of early Nickelback, rather than the headliner. The second act however was a whole different story. The band Vintage Caravan is a Scandinavian power trio, which has a very bluesy, almost folk sound to it, w

hile maintaining a very solid, raw rock sound. It was a bit  like Zakk Wylde’s Power and Glory, only stronger, rawer, and with much more complex compositions. The band members seemed very young but they sure knew their craft. The songs were interesting, climatic, and more complex than your usual, verse-chorus-solo routine.  At this point, I really encourage everybody to check out Vintage Caravan. There might not be a lot of sleaze, but there is a ton of rock there.

Moving on to the headliner. E 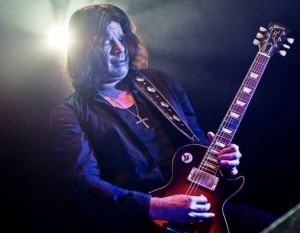 urope started relatively early, and right off the bat showed that they are not about to be play the role of a nostalgia act. The first song in a band’s set is usually a one from new album. However, as is tropical with a lot of seasoned bands, as their sets go, they tend to cling to gems from their heyday. Europe on the other hand played really a lot of their new, and not so old material. There were more than a few songs from the albums they released since they came back with their return album 2004’s Start From The Dark. As for the band itself, everybody was in top musical form. Bassist Jon Leven and guitarist John Norum were pretty static, but played very tight. Drummer Ian Haugland bashed the skins correctly, and even delivered a short, but not boring solo with a classical vibe. The standout here however was Europe‘s frontman Joey Tempest, who, bearing in mind the fact that he was already recording songs in the early ’80s,  really looked and acted as he had cheated time. He was all over the place, hit all the high notes, and even had some interaction with the audience, whic 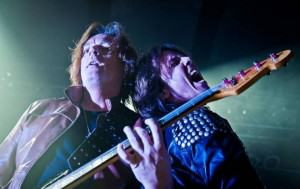 h did not reek of the usual fake slogans, but rather of some substantial stuff. From what I know, the gentlemen in the band really seem to like polish vodka!

Initially, the end of Europe‘s set, albeit varied, felt somewhat incomplete, as everybody was waiting for THE song. For the encore, the band of course returned, and delivered what everybody was hoping for — the mandatory crowd pleaser “The Final Countdow 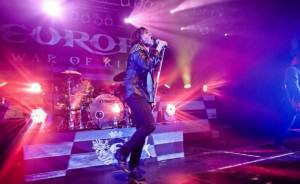 With this one done, the show ended, and based on the feedback I got from the audience leaving the venue, there was not a single soul not satisfied with what Europe had delivered. All in all, it is as I wrote in the beginning of this review. Some acts do not surprise you with their performance, and in the case of Europe, this is a good thing as the band is still rocking after all these years, and still at the top of its game.