FOREIGNER BRING THE HITS TO MINNESOTA 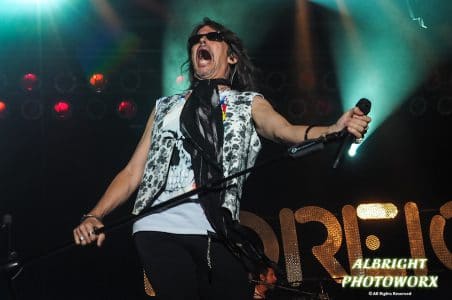 Foreigner have been around for more than 40 years and has sold over 80 million records worldwide. They continue to have success touring, even though none of the original members are currently touring with the band. The last member to call it quits was guitarist and founding member Mick Jones. After a series of health issues, he decided to retire from touring but will pop in to play an occasional show every now and then.

The current line-up consists of Thom Gimbel who has been a permanent member of the band since 1995 and a man of many talents. He plays guitar, saxophone, flute, keyboards and sings backing vocals. Jeff Pilson, formerly of Dokken is on bass guitar, Kelly Hansen formerly of Hurricane on vocals, Bruce Watson on lead guitar, Michael Bluestein on keyboards and drummer Chris Frazier round out this talented group of musicians. 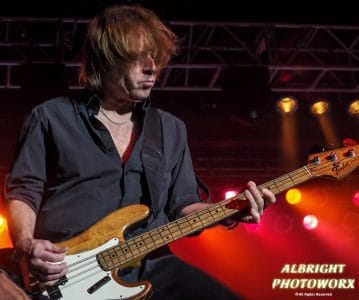 The band was on a mission to feed the fans what they wanted — nothing but the hits. “Double Vision” and “Head Games” kicked off the night and worked the crowd into a dancing frenzy. “Cold As Ice” continued to keep the fans engaged as Hansen found his way to the soundboard to say “hello” and sing to the people in the back. Once he found his way back to the stage, he introduced the band members and talked up their talents and told a couple little anecdotes. He talked about Pilson being in the movie Rock Star and how envious he was that he’ll never get as close to Jennifer Aniston as Pilson did. He also brought up that the last time Foreigner played Treasure Island Resort & Casino, Bruce Watson had a few too many beers and decided that he should pack before going to bed. In the morning, the bell hop stopped by and took his luggage to the tour bus and it was too late by the time he noticed he had packed his shoes and had to leave barefoot. He is now called Bruce “Shoeless” Watson by the band.

After the introductions were made, they slowed things down with the melodic ballad “Waiting For A Girl Like You.” Hansen displayed his vocal abilities and showed why he was chosen to take the place of Lou Gramm after the latter left the band. Once 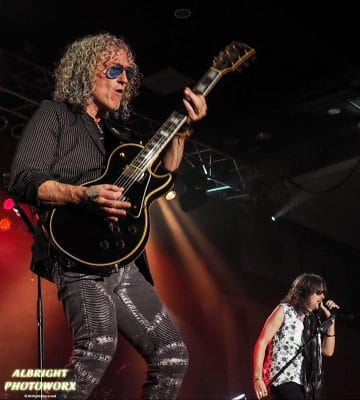 again, Hansen addressed the crowd and commented on all the pretty ladies in the audience and that they were all accompanied by sketchy looking guys and that all us men were just “Dirty White Boys.” Hansen went on to prove those words true by provoking some of the fairer sex to slap his ass during the song. The hits continued with “Feels Like The First Time” and “Urgent” with Thom Gimbel thrilling the crowd with his amazing sax solo. Not to be outshined, Bluestein and Frazier took their turn at wowing the fans with solos of their own before closing out the set with my all time favorite “Juke Box Hero.”

The bands biggest hit “I Want To Know What Love Is” started off the encore and got the crowd swaying back and forth and singing loudly. Halfway through the song, the choir from Maple Grove High School came out to assist with the backing vocals. It was a real treat to have students from a local school backing up this legendary band, but it didn’t end there. One of the choir members stepped forward and Pilson strapped his bass on her and she started to jam a funky little bass line with the band in tow. “Hot Blooded” closed out a night of great songs, fun entertainment and a guitar pick that bounced off my head and was never to be found. 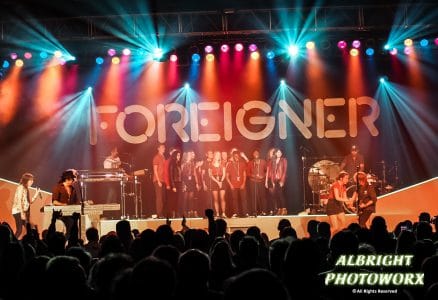 Foreigner performing “Urgent” live at the Treasure Island Resort & Casino in Welch, Minnesota, USA on May 26, 2019: