HELLOWEEN WAS WORTH THE WAIT!

It is hard to believe that I would have to wait 18 years to finally see Helloween — one of my all-time favorite bands — live in concert after it was strongly ‘recommended’ that I bypass the German power metal band’s show in Budapest, Hungary back in 1995.

Why is that you may ask? At that time, a buddy and I were backpacking through Europe and we were visiting a friend of mine in Budapest who had lived in Canada for a few years before heading back to his native country. I came across a sign that indicated that Helloween would be playing in a few weeks time — with the internet in its infancy, finding out a band’s touring schedule was certainly way more difficult in those days. I was quite pumped to see Helloween‘s show in Budapest given that I had purchased the stellar ‘Master Of The Rings’ a few months back and which was serving as my music soundtrack for much of my extended trip throughout Europe. Listening to ‘Master Of The Rings’ still conjures images in my mind to this day of breathtaking scenery filled with mountains and little towns in Spain and France. I made my plan of seeing Helloween live in Budapest known to my friends over some drinks. After a few hours, my native Hungarian friend pulled me aside and in all seriousness told me, “You shouldn’t go to the show.” to which I replied bewildered, “Why not?” My friend replied, “If YOU go, there is a 75% chance of a confrontation (i.e. you will likely get beat up due to your skin color).” After thinking about a possible solution, I offered to buy tickets for everyone (thinking they could back me up in case that there was trouble) but no one wanted to take me up on my offer. 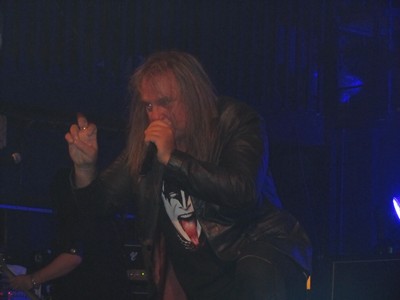 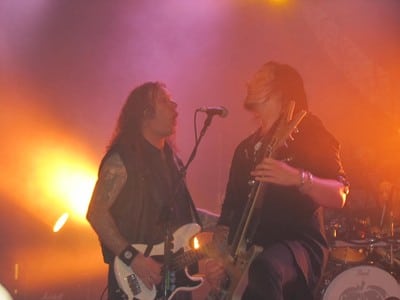 I ended up passing on that Helloween show 18 years ago partly due to the ‘local’ advice, partly due to my shitty travel health plan (I knew that for a fact having had to pay $200 for a two minute consultation with a doctor and a medication prescription in France earlier on) in case something happened to me that night, and partly given that I had to seriously re-arrange my trip itinerary including travelling through several countries to make the concert in a country that I had already visited. There is no need to say that I was pumped this time around to finally get to see one of my favorite bands play live. Helloween could have even played their ‘Chameleon’ CD in its entirety and I would have still been a happy camper. My expectations were therefore quite high leading up to the band’s show on this night.

I arrived at the Opera House a little after 9:30 pm thinking that I would catch the tail end of the second of the two opening acts that I had never heard of before. I was surprised to hear AC/DC‘s “For Those About To Rock (We Salute You)” blaring on the venue’s sound system as I walked into the venue. Having checked out prior setlists for Helloween‘s current tour, I knew that hearing this song meant that they would be taking the stage very soon. The Opera House was already packed with people but I was able to make my way close to the stage, ending up with only about three rows of people between me and the stage. I was pleased with how close I got given that Helloween were only mere minutes from hitting the stage. The venue speakers blared out “Walls Of Jericho” which I probably had not heard in more than 15 years before the German rockers stormed to the stage with their classic “Eagles Fly Free”. The whole band sounded fantastic and I was particularly impressed with how good lead vocalist Andi Deris sounded taking into account that the band had played Rock In Rio just six days ago, likely took a long flight to New York and had already played three shows since that time on North American soil. 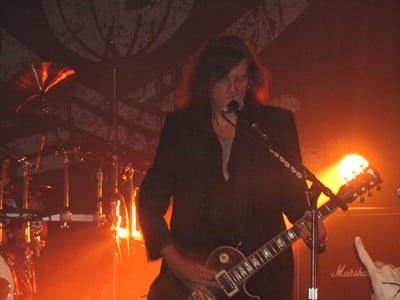 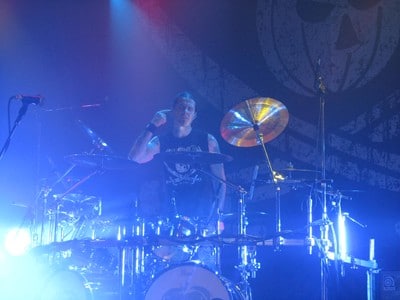 What was truly impressive was that Helloween played five songs off their new CD ‘Straight Out Of Hell’ and two songs off their previous CD ‘7 Sinners’, which were all very well received by the audience. Helloween could have easily played a greatest hits set with one or two new songs like a lot of veteran bands do these days but elected to courageously play lots of new material even though they do not come to Canada that often. Unlike many other metal bands, Helloween have never really taken an extended break (i.e. breaking up) and keep putting out relevant and exciting new music every couple of years — despite some occasional key line-up changes — essentially building on their legacy rather than resting on their ’80s heyday laurels. That being said, ‘Straight Out Of Hell’ is an awesome CD which also explains why I certainly had no difficulty in hearing lots of the new songs.

My favorite out of the five new tracks played from ‘Straight Out Of Hell’ was “Live Now!” which provided the audience with some great sing along opportunities courtesy of Deris, who was quite funny to get the crowd going and singing along. He told the audience that they were going to play a ‘stupid game’ pitting one side of the audience against the other. One side had to sing “Live Now!” while the other side was ‘stuck’ with the sort of awkward — as even admitted by the singer — “Oh Oh Oh” section of the song afterwards. Deris gave each side of the audience a turn to sing the “Live Now!” chorus while the other side ‘struggled’ with the “Oh Oh Oh” section. You can check out the video below that I found on YouTube for that song from that evening. 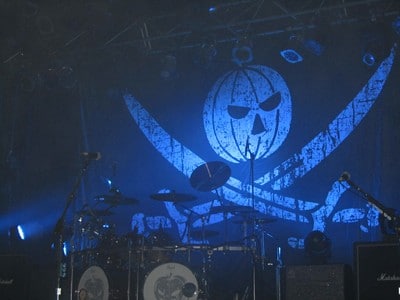 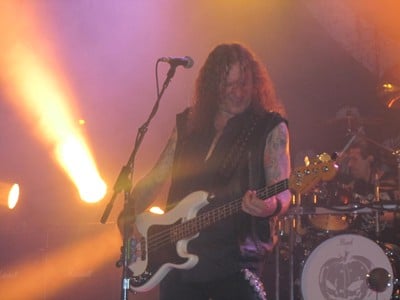 Obviously Helloween don’t take themselves that seriously which is why Deris was able to get away with telling one side of the audience to “Shut The Fuck Up” during “Live Now!” when it was not their turn. Another time, Deris (with a big smile) gave the middle finger to some people in the audience when he was playfully hand gesturing how big that his “private part” (I will let you figure it out) just might be and presumably someone in the audience gestured a very small one. The rest of the band also looked like they were having a great time, with Deris and bassist Markus Grosskopf often laughing and bantering with each other near the drum kit during parts of some songs.

I was also impressed with the ballad “Hold Me In Your Arms” from the ‘Straight Out Of Hell’ CD. While I have never been a big fan of that song, it sounded really good live. Once that song was done, the concert was just filled with one super song after another. First up was my all-time favorite Helloween song — “If I Could Fly” — which I sang along to at the top of my lungs. Next up was “Hell Was Made In Heaven” from the underrated ‘Rabbit Don’t Come Easy’ album. Helloween closed off their set with a rousing rendition of “Power”. The “oh oh oh” portion of that song made me appreciate what a great vocalist that Deris is because I became a bit out of breath when singing it. The two sets of encores were excellent. I picked up a new appreciation for “Are You Metal” — a song that I have liked but never loved. It sounded really good live and I understand now why it was the first encore played. Helloween finished off their first encore set with a spirited version of crowd favorite “Dr. Stein” — you can check out the YouTube video below for that song from that evening. The second encore featured arguably the band’s two most popular songs — “Future World” and “I Want Out” — which I happily sang along to again at the top of my lungs. On a side note, the mosh pit seemed to be in full force whenever Helloween‘s most popular songs were played. Luckily for me, I was standing near one side of the stage so I did not have to worry about somebody from the mosh pit crashing into me. 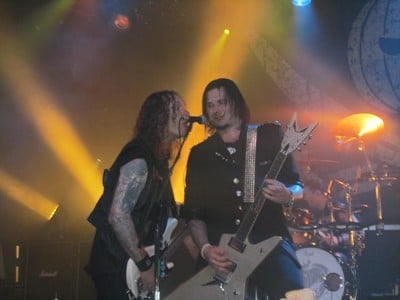 Truth be told, Helloween could have played just about anything from any of their CDs and I would have likely loved the concert. That is what an 18 year wait will do to a man! That being said, I thought that Helloween put on a great show and their setlist was a very good one. I did not find myself wishing that they had played other songs even though the band has tons of other classics that could have been played. In spite of my pro-Helloween bias coming into the show, I must conclude that the concert was one of the best that I have seen this year. I suspect that the majority of the fans who attended the concert in Toronto also really enjoyed it because on my way out of the venue, it appeared that Helloween had sold out just about all of their merchandise — including all of their t-shirts.