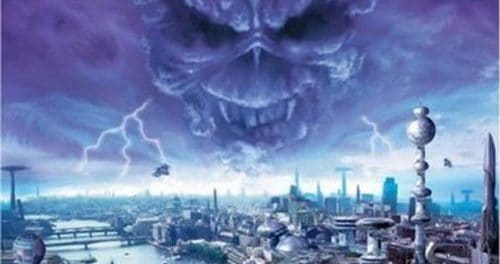 WHAT A PLEASANT SURPRISE SEEING WHO WAS OPENING FOR IRON MAIDEN! 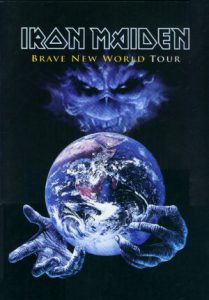 The summer of 2000 was an interesting one for me. I had just moved to Toronto for the summer and was to get married at the end of the summer in the Maritimes (eastern part of Canada). My girlfriend and soon to be wife had accompanied me to Toronto for the summer but for reasons that I can’t exactly recall, she left partway through the summer and ended up finalizing the plans for our marriage down east. I was suddenly faced with having a lot of free time so I indulged in my two passions at the time — playing tennis and rock n’ roll music. I ended up playing so much tennis during the rest of that summer that I dropped about 20 lbs by the time my wedding took place. I didn’t end up catching that many concerts that summer though given that I was more into just seeing the “bigger” bands live at that time such as KISS and Iron Maiden.

It had been 12 years since I had seen Maiden live (dating back to their Seventh Son of A Seventh Son Tour in 1988) so I was quite excited to see them live again. In addition, their latest studio album Brave New World was a return to form after two “OK” albums — The X Factor (1996) and Virtual XI (1998) — with Blaze Bayley as frontman. I would grow to really like The X Factor later on but at that time, was not enamoured by the record and I thought even less of Virtual XI. Brave New World also saw the surprise return of Bruce Dickinson in the Maiden camp and the addition of a third guitarist with the returning Adrian Smith. Having seen KISS on their Farewell Tour earlier that summer at the Air Canada Centre, I was expecting a packed venue of about 18,000 people or so to see Iron Maiden. Instead, it was obvious that ticket sales did not warrant such a big venue as the stage had been placed to face one seated section of the Air Canada Centre rather than the usual set up with a large general admission and seats all around that section. Clearly, Iron Maiden had lost some of their Canadian fanbase in the 12 years since I had last seen them.

I had not paid attention to whether there were any opening acts but I made my way to the venue early enough to catch one of the opening bands. I actually thought that there was only one opening act until checking out setlist.fm for the purposes of this review where I noticed that I had missed the first opening act (a band named Entombed that I had never heard of). The audience for the Maiden concert was almost all males and of the biker variety for a large chunk. I noticed that one man in particular had 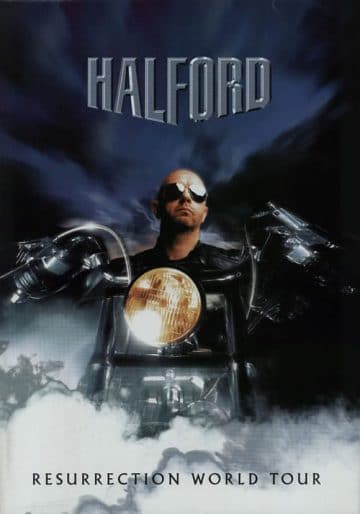 passed out in his seat early on in the evening. As I waited for the (second) opening act to hit the stage, a large banner was hoisted up which stated “Halford.” “Halford“? There was only one Halford that I knew of in the world of metal. I had not kept track of what Rob Halford was up to after his departure from Judas Priest in the early ’90s so wasn’t 100% sure if Halford meant Rob Halford.

If I recall correctly, the Halford banner had Rob Halford‘s photo on it and I knew pretty quickly that the one and only Rob Halford would be the opening act. What a bonus to go see Iron Maiden and to have Rob Halford be the opening act! Judas Priest already had a soft spot in my heart since it was the first concert that I had ever seen back in 1986. I wasn’t familiar with any of Halford‘s solo material but all the songs sounded pretty good with funny enough “Cyberworld” being the highlight on that night for me in terms of the solo material. I would definitely pick “Resurrection” or “Made In Hell” now if I had to pick the best solo songs that were played that night. In any case, I was over the moon by the time that Halford played “Electric Eye” and to hear a couple more Priest classics (“Riding On The Wind”, “Breaking The Law” and “Tyrant”) was icing on the cake. I was particularly pleased to hear Halford play “Tyrant” as it was always one of my favourite Priest tunes back in the day.

I wasn’t able to find any video footage of Halford‘s opening set in Toronto but did find the following one a couple of months later in Worcester, Massachusetts, which reminded me of the Toronto show.

Halford performing live at The Palladium in Worcester, Massachusetts, USA on October 17, 2000:

Before long, it was time for Iron Maiden to hit the stage. The backdrop was based on the Brave New World cover. As seems customary for Iron Maiden whenever they have a new album to promote, the first song played was a new one. “The Wicker Man” sounded awesome and it was neat to see the three guitar attack of Dave Murray, Adrian Smith and Janick Gers. Next up was “Ghost of The Navigator” which was a real treat since it was one of my favorite tracks from the album Brave New World. Once Maiden launched into “Wrathchild” and “2 Minutes To Midnight”, I was in seventh heaven. I was surprised to see Dickinson singing a couple of songs from the Blaze Bayley era (“Sign of The Cross” and “The Clansman”) but that’s simply the class act that Dickinson has proven to be putting his ego aside to perform whichever song from the Maiden catalogue. As an example, have you ever heard David Lee Roth singing a Sammy Hagar era Van Halen tune? Dickinson is truly a class act!

I suppose that bands know how many tickets are sold in advance of their concerts because Dickinson chastised the Toronto audience for the lack of turnout (I believe that there were one about 4,000 people in attendance) as he mentioned that there were many more people in Montreal, Quebec City or both. At the time, I had thought that Maiden had already played those markets but it appears from setlist.fm that Maiden were going to play those two cities after their Toronto tour stop. It didn’t take long for Iron Maiden to build their “brand” back up in Canada though as every show that I saw them play at afterwards during the last 20 years in the greater Toronto area seemed sold out. On another note, I was surprised by how much new material from Brave New World that Iron Maiden ended up playing. However, since that time, I’ve probably seen Iron Maiden an additional ten times in concert and now know that if they have a new album to promote, they like to play lots of new material from it.

Iron Maiden closed off their set with a slew of classics which included the epic “Fear of The Dark” and the obligatory “Iron Maiden.” I was very pleased to see the band play three encore songs including “Hallowed Be Thy Name” and “Sanctuary.” Overall, Iron Maiden with Halford opening will always stick out as one of my favourite concerts of all time. 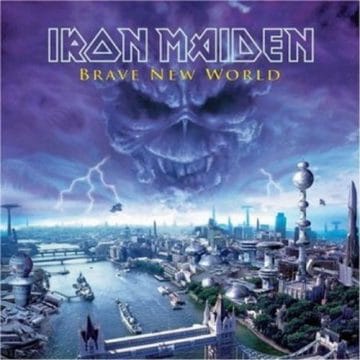 Once again, I wasn’t able to find any video footage of Maiden‘s set in Toronto but did find one for a concert performed months later in Morrison, Colorado, which also reminded me of the Toronto show.