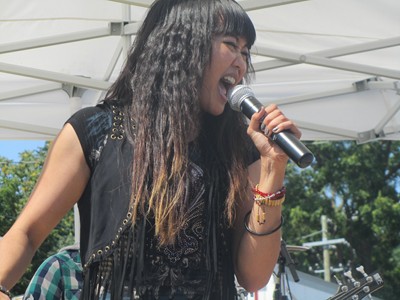 With my family out of town, and a well-timed work meeting in Fort Erie on a Saturday morning, my return home to Toronto would include a stopover in a little town that I had never been to before — Dundas, Ontario. The occasion was that the band J’Nai was going to play an outdoor set in the middle of the afternoon at the Cactus Festival. For those of you not familiar with J’Nai, they are one of many hot up and coming bands emanating from the Toronto region.

J’Nai‘s motto, on their little business card sized handouts, is ‘Rebel Rock at its Finest’. In other words — and based on my own interpretation — a rocking band with some class. Given that there were three different stages spread out throughout the Cactus Festival — which I had never been to before — and since I was only able to find parking five minutes prior to J’Nai‘s very early start time of 1:30 pm, I had to quickly find the stage where they would be performing. Luckily for me, the band started about ten minutes later than expected so I was in position for the start of their show. 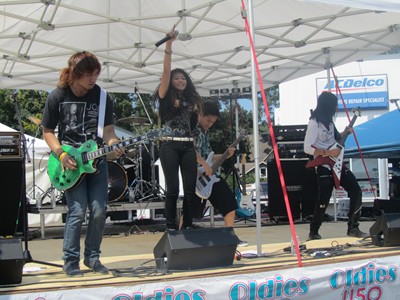 J’Nai kicked off their set with a rousing rendition of Rainbow‘s “Kill The King”. During the two prior times I caught the band in concert they had only played eight songs, including two covers, and always opened for bigger more well known bands — Faster Pussycat and Stryper. I was expecting about the same amount of songs this time around, so when J’Nai played three additional covers for their second, fourth and fifth songs, I became concerned that I would not be hearing some of the band’s original compositions at the expense of these cover songs. To add to my concerns, I was not that crazy early on about the choice of covers (aside from “Kill The King”) — Billy Talent‘s “Devil On My Shoulder”, Biff Naked‘s “I Love Myself Today” and Paramore‘s “Crushcrushcrush”. I was close to pulling the plug on this review seeing that I did not think that those last three cover songs would fit the Sleaze Roxx musical scope. That being said, J’Nai sounded great playing all of these songs, and if I ever purchase CDs by the aforementioned bands they will have J’Nai to thank for that. 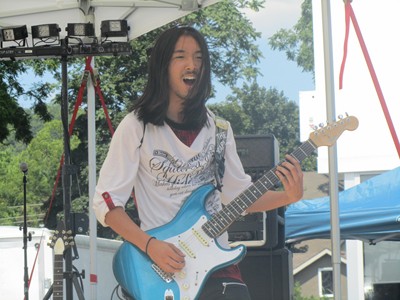 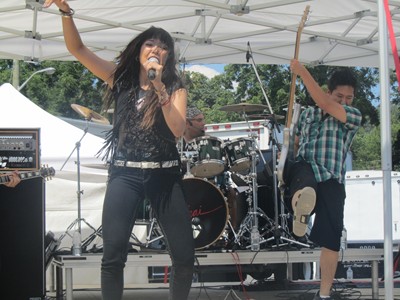 The first original that was played by the band was my favorite J’Nai song — “Away From You”. Pat Benatar‘s “Heartbreaker” eventually followed and got the best crowd reaction up to that point of the show. From then on, J’Nai started playing more originals, including three in a row — “In The Light”, “Skipping Stones” and “Gone”. In addition, female lead vocalist J’Nai explained that the band was playing a 75 minute set for the very first time — what a bonus! The choice of cover songs started getting a lot better as well, from Iron Maiden‘s “The Trooper” to Motley Crue‘s “Dr. Feelgood” to Heart‘s “Crazy On You”. That is when I really took note of what a great singer that J’Nai is. Those last three cover songs showcased three very different vocal styles, yet the frontwoman sounded great during each of them and in particular during “Crazy On You” which seemed tailor made for her impressive vocal capabilities. 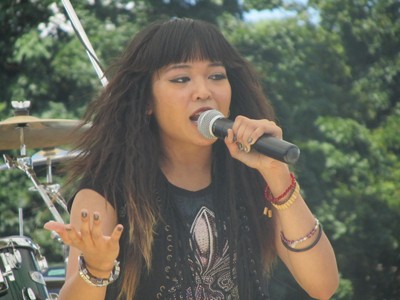 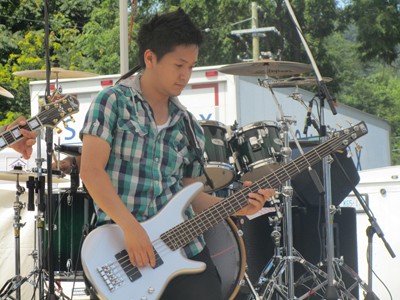 Even though it was a warm afternoon and J’Nai had two more shows to play that day — one in Cambridge at the Rock The Mill Festival at 5 pm and one in Oakville at the Shine Festival at 8 pm — the band members kept the energy up by jumping around in their usual bombastic fashion. It certainly appeared that the band gave it all that they had even though they still had two more shows to play. Guitarists Richie Nguyen and Stephan Nakamura‘s “trick” of swapping guitars by throwing their respective instruments to each other went off without a hitch during another J’Nai original “Defeat Them All”. Another seemingly new trick was when J’Nai herself rolled over bassist Dave Alcordo‘s back while he was hunched forward. These various tricks add an extra dimension to the band’s act that not a lot of other groups are doing. Being entertained while listening to great tunes is exactly what I like so I appreciated the extra effort. 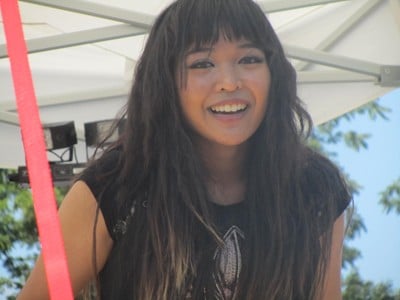 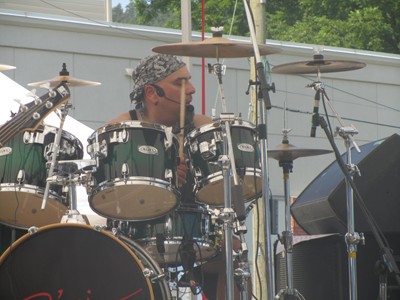 J’Nai closed off their set with covers of Guns N’ Roses‘ “Welcome To The Jungle” and Heart‘s “Barracuda”. Upon obtaining one of the list of songs posted on the stage from guitarist Nakumara — thank you very much — I noticed that J’Nai had planned a much longer set than what was eventually played. Of note was that they had planned a cover of Rage Against The Machine‘s “Bombtrack” — I would have loved to hear that one! Hopefully that cover song shows up in the band’s set during future shows, or better yet, whichever show that I catch in the future!

I should note that there were quite a few bands/acts that were scheduled to follow J’Nai that day at the Cactus Festival but I did not stick around to watch any of them. I have to give a lot of credit to J’Nai, the band seems to be creating a lot of opportunities for themselves — perhaps it is due to having a manager — and have the luxury of being able to blend in with different musical styles rather than just straight-up hard rock and metal. It is no surprise that J’Nai keeps picking up more and more fans as the band certainly has won me over and I look forward to hearing some new material — hopefully in the not too distant future. 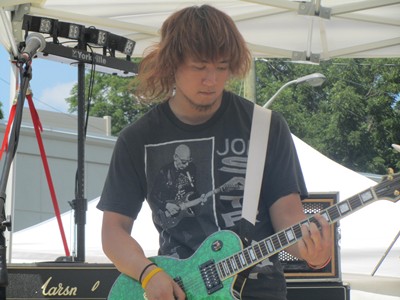 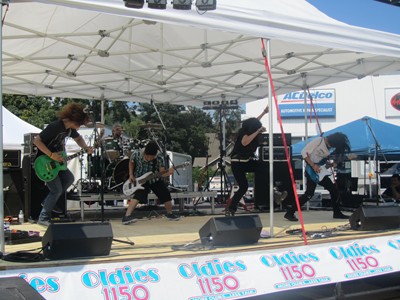