THE PRIEST IS BACK TWICE IN VANCOUVER! 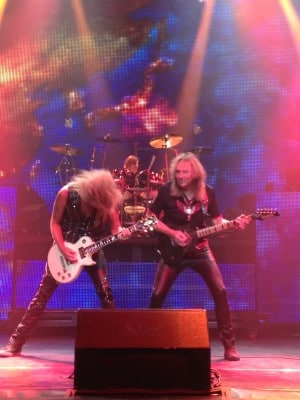 I got into Judas Priest around ’82 and worked my way back through their catalog. This would be my sixth and seventh time seeing them. Three times on this tour alone! First time was the Ram It Down tour in ’88 with Slayer opening. I really enjoyed the Redeemer Of Souls album. Great songs with awesome guitar solos. Some with an ’80s flare. I went to the show with my best buds, Denis and Lance. When the doors opened, Denis and I ran to the rail. Yup, we’re in our ’40s and that’s what we do! The Hard Rock holds approximately 1,200 people. And to my surprise, there were a lot of young people there. And no opening act as well. 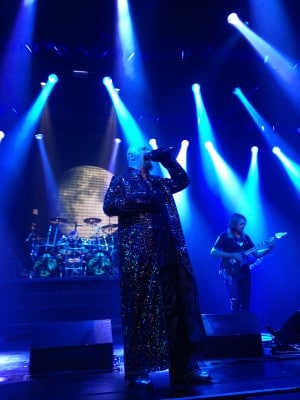 I’ve gone to as many Priest shows as I can since Rob Halford‘s return. And I go for three songs for sure — “Metal Gods”, “Beyond The Realms Of Death” and “Painkiller!” But tonight, “Halls Of Valhalla” please. Opening with “Dragonaut” and straight into “Metal Gods” with fists in the air, the audience sang the chorus. And surprisingly, next was “Desert Plains.” Glenn Tipton was just slaying “Victim Of Changes” with Richie Faulkner. Which brought us to “Halls Of Valhalla.” Faulkner was there to shred! He was almost always at the front of the stage interacting with the crowd. Scott Travis drove his drum kit like a high-octane muscle machine. What song starts with a smiling Ian Hill? Stage right. “The Rage” was next. Which leads me to the “Metal God.” Halford can still belt out and hold notes forever as heard on the epic “Beyond The Realms Of Death.” Kicking my ass even more on “Painkiller.” Can this song get any heavier? You bet! Priest is a band that sounds amazing live. To top it off, Scott Travis handed me a a stick! 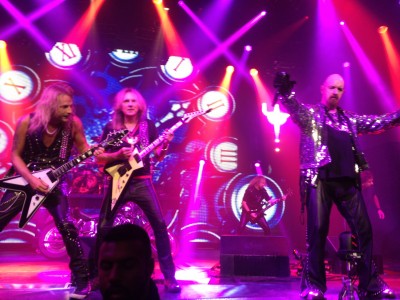 So what was different on the second night? They added a crunchy “Turbo Lover.” And I got to meet the “Metal God” himself before the show! A smile, hand shake, an autograph, and photo op! Halford’s fans are first. So in conclusion, always see your favorite band in a small venue. It’s up close and personal. And sounds amazing! And if ever given the chance see both shows back to back, you’ll never regret it! Don’t just go SEE the Metal Gods. BE the Metal Gods! 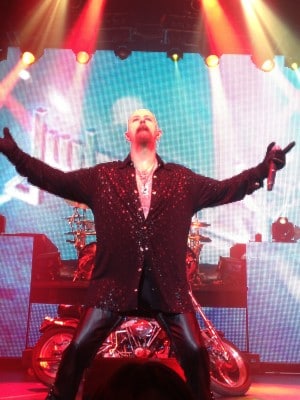