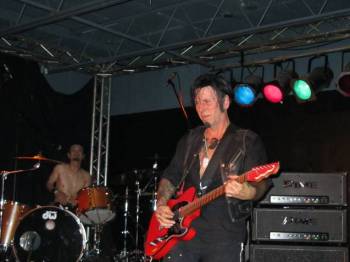 Having heard the news that Dilana was going to be the lead vocalist for the Tracii Guns‘ led version of L.A. Guns, and having seen and heard what a great vocalist she was on the TV show Rockstar, I was really looking forward to checking them out at the Rockpile in Toronto.

Perhaps it was the lack of advertising, or simply the sad state of hard rock/heavy metal generally speaking, but the Rockpile venue was pretty bare for such a legendary band. Then again, when I first saw the Tracii Guns/Phil Lewis version of L.A. Guns more than 21 years ago in a similar bar type venue in Ottawa, the crowd was about the same, or at least as far as I can recall. 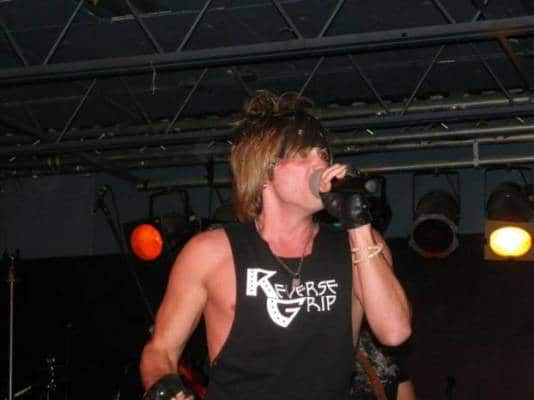 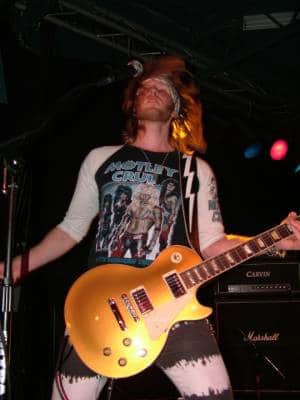 I arrived around 10 pm or so at the Rockpile so missed whichever opening acts were on before that time. However, I did get the opportunity to see a new band, Reverse Grip, which caught my attention. It was mostly because I felt like I had been transposed back to the glory days of Los Angeles’ Sunset Strip days in the early 80s. The guys in Reverse Grip had the ‘look’ and sound of all of the great bands that I had enjoyed back in the early 80s — Ratt, Motley Crue and even Poison, with a bit of Guns N’ Roses like attitude.

Truth be told, I had never heard of Reverse Grip, but later learned that they were a local Toronto band formed by the three Broda brothers. I did not know any of their songs but easily recognized the one cover song, Guns N’ Roses‘ “It’s So Easy”, in their seven song set. I was pretty sure that I knew the name of their last song as well, “Nasty Reputation”, and I was later confirmed correct in my not that brilliant analysis. Whatever the case, the guys in Reverse Grip put on a good show and seemed genuinely excited to be playing. Their songs were quite catchy, a la Poison, but had more of a sleazy type feel like Faster Pussycat with lyrics sometimes resembling Steel Panther‘s sexually charged lyrics. Perhaps the thing that sets these guys apart is the singer Dru Broda who has an original sounding raspy voice.

As I later learned, Reverse Grip appears to be a relatively new band that has just released a four song EP. Songs like “Take It To The Limit”, “Singapore Sling” and their single “Nasty Reputation” are all very catchy and easy to listen to. Definitely a band to keep an eye out for in the future. Hopefully, Reverse Grip will be able to make it out of the rather dead Toronto metal scene (unless you are a superstar band such as Iron Maiden, etc.).

L.A. Guns finally hit the stage at about 11:20 pm or so. The stage set was a ‘no frills’ set with not even a banner in the background with ‘L.A. Guns’ on it. The only real difference between the stages used by Reverse Grip and L.A. Guns was that the headliners appeared to have a deeper stage with their drummer Doni Gray‘s kit being nestled quite far back. Perhaps L.A. Guns had more lights, but being up front near the stage I didn’t really notice. 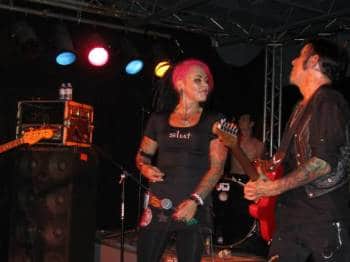 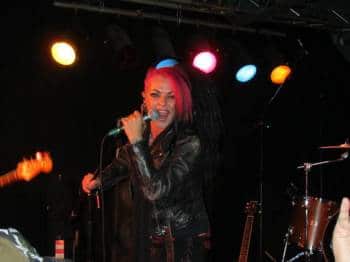 Hitting the stage with “Over The Edge”, things ramped up quickly by the time they played “Never Enough”. One thing was clear, Dilana had a great voice and could easily handle the L.A. Guns classics. Perhaps as a way to get Dilana into the band, the rest of the guys played a few of her originals including a song entitled “My Drug”. Dilana‘s penned songs blended fairly well with the classic L.A. Guns tunes although it was clear what people were there to hear — the classics such as “Electric Gypsy”, “Rip And Tear” and “Sex Action”.

Overall, I was a bit disappointed with L.A. Guns given that they only played 15 songs or so, they obviously dropped a few of their more popular tracks to make way for Dilana‘s own songs, and there was a lack of a real stage show. I should not really complain on the later issue given that it was still a treat to see Tracii Guns and some form of L.A. Guns playing in Canada after all these years and the price of admission ($20 or so) was very cheap (about four or five times less) compared to what I had to pay to see Judas Priest in concert a few weeks later.

Perhaps the saddest part of this latest Tracii Guns‘ lead version of L.A. Guns is that Dilana has now left, or got fired, from the band, which is a real shame since she has a great voice and could really belt out the L.A. Guns hits. It would have been fun to see what Tracii and Dilana could have come up with for the next L.A. Guns recording. Obviously, it was not meant to be.

I guess that we will have to wait for Dilana‘s apparent upcoming book to find out what really happened (at least from her point of view) and resulted in this version of L.A. Guns breaking up so quickly. But at the end of the day, whoever showed up at the Rockpile was treated to an evening of good old-fashioned sleaze type rock and that is all that really matters. 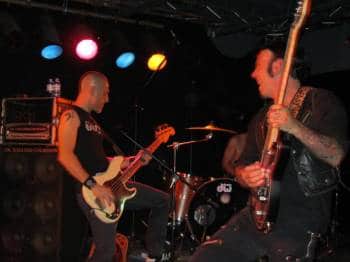