WHAT L.A. GUNS FANS HAVE BEEN WAITING FOR — TRACII GUNS AND PHIL LEWIS REUNITED 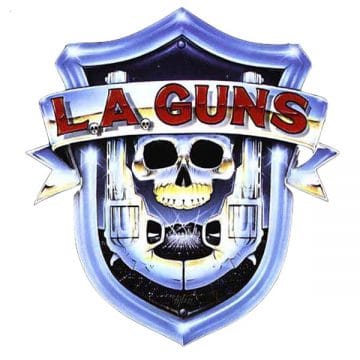 Finally! What every L.A. Guns fan has been waiting for — a tour that actually has two of the most important founding fathers of the band in the actual band together — Tracii Guns and Phil Lewis. I’ve witnessed every Tracii Guns‘ versions of L.A. Guns as well as Phil Lewis’ version with Steve Riley, and I always left their shows never completely satisfied. That’s because I’ve always felt that Phil and Steve‘s version of L.A. Guns was not musically satisfying with the various guitarists that they had never doing the music justice. The same thing goes for the roster of vocalists Tracii had through all the years. I always felt none of his singers (other than Lewis) ever cut it for me doing the L.A. Guns music. As a fan of L.A. Guns, I supported both Phil’s and Tracii’s versions but it never felt complete. That being said, I’ve never been happier as a fan than now that Phil Lewis and Tracii Guns are now touring together again doing what both should have been doing a long time ago together. 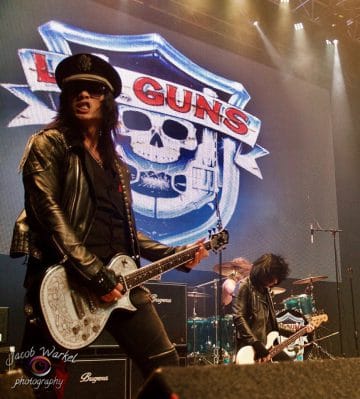 The Arcada Theatre in St. Charles, Illinois, which is a west end suburb west of Chicago, was going to host a killer show with Tracii Guns and Phil Lewis back together as L.A. Guns. I was so stoked to see the show myself and as I talked to some of the fans that were making their way in, they could not be happier that Phil and Tracii were back together again as well. Most of the fans’ comments were mainly ripping on Steve Riley and blaming him on why this had not happened sooner. All and all, who cared? It was happening now and that’s all that mattered. A lot of fans wanted to hear the new album Missing The Peace that will be released on October 13, 2017 via the Frontiers Music label. Many were wondering how many new songs L.A. Guns were going to play on this night other than the first single “Speed.”

L.A. Guns took the stage with “No Mercy” from their self-titled debut album L.A Guns, which was released in 1988. They came out hard and heavy with “No Mercy” just ass kicking in your face and giving the crowd the energy right off the back. They seemed to gain speed as the crowd fueled their energy. Phil and Tracii both looked extremely happy and tuned in for what was going to be a killer night of music ahead. Up next was “Electric Gypsy” which is also from L.A. Guns‘ 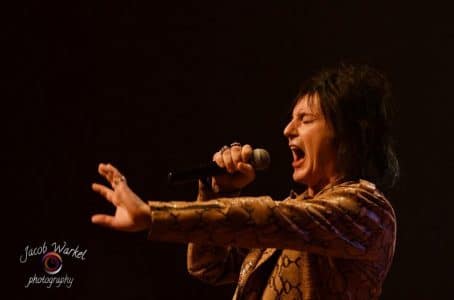 debut album. This reminded me of their video as they where riding their Harleys out on some desert roads somewhere. Phil’s vocals were sounding awesome even though it was only two songs in and the band was sounding good at this point. From the 1994 album Vicious Circle, “Killing Machine” was another good song choice for the order in the set, which flowed nicely from song to song. The crowd was totally digging the show.

Tracii Guns began to play his bow on his guitar before the start of “Over The Edge” from 1991’s Hollywood Vampires album and which also appeared on the soundtrack for the 1991 Point Break movie. One of my favorites, “Bitch is Back” from what I consider to be their greatest album ever — their 1988 self;titled debut album L.A. Guns — was next. The stage presence from all members was great to see. So far, it was not 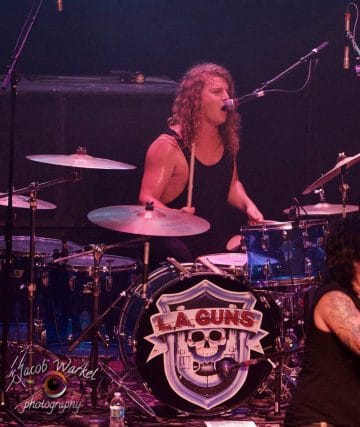 boring and Phil Lewis totally controlled the stage. Next up was one of L.A. Guns‘ biggest hits and crowd favorites — “Sex Action” — which of course pleased the fans. Next up was the more important track being “Speed” which was a new one from L.A. Guns and something this crowd wanted to hear for something new and refreshing. “Speed” definitely keeps to the old school hard and heavy edge that distinguishes L.A. Guns from the rest of the Hollywood bands. When you hear L.A. Guns, you know instantly who the hell it is.

With the classics “One More Reason” and “Kiss My Love Goodbye”, Tracii Guns looked like he was having so much fun up on stage. It was great to see Tracii and Phil up there onstage both looking happy and enjoying playing together again. It definitely got the fans to be more into them as they were watching the show. “Don’t Look At Me That Way” from the 2001 album Waking The Dead had bassist Johnny Martin head banging strongly as he had been so far all night. He played with his long open leg style stance on stage as well just rocking out. Next up was the Prince cover rendition of “Purple Rain” which was sung by guitarist Michael Grant who did a great tribute to Prince. Most of the people who had never seen Michael sing this song before tonight were pretty amazed. Tracii Guns ripped a killer guitar solo, which never disappoints 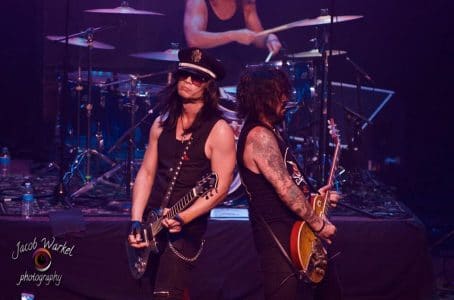 from shredding to bluesy rock to licks to classic tapping and then straight into “Never Enough” from 1989’s Cocked And Loaded. “Jelly Jam” was an instrumental that for the first half let Michael Grant show more of his guitar solo abilities and than the second half, Tracii Guns showed off his guitar abilities again.

The next song was the band’s most popular biggest success hit song of all-time — “The Ballad of Jayne” — which peaked at number 25 and 33 respectively on the Billboards Mainstream Rock Chart and the Billboards Top 100. This no doubt helped make the album Cocked And Loaded eventually go platinum. Phil of course let the crowd participate in singing the song along with him. “Rip And Tear” was the last song on the night. I must say that all night, Tracii Guns looked more at home on stage with Phil up there with playing their classics and the new song “Speed.” Tracii was a monster on guitar on this night and has always been a beast on 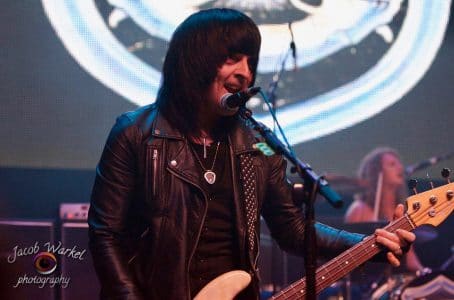 guitar. Phil Lewis was always looking in control and managing the stage as he should while engaging the crowd constantly. Phil is a show man for sure and his voice held up well. I thought he sounded great all night. Michael Grant is a solid rhythm guitarist who has a great voice which helps fill backgrounds well and can in his own right, shred if necessary. Johnny Martin helped drive the rhythm section with his bass abilities as well as his background vocals. Shane Fitzgibbon was a solid time keeper behind the drum kit as well as a good background vocalist. Shane’s drumming was well rounded and definitely not one dimensional.

By far, this L.A. Guns line-up of Tracii Guns and Phil Lewis with guitarist Michael Grant, bassist Johnny Martin and drummer Shane Fitzgibbon is bar none, the best since the original line-up. I certainly hope this line-up will stay together for a long time to come. Sure, most fans would love to see all original members back again but that’s just not going to happen here and as for now, this is the best line-up to date. I encourage you to go check them out when they are anywhere near your neck of the woods or what the hell — travel to see them as they won’t disappoint. 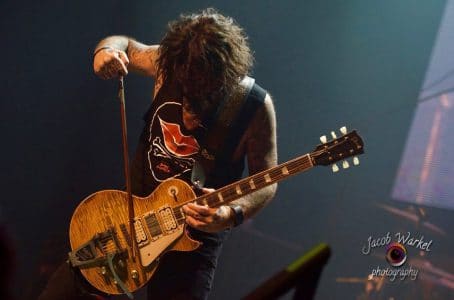 LA Guns- Bitch Is Back