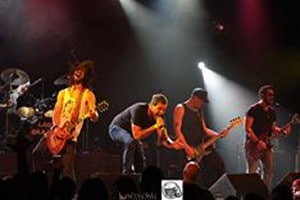 There’s nothing like supporting a good cause. Last Bullet has been a regular supporter of Jump Off, a fundraiser for the Princess Margaret Cancer Foundation, and this time the Toronto based band was the headlining act for the fundraiser’s third edition entitled… Jump Off 3. No doubt to attract as many people as possible, the various (nine I believe) bands and acts playing at Jump Off 3 were quite diverse ranging from hip hop to bad ass rock like Last Bullet. I do confess to having missed most of the opening bands given that I am not a hip hop fan by any means. Whether you were a hip hop fan, metal fan or whatever, from the instant Last Bullet hit the stage after their opening intro, “March Of The Cowboy”, there was no doubt who was going to own the stage that night and why the five band members had been asked to headline Jump Off 3. 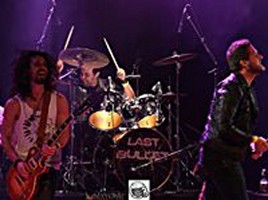 Last Bullet kicked off their set with a spirited version of “Cowboy” from their latest CD ‘Love.Lust.Ilusion’ and kept the pedal to the floor with their next two songs, “Can’t Move On” and “Jet”. What struck me was not only how good the band sounded but that lead vocalist Bryan Fontez sounded even better live than he did on Last Bullet‘s two albums. There is no question that I have gotten used to having lead vocalists being unable to hit all the notes they sing in a live setting — one just has to think of Van Halen‘s David Lee Roth or Motley Crue‘s Vince Neil as prime examples — but Last Bullet‘s Fontez did the exact opposite. Not only did he sound great, and was hitting all the notes, he could also hold those notes for a LONG time. Even the Last Bullet ballad “What Is Meant To Be” — a song that I have never been fond of — sounded fantastic and a lot of credit has to go to Fontez who sounded so much better live than when he sang it on the ‘Last Bullet EP’. 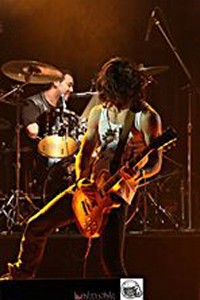 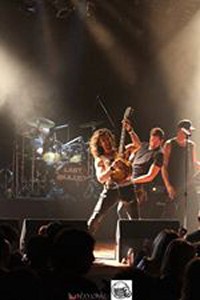 It is no secret that Last Bullet‘s songs are built on some solid guitar riffs and those riffs work wonders in a live setting. You simply can’t help but move your body, head or whatever to the guitar sounds and the credit has to go the shred masters of the band — guitarists Michael Silva and Brenden Armstrong. There was one song that I was not familiar with — and a lot of other audience members appeared unfamiliar with the song as well from what I could tell — which I will call the “Last Bullet” song given its lyrics apparently talking about taking one last shot. It was a great song and I hope that it makes it onto a Last Bullet CD in the future. 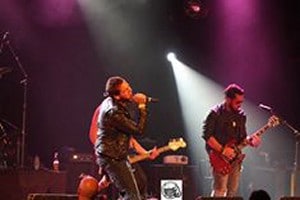 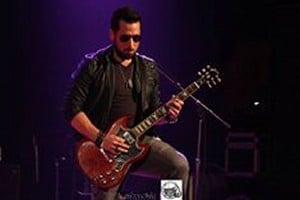 Almost all of the songs from ‘Love.Lust.Illusion’ made their way onto the set including “State Of Confusion”, “Runnin’ Out Of Time” and “Forget The Rest” — the latter will be the feature of the band’s debut video due very soon. The band finished their set with “Girl’s Gone Wild”, and it really looked like some girls in the audience were going wild on the floor when that song was playing. Although the band had announced that this would be their final song, luckily Fontez quickly advised the crowd that he had lied and that the band had one more song to play. Fontez went on to declare that Last Bullet would be retiring the next song — a rocking version of Elvis Presley‘s “Jailhouse Rock” — after this show. Apparently, the band might be sick of playing the song, but that is too bad because Last Bullet simply own this track and it is a real crowd pleaser. Hopefully one day that song will make its way onto one of the band’s future CDs — or even better yet a live album!

Although Last Bullet clearly owned the stage with their performance that night, Fontez did a good job of reminding the crowd why they were there — to support a very worthwhile cause. After all, who does not know someone who has been affected by cancer, or worse yet, someone who passed away due to the disease? At the end of the night, I left the fundraiser feeling that I had just seen Last Bullet deliver one of the best shows of the year.