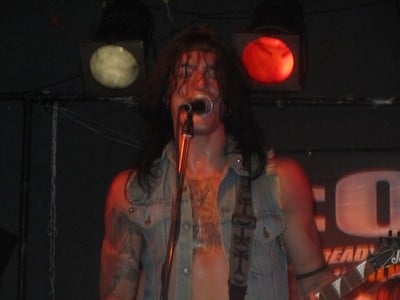 When is the last time you have been to a metal gig in a small club that starts on time? And what are the odds of the bill’s third scheduled band appearing onstage earlier than advertised? As I would unfortunately find out on this night, the Wacken Metal Battle Canada obviously keeps a very tight schedule. With my two year old delaying my anticipated departure time by a lot longer than expected, by the time I was ready to get to the Rivoli there were only fifteen minutes left until Midnight Malice would hit the stage at their scheduled start time of 11:00 pm.

Midnight Malice were one of five bands competing in the first round of the semi-finals of the Wacken Metal Battle Canada. Joining them on this night were Call Of The Wild, Phantom, Black Absinthe and Caym. The goal for all these bands of course was to finish as the winner of the Canadian competition so that they could grace the stage of the upcoming Wacken Metal Festival in Germany. While for many, the attraction for the night would be to see five Toronto based metal bands battle it out to see who would move on to the finals of the competition, my interests lied in seeing Midnight Malice play live once again — and this time with their temporary guitarist, who was none other than Diemonds‘ axeman Daniel Dekay.

Although fifteen minutes would be very tight for me to get to the Rivoli, I decided to take on that challenge and hope that things were not on schedule. The drive to downtown Toronto went without a hitch but the traffic along the always busy Spadina Avenue was quite frustrating — thankfully parking turned out to be easier to find than anticipated. Unfortunately, as I stepped into the Rivoli only about five minutes late, Midnight Malice were already onstage tearing up through a spirited set in a packed venue — which I understand has a capacity of about 200. 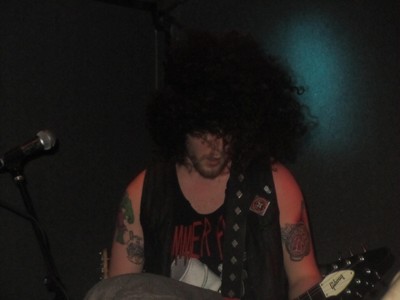 In hindsight, I should have paid more attention to how much time was scheduled between each band. With only 45 minutes between each set, it should have been obvious to me that each group probably wouldn’t play more than thirty minutes. I am not sure if Midnight Malice started their set earlier than 11:00 pm, but all I know is that I only got to hear four songs and by the time I stepped out of the venue it was only 11:24 pm! As it turns out, Midnight Malice now holds the record for the shortest set that morphed into a concert review for Sleaze Roxx.

Although I have enjoyed listening to Midnight Malice‘s debut record ‘Proving Grounds’ many times during the last year, one thing that I have not quite mastered is identifying what each song is called. Part of the problem has to do with playing the CD while doing other things and not completely paying attention to song titles. The other part of the problem is that Midnight Malice doesn’t seem to incorporate catchy choruses that might remind you of a title name. Therefore, although I was familiar with all of the songs that I heard from Midnight Malice on this night, identifying each one is a definite challenge aside from “Proving Grounds”, which was identified by lead vocalist and guitarist Caleb Beal during the show. I will also venture to say that “Blinder” was one of the last four songs played by the band.

Just like the two prior times I had seen Midnight Malice live, the band put on a spirited no-frills heavy metal assault in front of a packed crowd in a small venue with poor sight lines. It would be nice to see Midnight Malice get out of Toronto’s underground scene and play on a bigger stage fitting of the band’s talents — perhaps this opportunity will come at the 2015 Wacken Metal Festival. After what turned out to be a very short set from Midnight Malice, I elected to leave the Rivoli to catch Last Bullet play at the nearby Bovine Sex Club, which is literally located a few blocks away on the same street. Although Last Bullet were scheduled to play at midnight, the Bovine Sex Club was not at all on schedule since another band was setting up to play by the time I arrived at the venue. Not wanting to stick around waiting for at least another hour before Last Bullet would take the stage, and with my parental duties looming in the back of my head, I decided to call it a night — unfortunately the drive home turned out to be a lot longer than the drive in.

Was all of this worth it just to see Midnight Malice play for what was around twenty minutes? I think it was, although I would have liked to have seen and heard a full set from the self-proclaimed’ Toronto’s Bad Boys of Metal’. As it turns out, I was not the only one impressed with Midnight Malice’s performance, as the band was voted in to take part in the 2015 Wacken Metal Battle Canada finals which will be held at the Opera House in Toronto on June 6th. 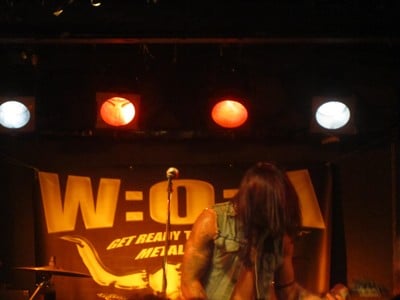