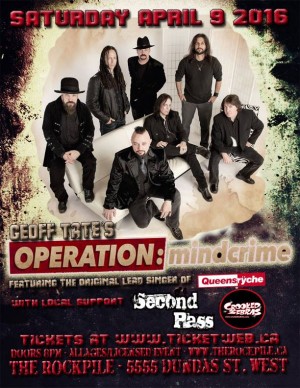 There is nothing like going to see one of the premier heavy metal vocalists of all-time sing and especially when that singer still “has it.” I must have not been the only one thinking that because The Rockpile seemed pretty much already packed by the time I arrived at the venue at around 10:15 pm (or perhaps later). Upon arriving, I ran into some familiar faces as well as some surprising ones. I was not surprised to see that The Rockpile seemed quite busy with Queensrÿche‘s former lead singer Geoff Tate topping the marquee. While it was Operation: Mindcrime that was officially the headliner on this night, there seemed no question that it was in fact Tate that everyone had come to see. Why, even my ticket stub stated “Geoff Tate’s Operation Mindcrime.” I had previously seen Tate play back on June 1, 2013 when he was operating under the name Queensrÿche even though he had left that band. At that time, Tate had played a much bigger venue in the form of Casino Rama about one hour and a bit north of Toronto. Accordingly, it was no surprise that he would be a strong draw for The Rockpile with an apparent capacity of about 350 people. 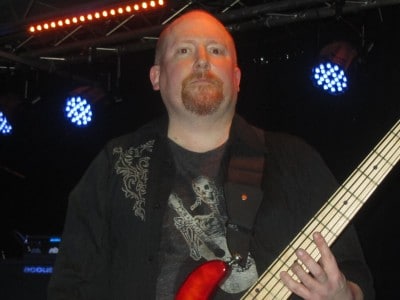 I arrived just as local Toronto band Second Pass were doing a great job of warming up the crowd for the main course. As it turns out, Second Pass only had three songs left to play but all three — “No One Will Tell”, “Biting My Tongue” and “Hate The Keeper” — were really good and seemed to showcase Second Pass having found their sound, which I can describe as a combination of classic hard rock with some heavy grooves and one heck of a female singer in Veronica McNamee. I was actually disappointed to only catch the latter of Second Pass‘ set and also opener Crooked Zebras — who had played a really good set when I first saw them  open for Quiet Riot back in 2013 — but such is life. I just got too many things to attend to! 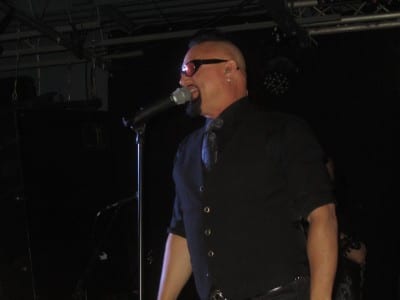 You can imagine my surprise when I took a look at the setlist and saw the names of lots of songs that I was at times only vaguely familiar with to ugh, not familiar with at all. There was the potential for one long night and I am not talking because Operation: Mindcrime were scheduled to play 20 songs! There were only nine songs that I was very familiar with including “I Am I”, three tracks that I had no idea where they were coming from (“At 30,000 Ft.”, “The Weight Of The World” and “The Fall”), three new tracks that I could identify stemming from The Key album (that I am not fond of) and the rest falling under “familiar title but not much else.” Ugh. At best, Operation: Mindcrime‘s setlist would appeal to the diehard Queensrÿche fans that love the more “experimental” material that Tate seemingly led Queensrÿche and now his band Operation: Mindcrime towards. Judging from the crowd reaction to the various songs played, most people were in my boat hoping to hear the classic Queensrÿche songs yet having to wait patiently while Tate and company played one underwhelming song after another. 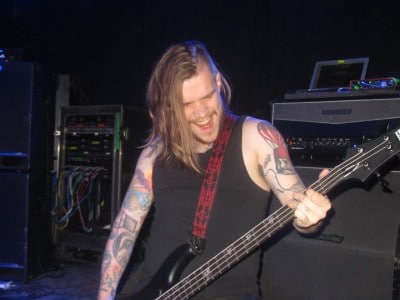 Operation: Mindcrime kicked off their set with “Neue Regel” and “Screaming In Digital” from the Rage For Order album. These two tracks fell under the “familiar title but not much else” for me as I have never got into the Rage For Order album. In any case, both songs were pretty good. The Operation: Mindcrime line-up was not what I was expecting. The legendary Simon Wright was behind the drum kit but I really could not see who was playing back there until he left the stage just prior to the encores. Aside from Tate, guitarist Kelly Gray was the only familiar face until I spotted Wright late in the night. I have never heard of guitarist Scott Moughton, keyboardist Randy Gane or bassist Tim Fernley. Although I may not have been familiar with half of the Operation: Mindcrime line-up, I will say that the group overall sounded really good and Tate sounded fantastic although I sometimes felt that some of the songs that he ended up playing were not as tough to sing as the earlier Queensrÿche “classics” that were omitted from this night. After the first two songs, Tate addressed the crowd for the first time stating that Operation: Mindcrime would be playing songs from all of Queensrÿche‘s albums before introducing 1994’s “I Am I.” It must have been at least a decade since I heard that song and it was fun to hear it again. 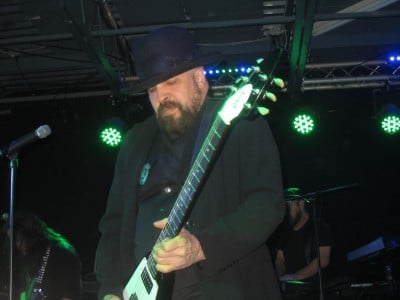 From then on, it became more an exercise in tolerating subpar songs to my ears while waiting for my favorite Queensrÿche songs to be played. “I Don’t Believe In Love” was the first song to seemingly get truly a strong reaction from the crowd. Although I owned the Promised Land album at one point in my life, it was stolen from me back in 1996 and I did not recognize the song “One More Time” about 20 years later but it did sound pretty good live. “At 30,000 Ft.” from the American Soldier album (one of my least favorite Queensrÿche albums) and “spooL” from the Hear In The Now Frontier were on the dull side live. Interestingly, there was an acoustic portion to Operation: Mindcrime’s set, which stood out as one of the highlights of the show. Tate sounded fantastic on “Jet City Woman” and it was neat hearing an acoustic rendition of “Take Hold Of The Flame.” “Silent Lucidity” lived up to its billing as arguably the best ballad ever written by Queensrÿche. Surprisingly to me, I really enjoyed the track “The Weight Of The World” from the Frequency Unknown album, which is still rather unknown to me!

Geoff Tate and his Operation Mindcrime band at the Rockpile in Toronto, performing a semi-acoustic version of “Jet City Woman”. I think he’s still got a rea…

Tate then warned the crowd that a number of new songs would be played. Although he got the crowd to cheer about the slew of new songs to be played, it was a rather lukewarm audience reception that he got in that regard. While “Re-Inventing The Future” brought back memories of vintage Queensrÿche, the rest of the new tracks from The Key were again on the dull side. Of note, Tate seemed to be really into the new songs while they were being played. Finally, the part of the show that I had been waiting very patiently for was about to come. Five songs that I knew well including one of my favorites by any band — “Empire.” The last four tracks played by Operation: Mindcrime had the crowd singing along and really getting into it. One wonders just how good the show could have been had Tate and company focused more on the albums between the Queensrÿche EP and Empire. 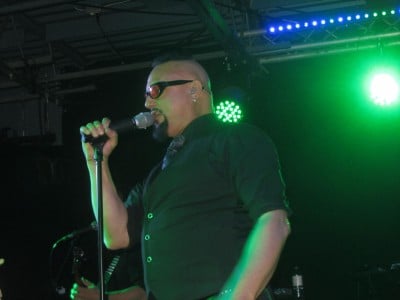 Overall, although Tate and company sounded really good, I was quite disappointed with the setlist and will not be attending another Operation: Mindcrime show if these are the songs that Tate continues to play. I do recognize that diehard Queensrÿche fans that like all of the band’s recordings would likely have been stoked by the setlist featuring many deep cuts. Nevertheless, I am not one of those diehard Queensrÿche fans so hearing “deep cuts” or little played songs was not what I wanted to hear on this night.