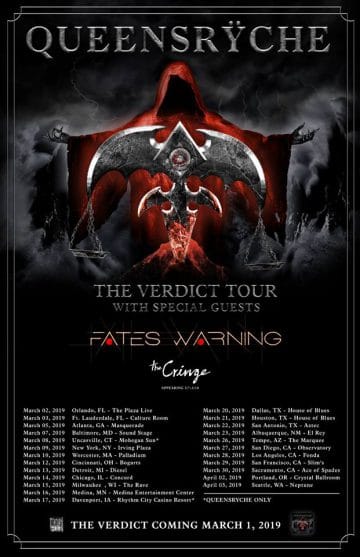 Queensrÿche are currently on tour to support their new album, The Verdict. Joining them on this run, is none other than Fates Warning. These two bands share a similar sound, but are also different in many ways. They both have a progressive sound to them and have loyal fans that show up in when they are in town. I will be honest, I am not that familiar with Fates Warning music, but I have heard their name mentioned many times since their incarnation in the ’80s.

I didn’t know what to expect when Fates Warning hit the stage. I thought they would start off with guns blazing, but to my surprise they opened with “From The Rooftops” which has a slow paced intro, but then kicks you hard in the face with thunderous drums and guns blazing guitars. Fates Warning didn’t lose any momentum in their ten song set that included fan favorites “One,” “Seven Stars,” The Light And Shad of Things,” and many others. 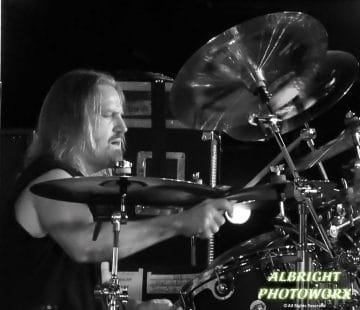 Vocalist, Ray Alder, acknowledge to the crowd that it has been a long time since Fates Warning had been to Minnesota, but that it wasn’t their fault, but it is the fault of concert promoters not bringing them to that state. Alder said he would love to come back, as they had many faithful fans in attendance. The crowd was singing along to every song and banging their hands in the air as they controlled the stage. Bassist, Joey Vera (who also plays with Armored Saint), made the stage his own playground. He was having a blast on stage head banging and throwing out “high fives” to people up front. Drummer, Bobby Jarzombek, was busy behind the kit with the speed and articulate drumming that is part of Fates Warning music. Guitarist, Jim Matheos and Mike Adbow, were great with their harmonizing guitar playing and furious solos. Fates Warning had a surprise for their fans, as original bass player, Joe DiBiase, showed up and played “The Eleventh Hour.” This was truly a treat for the diehard fans — to see DiBiase play bass again with the band he helped 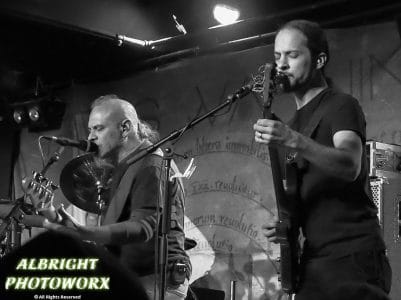 get started. Fates Warning ended their set with “Point Of View” and now the crowd was ready for Queensrÿche.

Queensrÿche first came to the rock/metal scene with their debut EP Queensrÿche in 1983. Fast forward to 2019, Queensrÿche are still alive and kicking with their new release The Verdict. Like many bands that have been around this long, line-up changes can and do happen. Lifelong fans of Queensrÿche had to deal with original guitarist, Chris Degarmo, leaving the band in 1998 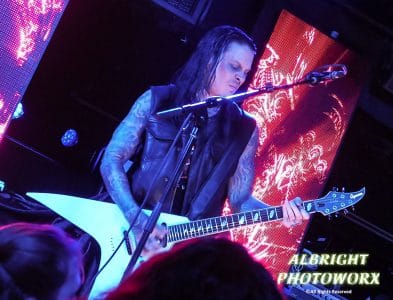 and original vocalist, Geoff Tate, out of the band in 2012. Most bands would call it quits after losing two pivotal members over the years, but not Queensrÿche. Queensrÿche are stronger than ever and with the last three albums with new vocalist, Todd La Torre, have indicated that they are not about to give up and will deliver to their fans the classic Queensrÿche music they love. Some will say that the last few albums they did with Tate, were starting to sound like a different Queensrÿche and were not happy with that direction. Then La Torre arrived and breathed new life into the band and brought back the sound the fans have been missing for a few years.

Queensrÿche started their show with a song from The Verdict — “Launder The Conscience” playing through the speakers with visuals showing up on the four tower screens they had displayed on the stage. Once the intro was over, the band stormed on the stage to play “Blood Of The Levant,” the lead off track from The Verdict. This is one of my favorite tracks off the new album and I am glad they kicked things off with it. What a way to come out and show the crowd that we are here to kick your ass tonight! Queensrÿche went right into some deeper cuts as “I Am I” from Promised Land and then “NM 156” from The Warning followed. “Man The Machine” gave the audience another taste of the new album, if they 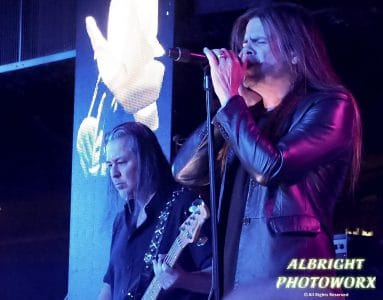 haven’t picked it up already. The epic “Condition Human” kept things going in the La Torre era of Queensrÿche too, which is one of my favorite songs from the 2015 Condition Hüman album. Queensrÿche then brought it back to the beginning with “Queen Of The Reich” which is always a fan favorite.

La Torre took a few minutes to address the crowd to make sure everyone was having a great time! He raised a glass and made a toast to all of us. He mentioned he was drinking tea as he was battling a cold. If he never told us he was sick, I would have never guessed it. He was sounding amazing and hitting all the notes. I even loved it when he would throw in a few deep growls in his vocals on a few songs. Bassist, Eddie ‘Ed Bass’ Jackson, was at his usual stage right position singing back-up vocals and showing just how talented he is on the bass guitar. He is definitely one of the most underrated bass players that has been around for 30 plus years. Guitarists, Michael ‘Whip’ Wilton and Parker Lundgren, were absolutely amazing trading off solos and harmonizing with each other on guitar. Yes, people miss DeGarmo, but Lundgren is doing a fantastic job filling his shoes and he is also creating new amazing music for Queensrÿche. Whip has been there from day one and has only gotten better through the years. There were times during the 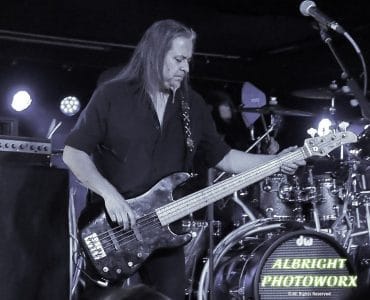 show that I was taken back at how well Lundgren and Whip were playing. They are phenomenal together and feed off each other. Scott Rockenfield (drummer) has been absent from the band for a few years to be with his family, so the band has recruited ex-Kamelot drummer Casey Grillo to handle the drums on tour. We all know Grillo has big shoes to fill, but he is the perfect man for the job. He doesn’t miss a beat and has a style all of his own.  This year he even had a custom kit built for this tour and it has an awesome set-up. He even has screens on his bass drums that change images from song to song.

With the discography that Queensrÿche have, they know it is very difficult to please everyone with the songs they play live. It is no secret for a band that has been around 30 plus years that the fans are going to want to hear the hits live. For a band like Queensrÿche, who are still putting out new music, they need to add those songs to the setlist. It is an opportunity for them to play the new songs live and give the crowd a chance to hear them, if they haven’t already picked up the new albums. With that being said, Queensrÿche filled half their set with the songs from the Tate era and half from the La Torre albums. Towards the end of the set, Queensrÿche kept to the classics with “Screaming In Digital” and “Take Hold Of The Flame” in which La Torre grabbed a phone from the crowd and videotaped the band from the stage, and “Eyes Of A Stranger.”  Then, for the encore, they played two of their biggest hits from the Empire album — “Jet City Woman” and “Empire.” 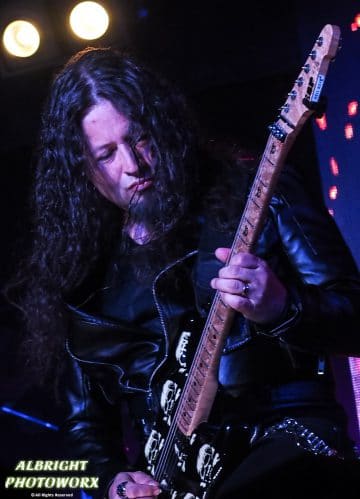 For anyone who has not given Queensrÿche a chance since Tate left, you are missing out. Since the addition of La Torre, they have released three outstanding albums that should please the old and new fans alike. If you think those albums are great, then you must see them live. The band is on top of their game and La Torre does justice on the Tate material.

Queensrÿche performing at the Medina Entertainment Center in Medina, Minnesota, USA on March 16, 2019: