THE RETURN OF RATT DOES NOT LIVE UP TO EXPECTATIONS

October 15th, House of Blues Houston — The return of Ratt! I was so pumped. I am a huge fan. I took the wife and my college aged son. It’s one of my son’s favorite bands and he’s seen them several times. I was going to be meeting some buddies down there. Everything was set for a night of awesomeness. 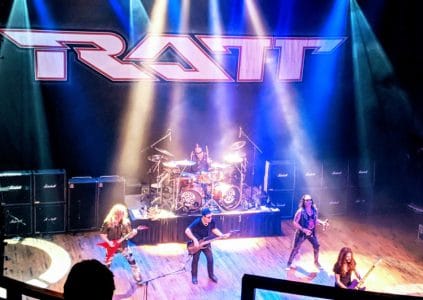 Unfortunately no. Not so much. I would call this night “Warren and Bobby’s Revenge” or maybe karma… I don’t know.

I have seen hundreds of shows in my life. I have never walked out on a show. I stay to the end. I never wanted to walk out of a show until last night. We are not quite sure of what we saw. The sound was horrible. The band seemed sluggish. The drummer and guitarists looked like they wanted to be anywhere else but there. And no disrespect to them because they played guitar way better than I will ever be able to play, but those guys — show, style and chops wise — couldn’t even be Warren DeMartini’s roadie. It was sad.

Stephen Pearcy, I know, has a knee problem… Totally get it. He could barely talk. I have seen him twice in the last year and a half with his solo band. He was much better at that time. He was great. Tonight…. He never said “Houston.” It seemed that he couldn’t remember how long he had been here. It was like he didn’t 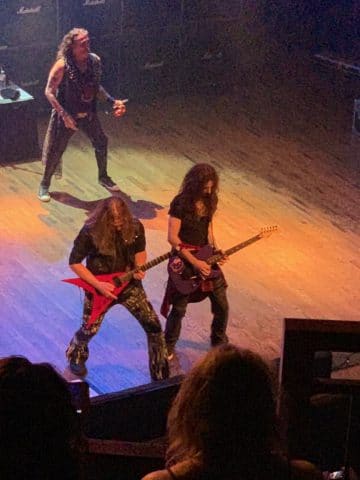 know where he was. He had a slow, broken, kinda robotic speech. He kept having the house lights turned on so he could see the fans… like over and over again. And an endless barrage of “fuck yeahs!” Everything seemed like it was in slow gear. He was on and off vocally. He kept walking off stage disappearing.

Then, then, there was Juan Croucier. He looked like he was rehearsing his moves for any number of ’80s Ratt videos with his little giddy up horsey hop thing he does… My son was saying “What the hell is this guy dad?” Mind you because although he has seen Ratt a number of times, he has never seen an incarnation with Juan. I had a lot of explaining to do. That wasn’t the worst part. So he sings the harmony parts. He was overpowering Stephen. So lots of times, all you heard was him singing harmony, which is not the melody.

Don’t get me wrong. There were parts of the show that was kind of pretty good. But more often than not, I told my wife that with about three or four shots, I think I would think this was incredible. But for the most part, it just felt like cluster.

There is something about the sound that Warren DeMartini and Carlos Cavazo, and before that, Robbin Crosby made. There was a cutting, clean, dirty, clarity, hugeness… Last night, it sounded muddy.

I have never wanted to ask for my money back anywhere anytime until last night.

It’s just so sad. It just seemed like a bad version of a cover band that… The new version of Quiet Riot put them to shame. 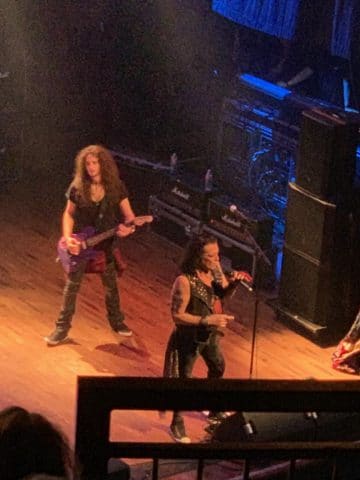 Stephen needs to quit taking people’s money and go home and have his knee replaced in January. He needs to quit mixing booze and pain killers. Because I have met him. He seemed to be a super nice guy. He is just in a bad spot. But stuff like last night does nothing for his or the band’s legacy.

Ratt performing “Wanted Man” at the House of Blues Houston in Houston, Texas, USA on October 15, 2018: