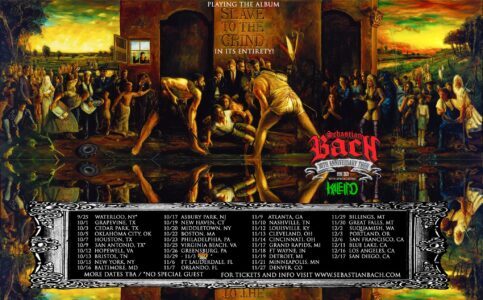 Sebastian Bach celebrated the 30th Anniversary of Skid Row’s Slave To The Grind album “in its entirety”.

Before the headliner, we had two opening artists. First up was Edgar Red. As their Instagram states, “A loud and rowdy rock band from Louisville, Kentucky.” They did not disappoint the locals with long hair, HEAVY drums and killer guitar riffs. Their set was about 40 minutes and included their rocking “Carolina Lemonade” that got the crowd really rocking.

Next up, was Kaleido, Detroit rockers who are the traveling opener for Sebastian Bach on this tour. Kaleido is fresh off joining KISS on the Kiss Kruise and it was easy to note that they are a seasoned band. Christina Chriss is the lead singer and she was a ball of energy. All over the stage, playing to the crowd, she is just a fantastic entertainer. Kaleido‘s set was another 40-45 minutes that began with “Die Trying” and ended with a song they wrote during their downtime from touring titled “Panic In A Pandemic.” During the show, I noticed Sebastian standing to the side of the stage rocking to “Dead To Me.” That was kinda 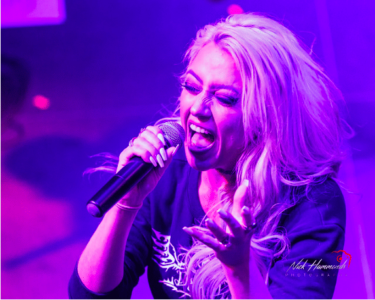 cool watching him supporting his opener.

Sebastian was scheduled to take the stage at 10 pm for a two-hour set. At about 10:05, I started noticing some of the stage hands and techs scrambling around one of the speakers to the back of the stage. I’m not sure what was going on with the speaker, 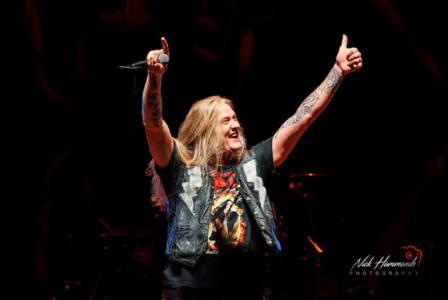 but at around 10:15, the band members started taking their spots on stage. When they hit the first notes of “Slave To The Grind”, Sebastian came running out with his long hair streaming behind him, grabbed the mic and started headbanging. At 53 years old, Sebastian’s voice is still one of the best of these ’80s rockers. He can belt it out when he wants to and I was really impressed with his ability to hold those long notes that most of these ’80s guys either cut short or let the crowd sing it for them. That is not what you get with Sebastian.

After “Slave To The Grind”, the band went right into “The Threat”, “Big Guns” and “Quicksand Jesus.” As promised, Sebastian weaved through the entirety of Slave To The Grind, as he told the crowd, “Entirety means all of the songs, even the ones you don’t like, but we have to throw a few more songs in 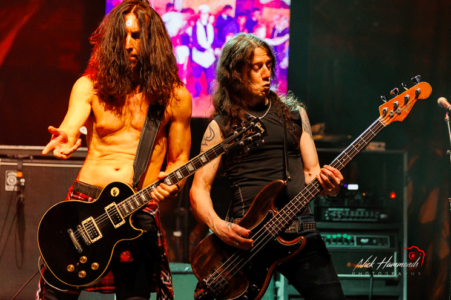 there because if I didn’t you guys would only be here for like 48 minutes.” The songs that he added in to fill up the two-hour set were “Big Guns”, “Sweet Little Sister”, “18 And Life”, “I Remember You”, “Youth Gone Wild” and appropriately the last song of the night, “Get The Fuck Out.” Great show! I highly recommend going out and supporting these guys that are still rocking on the road. 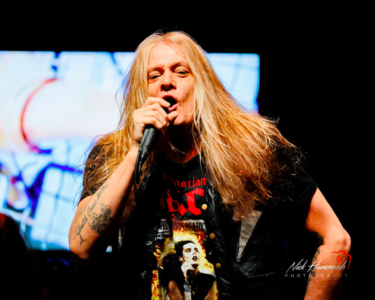