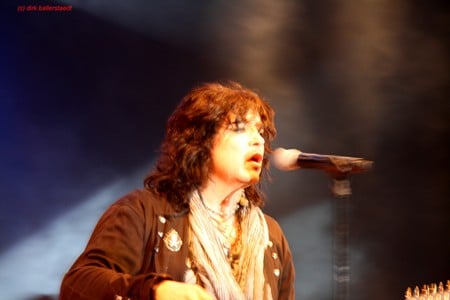 SHOUT IT OUT LOUD FESTIVAL

It took me a long time to drive to the Shout It Out Loud Festival (about 5 hours), but to me it was worth it because I wanted see Cinderella again, after 22 years, so badly — I guess that’s what fanship is all about. As I arrived at the venue, a hall for sports and concerts, I had to wait in line at the ticket booth so long that I missed the openers Hollywood Burnouts. 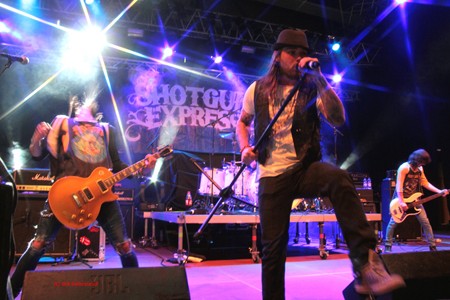 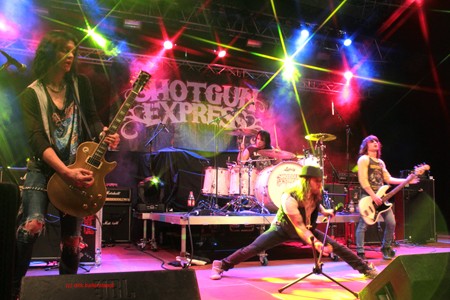 Shotgun Express was already on stage as I grabbed my camera to take some pictures. Roughly 400 fans were inside the venue at the time, which probably has a capacity of approximately 4,000 people. Back to Shotgun Express, these young boys from Germany are pretty heavy and play aggressive sleaze rock’n metal, and it wasn’t surprising when they did a cover of Skid Row‘s “Youth Gone Wild” (which they did well) alongside their own originals. After Shotgun Express it was time for another melodic hard rock band called Jaded Heart, who were the softest band at this festival. But the band put on a good show by playing original songs such as “Hero”. 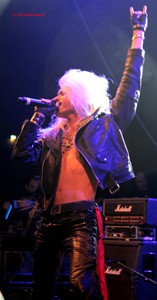 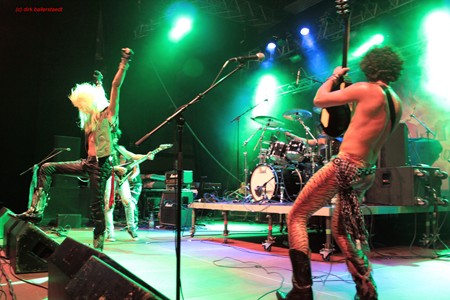 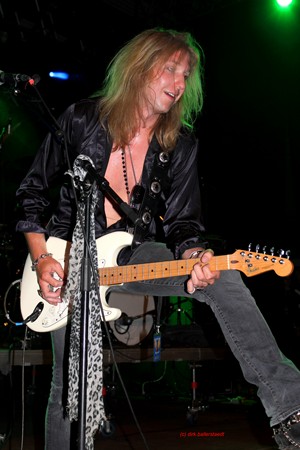 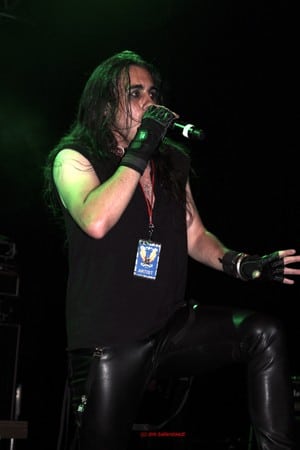 The first highlight at Shout It Out Loud came with Swedish glam rockers Crazy Lixx, who rocked the hell out of everyone’s brains with tunes like “Want It”, “Dr. Hollywood” and “21 Til I Die”. They put on a great performance, but sadly only had about forty minutes to play — so as we all waved goodbye to Crazy Lixx along came German youngsters Kissin’ Dynamite (the boys are around the age of 18). Kissin’ Dynamite have has an absolutely eye-catching lead singer, Hannes Braun, who looks like your typical ’80s Hollywood frontman with long blond hair, a little make-up, a sexy attitude and… he actually can sing! How about that? The band’s music I would describe as metal-anthems, and songs like “Addicted To Metal”, “Metal Nation” and “Steel Of Swabia” gave fans a good introduction to their works (they have already released two albums). They may look like posers, but can still rock like men — and singer Hannes reminded me (in attitude and style) of Jim Gillette during his Nitro days.

Right after the boys came the men of Pussy Sisster who played sleazier metal with songs such as “Way To Nowhere”, “In Your Arms” and “Vampires Of Death”. Pussy Sisster heated up the venue a little bit with around 600 fans who had a good time — and the party had begun! 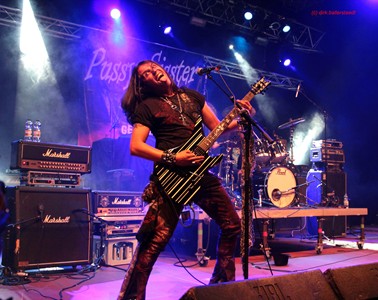 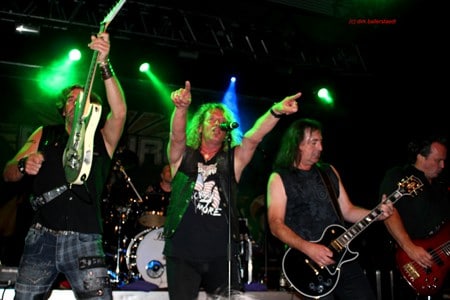 It was then time for the German melodic rock legends Bonfire, who had the ability to show all the younger boys how elder statesmen can rock with strength, melody and catchy songs like “Give It A Try”, “Under Blue Skies”, “But We Still Rock” and “Never Mind”. Vocalist Claus is a good entertainer and communicator, sharing some laughs on stage, and has a very strong and melodic voice. To me Bonfire was the biggest surprise of this festival, and only the class of an American band could do better… and that band was Cinderella.

Even if Tom Keifer had a few problems while singing the first songs (maybe due to sound issues), later on it was just like travelling back in time to 1988/1990 — the strongest years of this New Jersey based band who were a part of the ’80s hair metal scene, but always more East Coast hard rock than outright glam. The journey back to good ol’ days began with “Once Around The Ride” and then all of Cinderella‘s best songs kept coming like “Shake Me”, “Gypsy Road”, “Night Songs”, “Nobody’s Fool”, “Don’t Know What You’ve Got”, “Heartbreak Station”, “Long Cold Winter”, “Shelter Me” and “The More Things Change”. 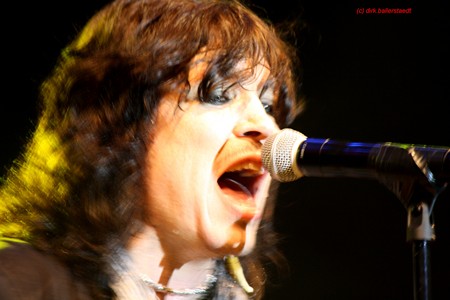 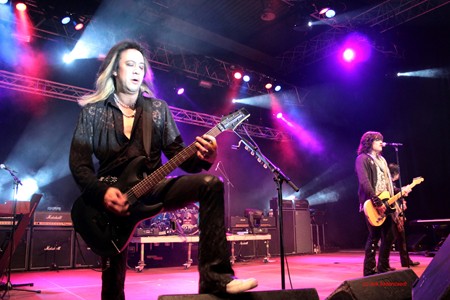 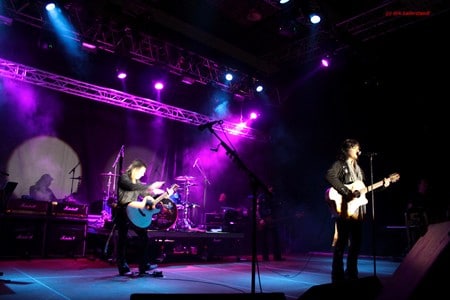 It was amazing to rediscover these musicians after 20-plus years — Eric Brittingham on bass, Fred Coury on drums, Jeff LaBar on guitars and Tom Keifer on vocals/guitars (the band also had a keyboard player) — and to listen once again to material that had the same exciting and wonderful blues rock ‘n’ roll vibe that it did back when the music press was focussed more on glam/hair metal than on bands like Cinderella. They definitely had the looks, but from a musical standpoint played a more serious brand of hard rock (just listen to the ‘Long Cold Winter’ and ‘Heartbreak Station’ albums).

While Tom Keifer has suffered through some serious voice problems over the last few years, the new tour shows that this man has lots of charisma and it would be a shame if he lost his voice again. With the slower balladesque numbers seem to suit Keifer voice better, and if Cinderella ever do another album it should be filled with songs like “Heartbreak Station” — and that wouldn’t be a bad thing.

After 70 minutes Cinderella‘s show, and the daylong festival, was over and the thousand plus fans were going home more than satisfied. To me it was worth it to endure the long drive to and fro — although on the way home my car totally broke down, and if any of you Sleaze Roxxers have money left to donate I would greatly appreciate it. 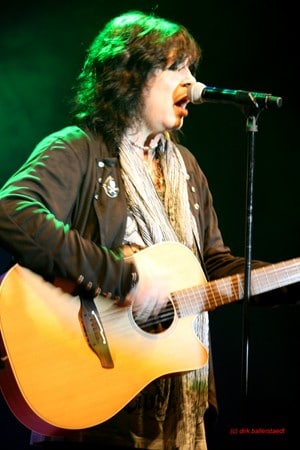 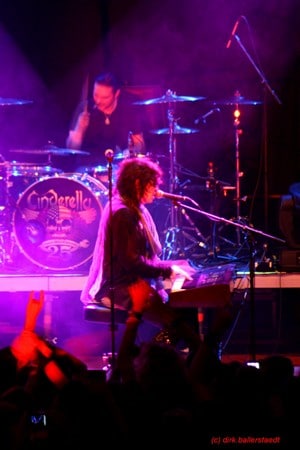 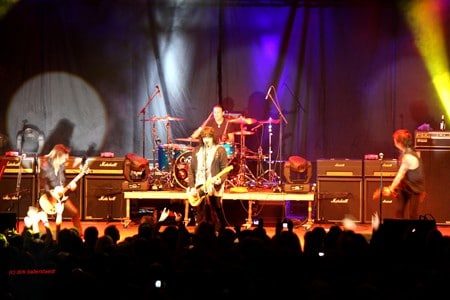 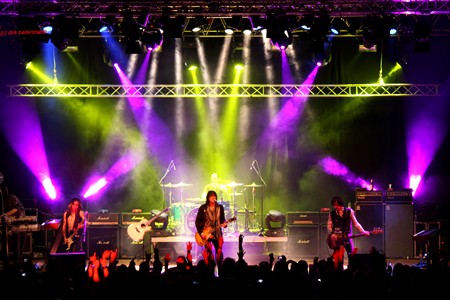