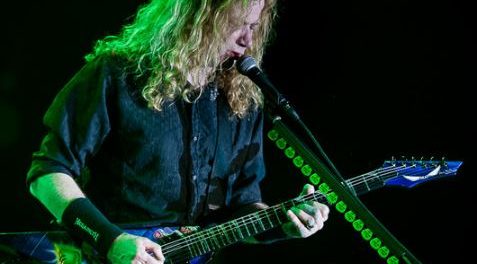 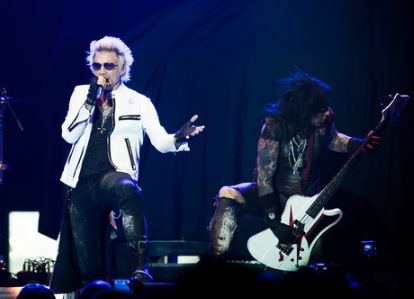 Almost always, when you get a festival, or a split bill gig, it does not necessary meet all your expectations. There is a strong chance that at least one band from the ones in the line-up might not be your favorite. I don’t mind such situations, as this is a good chance to go for a break or/and catch a beer in between sets.

Usually however, bands on a split bill concert line-up answer to the tastes of an audience of people with similar music taste. Rare is the thing when you get a bill which is split between bands from very different genres of rock. You don’t really see a lot of gigs where Slayer would play alongside Mötley Crüe, and let’s say Rush, and Pretty Boy Floyd. Ok, that would be a tad too much. But could you imagine a bill with Nikki Sixx’s goth-rock Sixx:A.M., with thrash metal juggernauts Megadeth and nu-metal darklings Korn? Yes, you could, and you could actually attend such a jigsaw puzzle of a show at Power Festival, which was taking part in the beginning of June in Lodz in central Poland. 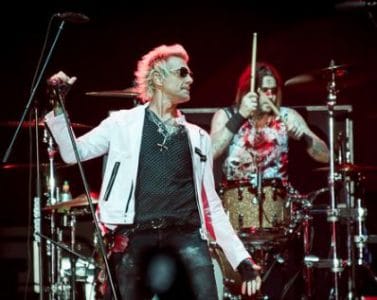 I got to say when I saw that Sixx:A.M. would be playing in my home country, I was eager to see them live, as I actually enjoyed some of the band’s songs. Each album I fancied less (especially the last one, where I like I think two songs at most), but again it was a chance to see the Mötley Crüe mastermind’s brand new act live, and see whether they can deliver. Megadeth, who were supposed to be one of the stars of the evening, were also pretty interesting to me, as I had seen them a couple of times, and each time they delivered a very well sounding show full of typical thrash metal stage effects (pyros, dystopian scenery and other crap). Besides, I actually liked their latest release Dystopia so why not give them a shot? The last band, and as I found out later, the headliner 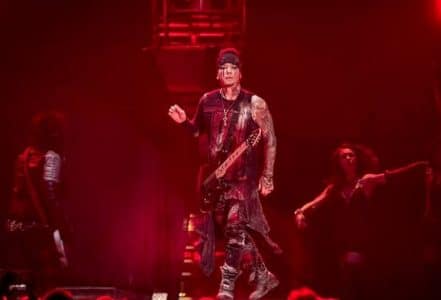 Korn in all honesty, I did not give a single fuck about. I respect what they achieved musically, but their style is so alien to me as the design on the shirts and hoodies of their fans I seen in the audience before the show.

Starting with the venue (if anybody ever visits Lodz, Poland for a gig), the sound in this arena is actually pretty decent. This time also the golden circle (which I attended) was not as vast as last time I’ve been there, so I guess everybody had a decent view.

The warm-up acts, were all small time bands from Poland, and 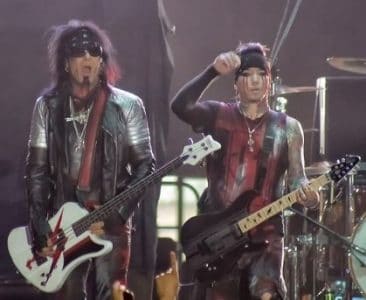 they started extremely early so no need to stop there. The first big act was Sixx:A.M. and after their first song “This is Gonna Hurt”, I got to say I was pretty disappointed, especially since I liked the album version a lot. The sound seemed flat, and the song was played much slower than the original. The band had a pretty tight drummer, but then again Sixx:A.M. songs are not in any way drum challenging. The back-up singers were there, but apart from a few times, you could not really hear their delivery clearly. DJ Ashba was playing really well delivering some fine solos. Nikki Sixx on the other hand, albeit very active, was looking a little out of shape. Maybe he was tired a bit since they do have a pretty strenuous schedule on their current tour. Then again, one has to be impressed by the amounts of youth this dude has. His stage act was really pretty close to the one he was displaying during his Shout At The Devil days. So props for that. Coming to the frontman James Michael, I cannot say what was wrong. This guy has a monster of a voice and a good stage presence. Now, please don’t see it as a mean remark, but to me he was just a bit unnatural. Not a lot of honest, audience engagement. It was the same moves all the time. There was just something artificial about him. 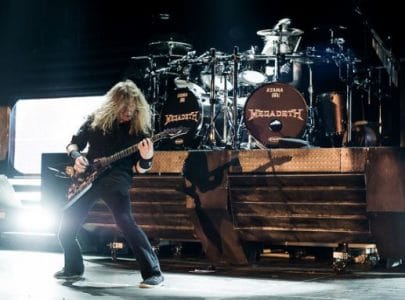 A lot of the band’s set list consisted of songs off their new album which, albeit I don’t really enjoy, is a good sign, showing that the band is living. I had the feeling though that the Sixx:A.M.’s goth-pop-symphony-rock mishmash of a style that they are moving closely to since their Modern Vintage record is just not really fitting well with the crowd, especially that the majority of people were really eager just to see Megadeth. As I noted earlier, the songs were sounding slower than on the records, and were lacking a certain edge. So all in all, I would love to say I enjoyed Sixx:A.M.’s show but I just can’t. It was a bit sluggish. But at least, I got the chance to see Mr. Sixx live.

Moving on to what was supposed to be the best show of the evening: Megadeth. The show started with a huge set being dragged onto stage, and then soon after the band hit it. Opening with one  of their more hard rock sounding numbers “Trust”, they did not really intend to slow later on. The new lead guitarist Kiko Lourerio is just an absolute monster on the axe. Not only can he

deliver blisteringly fast, yet enjoyable solos, but he also plays great rhythm when necessary — and by great, I mean blending in with Dave Mustaine’s playing with ease. As for the Megadave, he was himself through and through. A bit sloppy, but very characteristic guitar playing style, together with also imperfect, but unmistakable snarl of a voice, and finishing it up with what the earlier mentioned James Michael lacked so much — authenticity with his contacts with the audience. Not only can this dude really belt 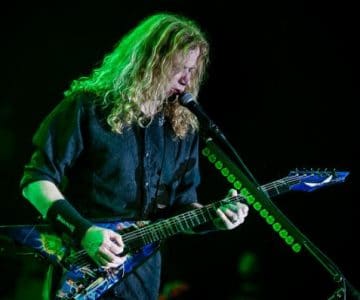 out a nasty growl (which was absolutely imminent during the rendition of their classic “Sweating Bullets”), but he seems very honest when talking to the audience. He was not just repeating the lines from the frontman’s handbook of crowd control, he was actually interacting with the people. And the connection between him and the crowd was really recognizable. This was to me very cool, and I have to say surprisingly, after the band finished their set with a crushing rendition of “Holy Wars.” They blew away my initial favorites Sixx:A.M. off the stage with a whiff.

Ok, so now it starts getting a bit strange, cause the next band was Korn. As I indicated earlier, I am not a fan of this act even in the slightest part. I do not enjoy their style. I do not enjoy the lyrical themes, and their downturned nu-metal sound really. I have to be honest, I wanted to give it a shot though, but after the first song “Right Now”, I was already sure this was not my cup of tea. I stayed for a couple more songs to see their current drummer Ray Luzier in action, as I actually 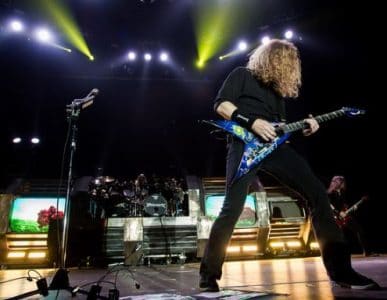 recognize him as a very good musician. I cannot say they delivered badly, as again Johnatan Davis was feeling pretty comfortable with the audience, and the crowd loved the band. But it just was not my thing and I decided to leave, especially since I had a two hour ride home to my hometown, and a perspective of a hellish day at my job the next day.

Time to wrap it up. First, before you go see Sixx:A.M., try to catch some YouTube videos of their shows, and I don’t mean the produced ones, but the ones people are recording with their mobile or camera. You can decide then if you like it or not. I wasn’t thrilled with their performance. Megadeth however blew me away, and if you are a fan of hard rock, and can tolerate some harder moments, catch their gig now as they are in top form and have a great line-up. As for Korn, I don’t know. In any case, if you are a fan of the band, you probably do not really read this review, as you have better media outlets for such music.

All in all, a good gig, but I think the organizers would have sold more tickets if they would have decided not to throw so many different types of artists into one basket. 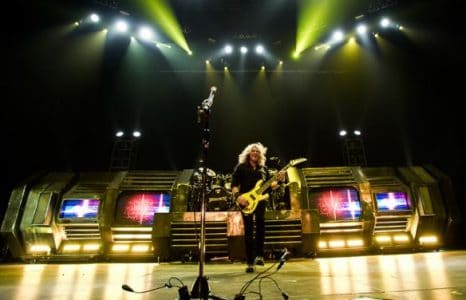