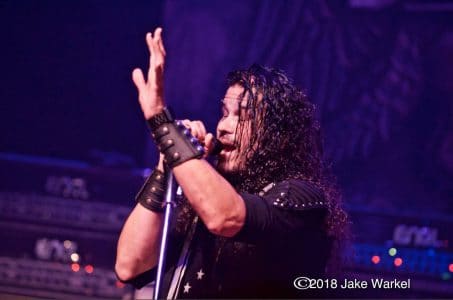 Mike Portnoy’s home away from home — he calls it Arcada Theatre. Arcada Theatre has welcomed Portnoy for all of his music endeavours the past five years. Arcada Theatre has been a venue that musicians seemingly have been enjoying coming to play. Now on the second leg of their tour, Sons Of Apollo have been gaining steam from great reviews from their debut album and a very strong first leg of shows that were reportedly bar non incredible. 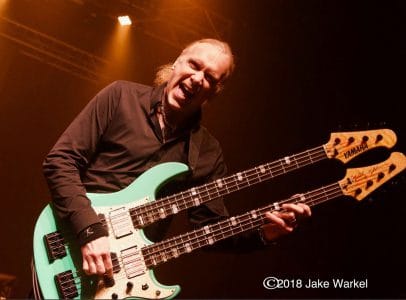 “God Of The Sun” was the first song on the night, and the band took control of the crowd instantly with incredible attitude and passion. Every song from their epic album Psychotic Symphony was spot on. The crowd members that night was a mixture of young and old and right out of the gate, they couldn’t have been more pleased with what they were seeing.

The funnest part of the night was when the band played “The Pink Panther” and Soto had given himself the previously-thought-to-be-impossible feat of covering Queen. Freddy Mercury is hard to cover but Jeff Scott Soto can handle most singing 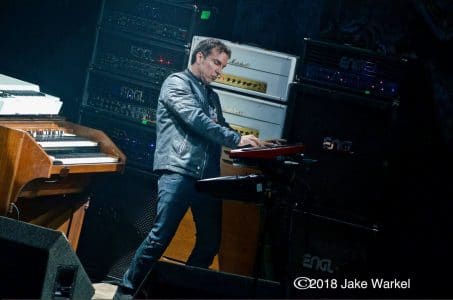 challenges that come his way. Mike Portnoy was not throwing his sticks around like he had done back this past February, but maybe that was a good thing. I don’t know. Portnoy is a true time machine that just kills it on the drums. He is exciting to watch behind the set. Billy Sheehan is truly one of the greatest bass players of all time. He has played with so many legends. There’s nothing better than watching Billy Sheehan play a double neck bass. He just is phenomenal. There is no bass player better than Billy Sheehan.

Soto’s vocals all night were powerful and melodic. The range he has and the command of his voice is still outstanding. The progressive prog rock sound with a middle eastern sound is definitely from the influence of Ron “Bumblefoot” Thal. Not only is Bumblefoot a great vocalist but he is a tremendous guitarist who I will always say is underrated and never gets the recognition he deserves. Double neck beast on guitar equals Ron “Bumblefoot” Thal. Derek Sherinian has for so many years kicked ass on keyboards and tonight was no exception. He has distinguished himself by his aggressive “guitaristic” keyboard style, which was phenomenal on this night. Keyboards always fills the sound out and makes it fuller.

If you ever get a chance to go see them live, go as the Sons Of Apollo will not disappoint you. 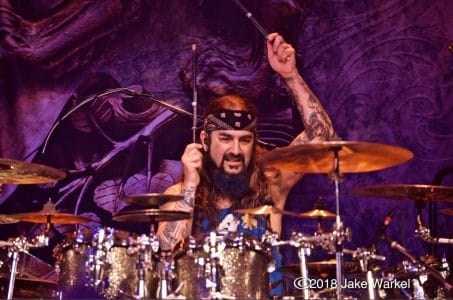 Sons Of Apollo performing Van Halen cover of “And The Cradle Will Rock…” live at Arcada Theatre in St. Charles, Illinois, USA on May 12, 2018:

Sons of Apollo and the Cradle Will Rock at the Arcada Theatre St. Charles