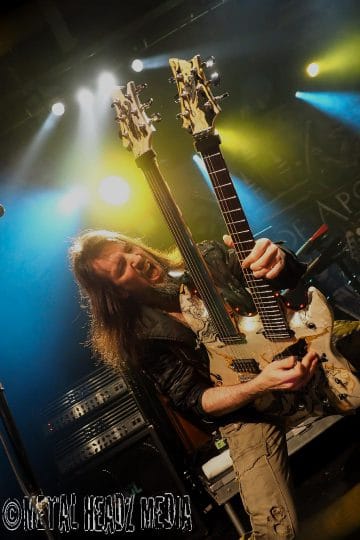 At the end of 2017, I chose Psychotic Symphony by Sons Of Apollo as my favorite album for the Sleaze Roxx Writers Top Five Albums of the year. Once I found out that they would be coming to Minneapolis, Minnesota in support of their first album, I had to jump at the chance to see this all-star lineup in action.

I arrived at the Varsity Theater a half hour before the doors were to open to grab my press credentials. As I approached, I saw a very underwhelming group of ten people in line. This had me a little worried that the turnout was going to be grim. I started chatting with a couple people as more fans started to show up. I talked to one of the security guys as they started letting us into the venue. He said about 350 tickets out of 960 were sold for the night. Talk about a huge disappointment for this powerhouse band.

The night started out with Sifting, a progressive metal band out of Los Angeles. They played a quick five or six song forgettable set that led into Felix Martin. Felix is a guitar vituoso from Venezuela that has a very distinct sound. He plays progressive, instrumental rock and metal fused with jazz, latin and other styles of music. I was very entertained watching him playing his 14 and 16 string guitars that he designed himself. 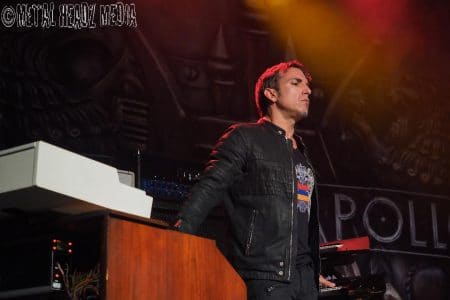 “Intruder” by Van Halen came over the loud speakers as the house lights turned off, cueing the arrival of Sons Of Apollo. They played a great set highlighted by “Signs Of The Times”, “Lost In Oblivion” and the the epic instrumental “Opus Maximus” off of their debut album.

Billy Sheehan was the first to entertain the modest crowd with one of his crazy bass solos. Jeff Scott Soto showed off his pipes by doing his best Freddie Murcury on Queen‘s “The Prophet’s Song”/”Save Me” followed by a sing along with the crowd. He was so impressed with everyone’s singing abilities, he had the band turn down the volume to hear the crowd follow his vocal lead once again. Ron “Bumblefoot” Thal was joined by drummer Mike Portnoy and Billy in a terrific rendition of The Pink Panther theme filled with awesome solos on his custom DoubleBFoot guitar. Last but not least was Derek Sherinian‘s turn to shine in the spot light on the keyboards. 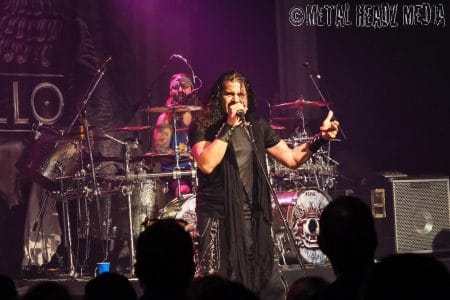 The band was sure not to leave out the fact that Mike and Derek once played together in Dream Theater. They covered “Just Let Me Breathe” and “Lines In The Sands” off of 1997’s Falling Into Infinity. As I watched in awe, all I could think throughout the show is “I can’t believe how many people are missing this concert.” For me, this was one of the best sounding shows I’ve seen in a long time and technically, everything was spot on.

The band ended the night with a one song encore by playing the crowd favorite and most radio friendly song off the album, “Coming Home.” “Happy Trails” came over the speakers as the band took a bow at the the front of the stage. It was then I realized they left out Van Halen‘s “And The Cradle Will Rock” which they had been playing at all their shows this tour. Even with this little let down, the show was fantastic. If you have a chance, get out and see these guys!