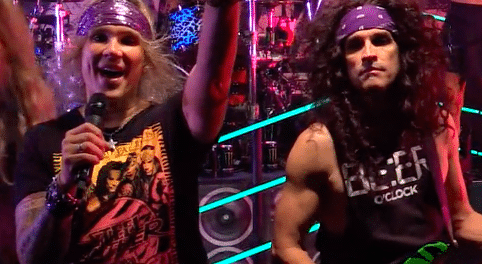 ROCKING DURING THE LOCKDOWN WITH STEEL PANTHER 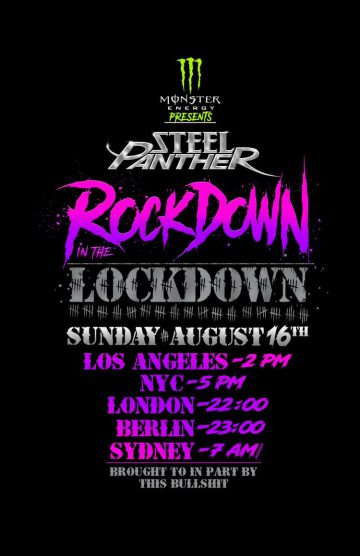 The year 2020 will likely go down as one of the all-time worse years for music, if not the all-time worse. The mysterious and not fully understood Covid-19 pandemic has wrecked havoc all over the world. Concerts from small gigs in tiny bars to massive festivals were cancelled seemingly everywhere around the world. Within a couple of weeks of the worldwide shutdown, bands started doing live streamed concerts. Many of these live streams were free but a few asked for a small amount to perhaps cover the costs or raise funds for people who were seriously affected by the music industry collapse caused by Covid-19. While there have been a few bands (for example, Great White, Dokken, KIX and the Ron Keel Band) that have played some shows with varying degrees of social distancing and mask wearing in certain parts of the United States of America, it seems that most bands have simply elected to wait until it is a lot safer before playing live gigs again.

At first, I was excited to see the various live stream concerts but many of them had really poor production making it quite difficult to sit through and watch an entire show. Having a band play a bunch of songs without any meaningful interaction has turned out to be a bit boring to watch. I quickly realized that watching a live stream concert was kind of like watching a live DVD, which is something that I admittedly don’t do very often. I rarely sit down these days to listen to an album without doing something else so the chances of sitting down to watch a live concert via a DVD really doesn’t happen that often. Music has always been like a soundtrack to whatever activities have been going on in my life.

Accordingly, only a few live streams have really caught my attention since the start of the Covid-19 pandemic in mid-March 2020. I realize that the Covid-19 pandemic was likely spreading throughout the world well before that but it wasn’t until mid-March 2020 that Canada started taking measures to really shut things down to slow the curb of the deadly virus. Steel Panther have 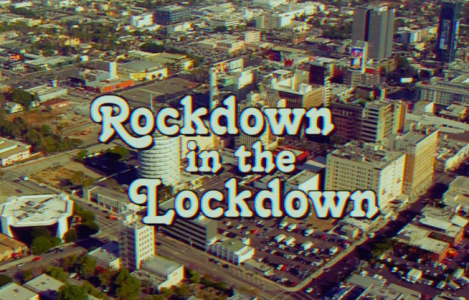 Obviously, Steel Panther did something right with their first live streamed concert dubbed the Concert To Save The World back in early June 2020 since I elected to pay to see their second live streamed concert — this time, the aptly named Rockdown In The Lockdown. Although I didn’t know exactly what to expect from Steel Panther‘s live stream show this time around, I knew that the guys were professional enough that their second live stream gig would be different from the previous one. I’m not one to usually follow a band from show to show, just like I don’t like to see the same movie over and over again. I do admit having seen KISS play four times during their End of The Road World Tour but that’s the exception rather than the rule and of course, this is KISS‘ last tour and every show is truly a spectacle to behold.

The changes from Steel Panther‘s Concert To Save The World to Rockdown In The Lockdown were noticeable from the start. While Steel Panther‘s first live stream was a bit cloudy looking, this time around the colours were crisp and you can easily tell from the screen shots that I took that I included in my two concert reviews. Once again, Steel Panther had a little intro filmed. 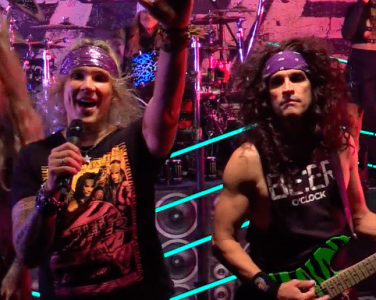 The first time around, the band members arrived to their live stream venue in full hazmat suits, which was obviously very fitting for the occasion considering the worldwide Covid-19 pandemic. This time around, the band members came up with some sappy video scenes of them together with the writing on the screen that reminded me of a ’60s or ’70s sitcom.

Perhaps the most obvious change was the setlist. Despite playing 14 songs during their first live stream and 13 this time around, Steel Panther ended up playing ten different songs during their Rockdown In The Lockdown live stream. It would probably be hard for Steel Panther not to play songs such as “Community Property,” “Death To All But Metal” and “Gloryhole” so it was no surprise that those three tracks were played at both of the band’s live streams. It was a real treat to hear songs such as the opener “Pussywhipped” and “The Shocker” (one of my personal Steel Panther favs) both of which I believe frontman Michael Starr advised had not been played live in five years. It was also fun hearing “The Burden of Being Wonderful” which is a good track for which the band shot a video for but I’ve always felt was the wrong choice for a single from an album (Balls Out) filled with any way better tracks. Overall, Steel Panther ended up playing five songs from their debut album Feel The Steel (2009), three from Balls Out (2011), three from All You Can Eat (2014), one from Lower The Bar (2017) and one from Heavy Metal Rules (2019). 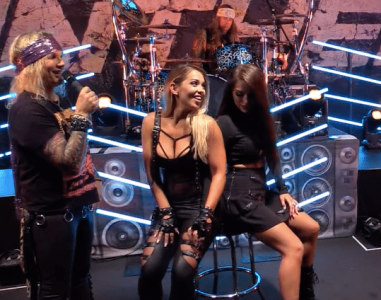 Speaking of Heavy Metal Rules, I had bought a “ticket” for Steel Panther‘s Rockdown In The Lockdown so I could check out the band’s upcoming “black metal” video version for their track “Let’s Get High Tonight.” Steel Panther had already released a regular video and a “boy band” video for the song so I was curious to see their “black metal” video version. Unfortunately, I couldn’t log into my Steel Panther website account with my regular e-mail address and I ended up using one that I rarely use to log on and purchase my ticket. I think that was around the end of July 2020. By the time that Rockdown In The Lockdown was ready to be viewed, I had forgotten that I had logged on with my rarely used e-mail address and of course, I therefore couldn’t 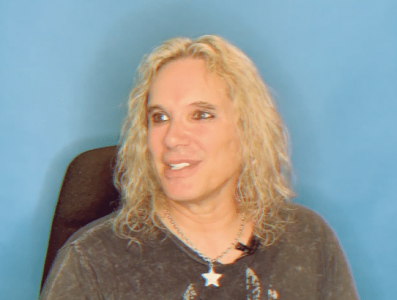 access the live stream. I sent an e-mail to whomever is running the Steel Panther website and they quickly responded during their hours of operation (kudos to them for advising when there is someone even monitoring the website) and were very nice about what happened pointing out the correct e-mail address that I had logged on with in the first place.

I should mention that Steel Panther changed up their jokes once again. I’ve heard the guys crank out some funnier jokes but it was nice to hear some different comedy material from them in any case. The one thing that was quite different from Steel Panther‘s first live stream was that each band member provided a comedy filled monologue on what they had been up to during the worldwide Covid-19 pandemic. Each band member seemingly had started some sort of silly business. I thought that it brought some comic relief but at the same time, it wasn’t my favourite part of the live stream. Other funny moments including a dance off between the band members. I think that guitarist Satchel won that one hands dow. I would be remiss if I did not mention the two lovely ladies who were dancing during most of Steel Panther‘s set. What’s a Steel Panther without some beautiful girls onstage?

Overall, Steel Panther put on another solid live stream. Sure, it does not compare to their live shows with an audience because there is a real cool vibe at any of their shows but their live stream was strong enough that I would happy purchase a “ticket” to another one.