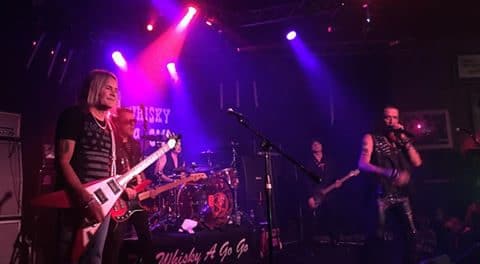 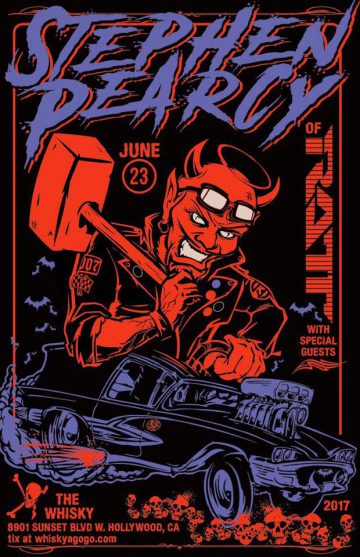 Whenever I go on vacation to Los Angeles, I have a look at the shows on the Sunset Strip to see if any of my heroes are playing at any of the iconic venues. Typically, I miss the boat by a day or two so until Friday night, I had never been in any of those venues. But, this time, it all worked out! When I saw Stephen Pearcy, the legendary voice of Ratt, would be performing at the Whisky A Go Go on Friday, June 23rd, I was sold. And, so was the ticket.

I arrived just in time to catch Angel City Rockers‘ set. I must admit, I felt like that kid who turns up to school and everyone else is talking about this hip new thing and yet I have absolutely no clue what they are talking about. In other words, they had a pretty hefty local following and awareness whereas I was entirely unaware of them. But, I am now! If I had to compare them to any established band, I’d have to say it is somewhere between Skid Row and Twisted Sister. Certainly fitting for this venue and as an opening act for Stephen Pearcy.

But, the main event was why we were there and the main eventer came to deliver! Stephen Pearcy took the stage at about 11:30 pm and right away, you could tell he was on his game. More than most singers, Pearcy is described as a “hit and miss” live vocalist. In fact, I’ve seen 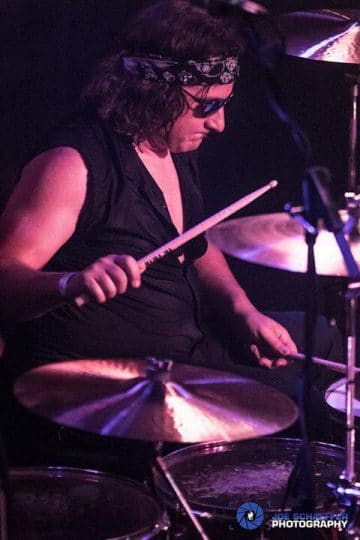 that phrase used so much to describe him live that I’m stunned he hasn’t written a song by that name just to bust his critics’ balls. What is ironic is Jizzy Pearl, who replaced Pearcy in Ratt, actually started his solo record with a song by that name in 2005 when he was still in Ratt. That is certainly more ironic than a fork when you need a knife. But, the only thing ironic about the song “Ironic” is the writer didn’t know the definition of the word.

I digress. Pearcy hit the stage with “You’re In Love” and never looked back. He followed it up with “Lay It Down” and “Lack Of Communication.” He then broke into two songs off his solo album Smash, which were “Ten Miles Wide” and “Want Too Much.” He’d later do “Hit Me With A Bullet” as well from the solo record but would return, mostly, to Ratt classics from this point onward. A little disappointed they did not do “I Can’t Take It” but if I had to choose four songs off his latest solo record, three of the four made the set so I can’t complain.

My favorite one two punch was “I’m Insane” followed immediately by “You Think You’re Tough.” My two favorite Ratt tracks back to back. BOOM! Pearcy delivered the goods with a Judas Priest classic “Headed Out To The Highway.” Funny thing, you never really realize that his voice and Rob Halford‘s are somewhat alike until you hear him pull out a Priest classic live. Noodle that one for a while. The finale was “Round And Round” and Stephen had a special guest join him on stage — Ratt guitarist Carlos Cavazo. Stephen did reference his “other band.” But, he did not use the Ratt name by name. Cue the littany of legal news stories around the Ratt camp to appear on Sleaze Roxx over the next several weeks… Lord, I hope I’m only joking. 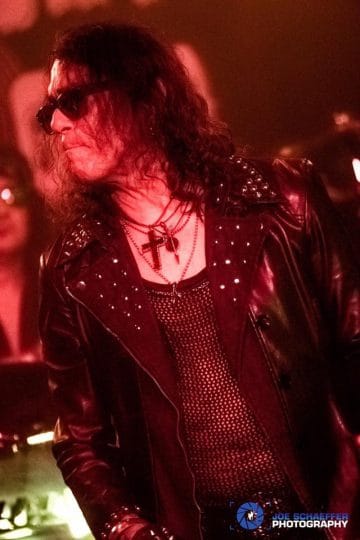 There is something to be said about seeing a Sunset Strip veteran at a classic Sunset Strip venue. Stephen was at home on stage and delivered in an incredible way. It got me to thinking about all the times I’ve seen him perform. The only time I ever left thinking, “That wasn’t so great” was way back in 1999 on the Poison tour. But, from what I’ve put together, it sounds like the band was at odds so maybe the fault wasn’t exclusively on Stephen. I also saw Stephen solo in 2005 on a W.A.S.P. and L.A. Guns bill, in 2006 with Pretty Boy Floyd and Bang Tango, in 2007 with Poison and Vains of Jenna. And, I saw Stephen with Ratt minus Bobby Blotzer (injured, they said) in 2014. It may well have been the final show they did as Ratt before the split… I remember they did “Giving Yourself Away” that night and Stephen noted to the other band members “I told you” about it going over well. It did!

Vocally, Stephen sounded strong. In fact, better than I’ve heard him at recent shows. What the internet needs to get is everyone has an off night. But, thanks to YouTube, an off night is posted as a news article and presented as simply how the performer is now. Stephen is Stephen. He sounds like he did on the records. If his solo band or the new Ratt find their way back into my normal neck of the woods, I’ll be there. No doubt about it.

As for the venue, the Whisky A Go Go is an awesome venue with an awesome sound set up. I was surprised by how small it is given its huge reputation. But, never let size fool you. It lives up to the hype! Boy, that sounds like some really bad pick up line, doesn’t it?

All in all, Ratt & Roll by any other name is still Ratt & Roll as long as Stephen Pearcy is singing. 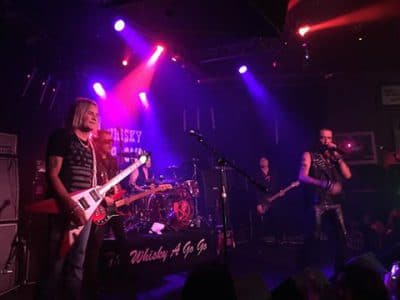 Stephen Pearcy playing “Round And Round” with Carlos Cavazo at Whisky A Go-Go in West Hollywood, California, USA on June 23, 2017:

Round and Round performed by Stehpen Pearcy of Ratt with Carlos Cavazo sitting in on lead guitar.