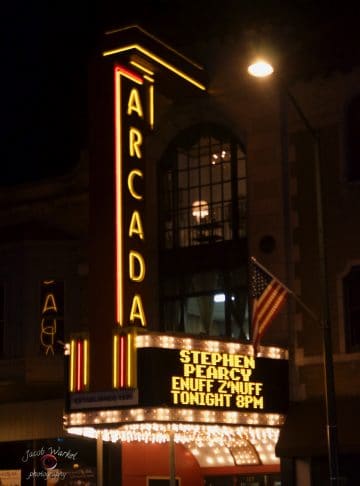 This was my second time seeing my hometown band Enuff Z’Nuff play after seeing them open for Ace Frehley about a month ago. Enuff Z’Nuff are from Blue Island, Illinois and were founded by former singer Donnie Vie and current lead vocalist / bassist Chip Z’Nuff. This Chicago area band is best known for charting the singles “Fly High Michelle” and “New Thing.” Chip Z’Nuff has carried this band threw many line-up changes for the past 30 years and is carrying on with flying colors. Chip has taken on the role as lead singer and has been delivering each and every night.

Enuff Z’Nuff were ready to get the night started by playing “Baby Loves You” which is a hit off of their 1991 Strength album. “Kiss The Clown” was next from their debut album, which continues to be the best selling album in the band’s catalog. The crowd was rather welcoming after hearing a few songs now sung by Chip Z’Nuff. For most Enuff Z’Nuff fans, they’ve 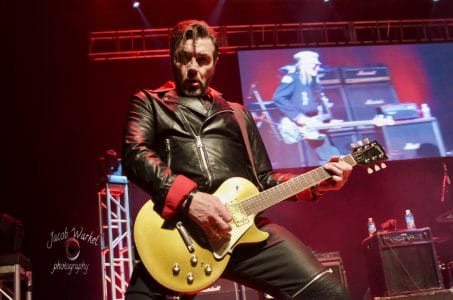 grown accustomed to Johnny Monaco on lead vocals for years now so for some, this is strange to see. The band sounded great as they performed song after song. Tory Steffregen’s guitar solos were great to see as he shredded away on guitar. Enuff Z’Nuff finished the night with their two top songs of all-time — MTV smash hits “Fly High Michelle” and “New Thing.” Crowd favorites are the only way to finish the night off as a performer, which Enuff Z’Nuff had done.

I’ve seen the original Enuff Z’Nuff line-up back in the day at the Thirsty Whale (in River Grove, Illinois, USA) which was obviously the time to see them. Everything in between from seeing Donnie Vie on vocals to Johnny Monaco on vocals 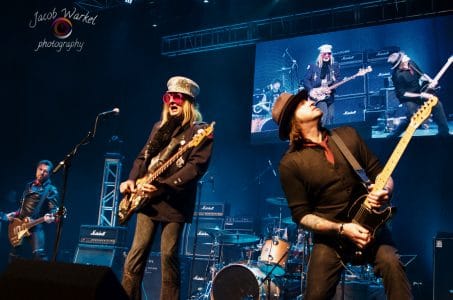 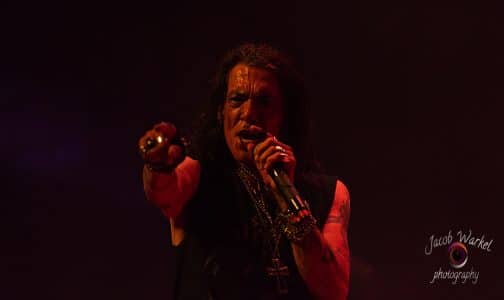 Stephen Pearcy has been all over music media headlines as of late in regards to Ratt now being back without drummer Bobby Blotzer with the latter’s version of Ratt being somewhat of a shit show. Blotzer claimed the other members wanted to sit at home, did not want to play, were done with playing and all that crap. I saw Blotzer’s version of Ratt play live and they weren’t bad. It was just not Ratt. It was a really good cover band. When all is said and done, it looks like no one from Ratt wanted to play with Bobby Blotzer.

I was excited to see Stephen Pearcy once again as he is definitely more energized with his fourth solo album Smash that was recently released on January 27 2017. In addition, Pearcy has been busy currently working with guitarist Warren DeMartini on new Ratt music and getting ready for shows with Ratt as they are going to have a big comeback year in 2017. 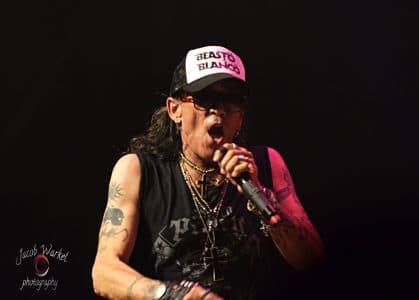 After Enuff Z’Nuff finished their set, I went backstage to see Chip and he seemed very pleased with the show during the time that we spoke. Stephen Pearcy and his boys walked by getting pumped and ready for the show as they were heading upstairs to hit the stage so I quickly followed them out so I could get ready to shoot the show. They seemed fired up ready to kick ass! The crowd was pretty decent in size but the welcoming of the crowd was pretty lame as Stephen had to really try and light a fire under their asses as they hit the stage. The band hit the stage playing “Ten Miles Wide” which is one of the new songs from the album Smash. Stephen was egging the crowd on to get the party started, which for fuck sake, he shouldn’t have to do. The crowd started loosening up a bit as the 1985 hit track “You’re In Love” kicked in for the second song on the night. Stephen is still performing at a high level. Yes, he’s not young anymore but he still can sing. Some say he lost a little of his vocals, and maybe that’s true but not enough to call it quits by any means. Stephen still sounds great in my opinion. You can never really sustain your vocals forever so those haters should just get over it. 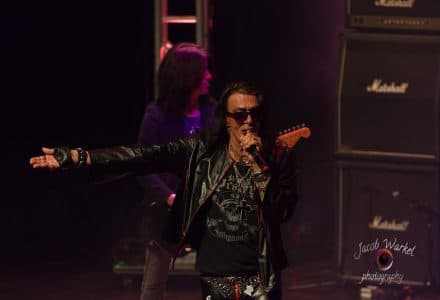 Stephen really wanted to mix some of the new songs into the set so the third song of the night “Want Too Much” was another new solo song. The crowd reacted well to the song, which is definitely a positive thing. Then Stephen and the guys cranked out two more Ratt songs — “Lay It Down” and “Lack Of Communication.” Next up were two more songs off Smash — “I Can’t Take It” and “Hit Me With A Bullet.” I was loving every minute of it. I was so glad to hear new songs being played live specifically off this new album, which is bar none badass.

I know many fans want to hear the same old Ratt songs but too bad! You can’t always play nothing but Ratt all the time. Stephen’s setlist was perfect hitting the crowd with new and old, back to new, and then old songs which led to the next three songs — “Wanted Man,” ”Slip Of The Lip” and “Way Cool Jr.” — 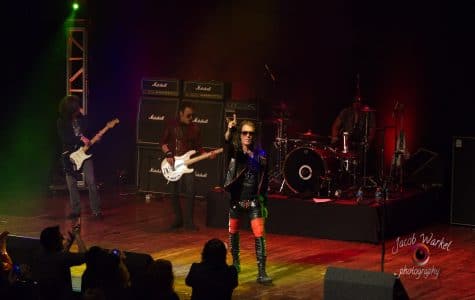 which were definitely fan favorites. A perfect song to follow those three hits off the new album Smash was “Jamie.” Guitarists Frankie Wilsey and Erik Ferentinos, bassist Matt Thorne, and drummer Greg D’Angelo kicked ass on that song and not only that song, but the whole set. “Jamie” was a catchy tune that people in the crowd were able to grasp onto pretty quickly. The fans got rowdier as “Back For More” was next. Stephen Pearcy was nothing but awesome walking back and forth all over the stage on every song from one end to the next fucking playing his heart out. Then of course “Round And Round” was the final nail in the coffin for the fans. Stephen Pearcy and the guys said, “Thank you and good night” and walked off the stage.

I got to say that Pearcy‘s co-writer Erik Ferentinos did a great job on the new album Smash. It just kicks ass and the songs that were played live from that album confirmed it. Also, Matt Thorne and Greg D’Angelo’s work on the album is top notch. Go get it now because Smash is a great album. Stephen Pearcy‘s current solo band line-up consists of guitarists Frankie Wilsey and Erik Ferentinos, bassist Matt Thorne, and drummer Greg D’Angelo.