PEARCY / BLOTZER “LIVE” REUNION GOES DOWN WITHOUT A HITCH — WHO’S NEXT? 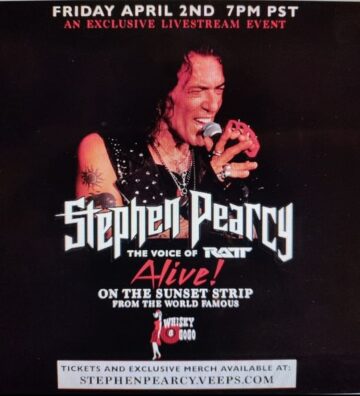 On April 2nd, or sometime in late February when I suspect the “livestream” was recorded, it was time to Ratt & Roll again! Or, at least, as near as damn possible. Stephen Pearcy has been working on solo material after last year saw Ratt chart for the first time in decades thanks to a GEICO commercial where he and his Ratt line-up at the time are seen performing “Round And Round” on the premise that the new home owners have a “Ratt problem” in their house. But, Ratt couldn’t turn that good fortune into a fortune as the pandemic ruined everyone’s plans including their “Big Rock Summer Tour“ that would have featured Skid Row (with their awful new vocalist I hope to never endure seeing perform again), Slaughter, and Cinderella‘s Tom Keifer. With that going up in smoke and Ratt being put on the back burner just as they enjoyed new found fandom thanks to GEICO and, to some lesser extent Cobra Kai, interest in Ratt & Roll peaked again in February 2021 when Pearcy made a not so subtle tease of the return of Bobby Blotzer. Or, at least, Blotzer performing at his “live stream” at the Whisky A Go-Go.

Well, an hour of power was in store for us as Pearcy indeed did perform his set. Thanks to how slick the production was on the camera angles and even a better overall quality of sound than some livestreams I’ve seen, I strongly suspect this was taped in February as was hinted about. Plus, there was no crowd even though Keith Roth kept insisting there would be “30% capacity” when plugging it on Sirius XM‘s Hair Nation. 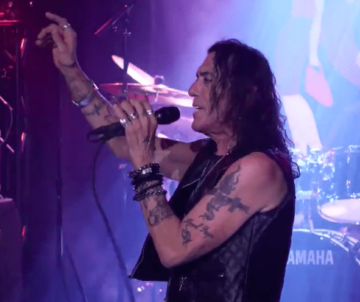 The show was good. I mean, it was as good as a live stream could be without fans. The audience is really what sometimes makes a show great. The experience does enhance it for me. Shows where the musicians are good and the songs are good make for a good musical experience. But, if you see a fight or girls acting slutty — you know, general drunken behavior by those who probably spend five days a week dressed like a penguin in an office but cut loose on for a show — it really does make the overall evening more memorable. We all come together to celebrate the thing we have in common regardless what walk of life you come from — the music!

The setlist was only an hour long which is short. I’m almost positive Pearcy performed longer when I saw him at the Whisky A Go-Go a few years back. In any case, most of the staples of Ratt were performed as well as two Pearcy solo songs. Were there a few duff notes? Sure. But, generally speaking, this was Pearcy doing a great job with his extensive catalog. Pearcy still sounds and looks like the Pearcy we’d want to see. And, the dude is just plain cool. You can have a singer who can sing the phone book and make it enjoyable. But, Stephen Pearcy just rocks his songs in a way that is incredible. He rocks it.

One thing I did notice is Stephen seemed a little less clear speaking as the show progressed. I didn’t catch him drinking much during the show which leads me to further believe this was a very well clipped performance and not live as advertised. If he was or if he was not partaking in adult beverages or not, his singing was spot on. I must say I popped loudest when I heard him do “I’m Insane.” I wonder why a song like “Nobody Rides for Free” was not in the setlist? I think “I Want a Woman” isn’t because it is very close, guitar wise, to “Ten Miles Wide” from his solo material which got played. “U Only Live Twice” was the other song he did from his solo material and that was the opener. That song rocks. 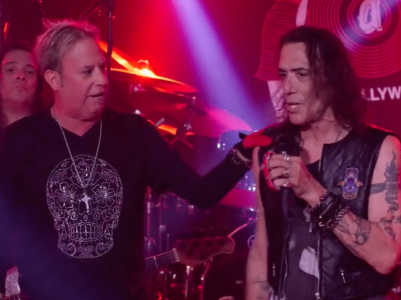 Bobby Blotzer did indeed join the Ratt Bastards on stage as he performed “Way Cool Jr.” and “Round And Round.” The reveal, though, was a little weak without a live crowd. It was like, he was just there on stage looking a tad sheepish. I’ve described it to a friend online as seeing your uncle who had been a recluse from the family for a while come up to your dad at the state fair. That never actually happened in my life. But, it is how I imagine it would have looked if it had.

I think there is more drama in the future from the Ratt camp. Juan Croucier and Stephen don’t seem to be talking much about their future plans together and the big problem was always seemingly between the singer and Bobby Blotzer. But, with the recent legal battles, it sounds like Juan and Stephen have the rights. If Juan isn’t on board with Stephen having a working relationship with Bobby, the problems could continue for the most dysfunctional band in rock history. That said, if I am reading the signs wrong and Juan and Stephen are cool, and Stephen and Blotzer are cool, we could be on the cusp of another Ratt reunion. I would love to see Warren DeMartini return to the fold as well giving us four of the living classic line-up members of Ratt together again. Carlos Cavazo has filled Robbin Crosby‘s position well in the past. I believe John Corabi has as well though that ended with a bang or a thud. Whatever the case might be, and even if it was a one off and tomorrow I log onto Facebook and see Blotzer bitching at Pearcy again as I did some seven years ago when Ratt split up again, at least we got to see these two perform together again.

Overall, it wasn’t bad. I liked it as much if not more than any other live streams I’ve watched. But, I do think “live” is somewhat misleading. 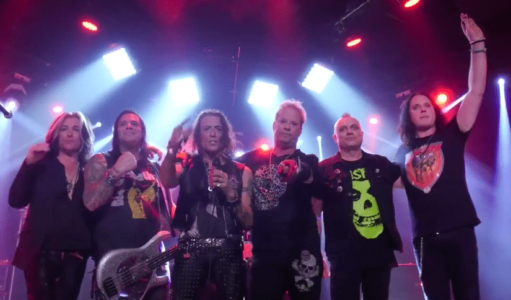