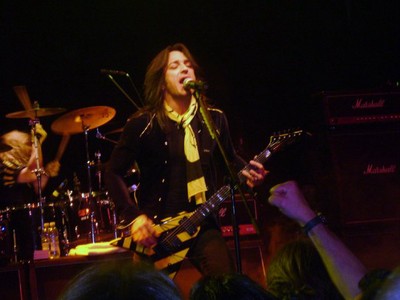 Thursday, January 19 was a dream come true for Italian hard rock maniacs. For the first time in their 25 years of existence, the white metal champions named Stryper arrived in Italy for a concert.

Myself and friends Max, Daniel and Loris were as exited as kids sucking their lollipops as we started off to Milan on a foggy, cold (-7C) and magical evening. We arrived without problems at the famous metal club Alcatraz and after some beers and merchandise shopping we heard the first guitar notes as Stryper appeared on stage! 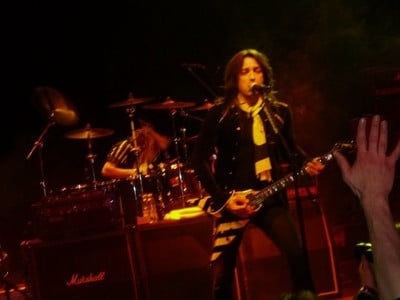 I can’t describe the emotion I felt when guitarist Oz Fox attacked the audience of about 400, dressed in yellow and black, with the band’s hit song “Soldiers Under Command”. It became obvious early on that Stryper are a very professional band and time hasn’t destroyed the member’s bodies, or especially the voice of Michael Sweet. 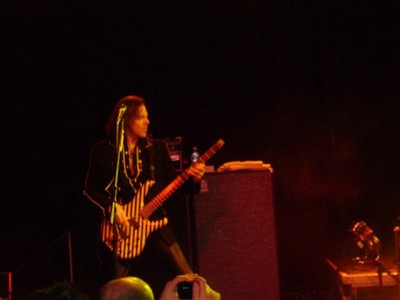 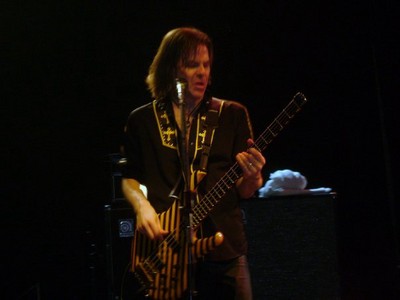 The concert continued with a perfect balance between old favorites such as “Reach Out” and “Loud ‘N’ Clear” and songs from the new album, the great ‘Murder By Pride’. A nice surprise occurred in the middle of the set as Stryper performed an energized cover of Judas Priest‘s “Breaking The Law” that had the fans singing along at the top of their lungs. 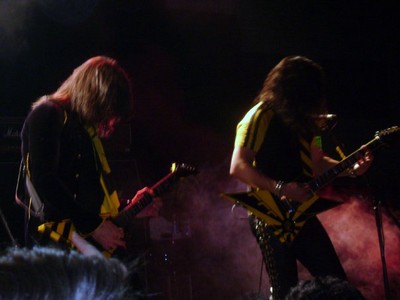 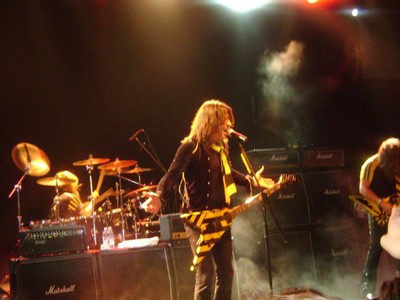 The show ran for an hour and 45 minutes with no stops, and at the end the band dumped their classic Stryper Bibles upon the crowd. After the show we met the entire band outside of the club near their tour bus and took photos, got albums signed and spoke with the four members who were nothing but gentlemen. 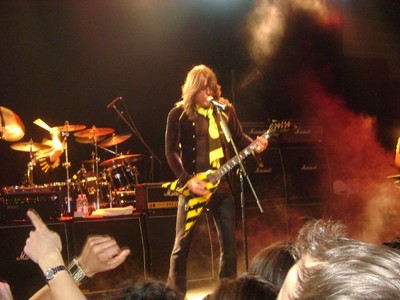 At three in the morning I finally returned home and two and a half hours later I was up for work… I felt like a zombie, but was happy and electrified by the previous night’s Stryper experience. This is rock ‘n’ roll! 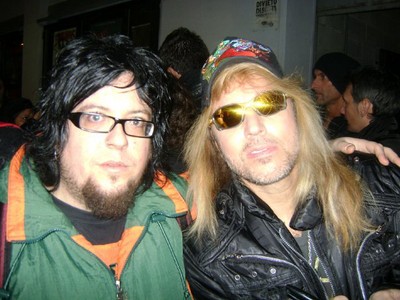 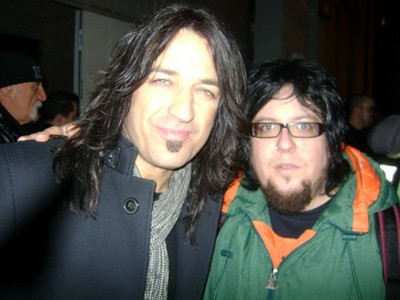