STRYPER PULL OFF ANOTHER PHENOMENAL PERFORMANCE 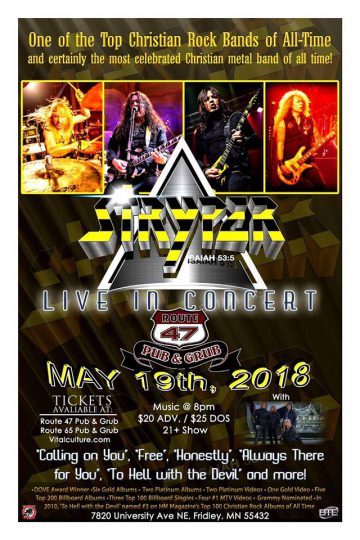 Viking Rocker Productions is alive and kicking in the Twin Cities and on the night of May 19th, it brought to town Christian rockers Stryper. Stryper are currently on their God Damn Evil Tour to help promote their new album with the same title. This show was located at Route 47 Pub and Grub, formally Pickle Park, in Fridley, Minnesota. This is a good place to see a live show, as it is an intimate setting and you can get a chance to see the band up live and close.

Metal Headz Media showed up early for this show in hopes of grabbing a good location to watch the concert. Upon arrival, there was a black curtain blocking us off from the concert area, so we knew it might be tricky to find our right spot. While we were waiting in the bar area, we saw Viking Rocker and chatted with him for a bit. He informed us that they were having some technical issues with the sound and that they are trying to fix it. Soon after that, we were treated to Stryper doing their soundcheck (but couldn’t see them with that black curtain in the way) to test out those issues.

With a scheduled start time for opening local act, Arena, they didn’t hit the stage till 8:45. They entertained the crowd with mostly cover tunes, and only got to play for 30-40 minutes due to the late start, which I can only assume was due to the technical problems.

Stryper were scheduled to start at 10:oo pm, and the opening chants of “Yahweh” started right at 10:00. One by one, each member of Stryper was getting on stage just in time for the opening licks to kick off the night. “Yahweh” is a great song to start off the set list as it is a powerful track that can get your attention right away. “The Valley” was the second song of the night, and I find this a brave move for Stryper to have a new song in their setlist so soon. I was pleasantly surprised how well this song went over with the crowd. The majority of the crowd was signing along and got even louder during the chorus.

I will admit that I did cheat and look at theirset list prior to this show, and after seeing what songs they were playing on this tour, I was extremely excited to see Stryper for my fourth time. I am disappointed with myself in that the last three times I have seen them. I didn’t realize how entertaining Robert Sweet is to watch on the drums. This guy is a powerhouse behind the kit. You can tell he is having a blast hitting those drum heads night after night. Make sure to keep a watchful eye on him because he will do a few tricks during the night. New bassist, Perry Richardson (Firehouse), is a great addition to this band. I never had a problem with Tim Gaines, but if he was bringing drama to the band, then I can see why he is no longer with them. He will be missed, but fans should rejoice that Stryper found a perfect replacement in Richardson. 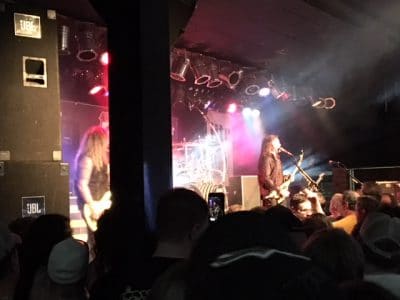 Guitarist Oz Fox — well what more can you say about him? He is extremely talented on the guitar and his vocals mix very well with Michael Sweet. It is always an eye opening experience watching him play his guitar like a pro. I have said this many times in my past reviews of Stryper’s albums and live shows, but Michael Sweet still can bring it vocally. Even though there might have been a few times during the night when I felt his voice was not as strong as usual, as he did fail to hit some of those high notes he is known for. I can’t blame him because of the extensive touring cycle that can put a strain on your voice, but we all know he can still hit those notes based on his vocals with his recent solo album and the new Stryper album.

Michael Sweet did have to joke about how they released their album on 4/20 — “weed day.” He said they did not do it intentionally and didn’t even realize it ’till closer to the release date. But it was too late to change it, so they just went with it. Another announcement that was made that night was that Oz Fox had family in attendance. He said he has family that lives in Wisconsin and they made the trip to the Twin Cities to watch him play. He made it a point to introduce that his grandmother was there and how happy he was that they were there to watch him.

After “The Valley,” the rest of the night we all got to hear songs from their back catalogue, to their last few albums, and four songs from God Damn Evil. In light of their last tour, the album To Hell With The Devil Tour was favored heavily as six songs were 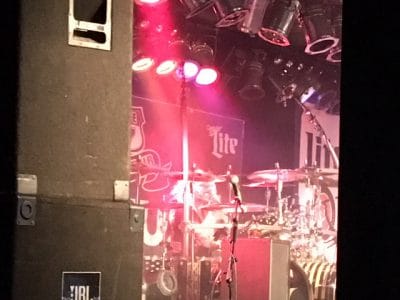 performed from that album. I was happy to see that they didn’t leave songs from Against The Law out of the setlist, but I do think they should replace “Lady” with any other song from that album. Don’t get me wrong, it is a great song, but it just doesn’t fit in this setlist. I felt it slowed down the momentum that Stryper were bringing that night. My only other grip for the night was when they played “I.G.W.T.” I was hoping for the original version, but they played the version from Reborn.

Before things came to an end, it was time for one of their most popular songs — “Honestly.” In 1986-87, I am sure this was a wedding song for many couples, as it was the case for my sister when she married her first husband. Michael Sweet put down his guitar and threw out Bibles during this song. He was also guitar less for “The Way” which showed the true talents of Fox as  the latter nailed the guitar solo. I could not keep my eyes off him during that performance as I was in awe how he played it note for note. The band did leave the stage after “The Way,” but we all knew an encore was coming. “The Abyss” started to play over the PA and Stryper came back out on stage to close out the night with “To Hell With The Devil.”

There are many guarantees when you see a Stryper show — a phenomenal performance of talented musicians, a high energy show from the band, the group’s love for Jesus, and the band’s appreciation for its fans. If you like all the things I have mentioned, make sure you don’t miss them if they come to your town. 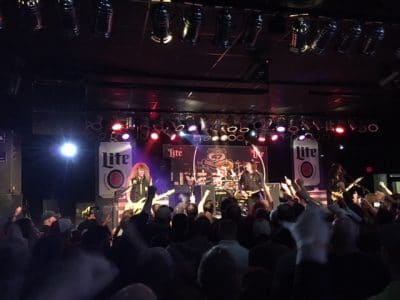