The members of Styx may be getting older like we all are, but they haven’t lost a step performing live on the big stage. They played all of their big hits along with a deep track and a few covers to satisfy the great sold out crowd at Treasure Island Resort & Casino in Welch, Minnesota. Now, I just want to warn you that there were times during the show that I had to remind myself I was there to do a concert review. I kept getting drawn into the show so much because they were just that damn good. So, I’ll piece the night together the best I can. 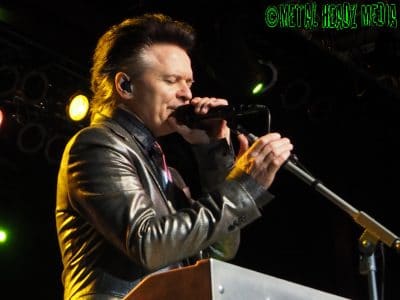 Opening the night was the epic song “The Grand Illusion” along with “Too Much Time On My Hands” and “Fooling Yourself.” The crowd wasted no time standing and singing along with this great start to the night. Lawrence Gowan brought the crowd to a frenzy as he played the beginning of Styx‘s classic ballad “Lady.” Couples had their arms around their significant others singing and swaying to this endless classic. Tommy Shaw came to the front of the stage and gave the crowd a tease by playing the beginning of “Coming Of Age” made popular when he was with the supergroup Damn Yankees. He then broke into “Light Up” which brought a little more energy back to the crowd followed by Shaw introducing “Man In The Wilderness” — a deep track off The Grand Illusion album.

Now it was James “JY” Young‘s turn to speak. He made reference that the next song was big back during the Gerald Ford presidency and said that we all knew that he was best known for being married to Betty Ford, but didn’t want to know who had been to her rehab clinic. He proceeded to rip into “Miss America” which is one of Styx‘s heavier, rocking songs. “Crystal Ball” was next on the list after Young spoke about the days when arenas were filled with pot smoking fan’s lighters. Since lighters are no longer allowed into concerts, he asked us to bring up our cell phones and light up the room. The next song was introduced as one of their strangest recordings of their career, off of the album 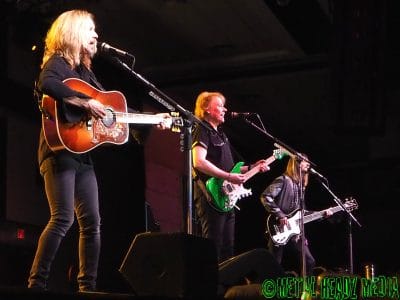 Big Band Theory, which they made clear was made before the big hit television series was even made. It was a cover of The Beatles song “I Am the Walrus” which had the crowd singing loudly “Goo Goo G’joob.” “Blue Collar Man (Long Nights)” kept the crowd going and the band was firing on all cylinders. Bassist Ricky Phillips‘ vocal harmonies were spot on and his rhythm section partner, Todd Sucherman, was relentless on the drums.

Gowan then took the stage alone behind his keyboard for a little solo performance where he started by paying homage to the late, great Chuck Berry with a snippit of “Roll Over Beethoven.” He then asked the crowd if they wanted a little rock opera. The crowd roared with him playing a little “Bohemian Rhapsody” from Queen and finishing up with “Golden Slumbers” from The Beatles. The rest of the band rejoined him on the stage for “Come Sail Away.” Gowan‘s vocals, stage presence and energy during that song made you almost forget that he was filling the shoes of the great Dennis DeYoung. The band then left the stage for a short rest before returning for their encores.

My two favorite Styx songs — it’s hard to pick favorites — were saved for last. “Rockin’ the Paradise” and “Renegade” rounded out a great night of classic music from a class act. Shaw, Young and Phillips rained the crowd with guitar picks as they took their final bows and took in the standing ovation from a more than satisfied crowd. If you have any doubts about still seeing 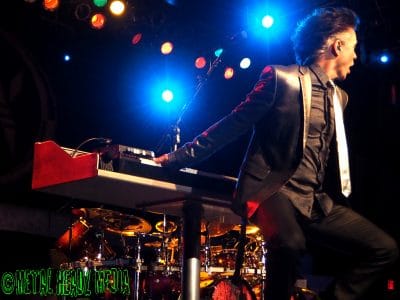 these guys live, take my word — they are no grand illusion, they are still the real deal.