IT’S NO SURPRISE THAT TESLA SOUNDED GREAT ONCE AGAIN! 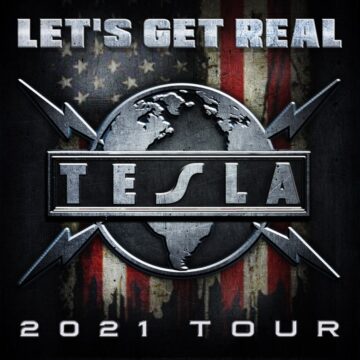 Bike Week, in Ocean City, Maryland, happens every year and every year, they put three or four days worth of bands together to entertain the large crowds. I believe this year, the crowd was approximately 20,000. On this night, Friday, September 17th, the line-up was Jared James Nichols, Jasmine Cain, Tesla and the Bret Michaels Band.

Tesla came on at about 5:30 p.m. and the crowd had already packed the place. I’ve seen Tesla 1,000 times so it was no surprise that they sounded great. They knocked out several of their hits, and even a Led Zeppelin cover! Guitarist Frank Hannon was back onstage with the band. He recently had to miss some shows when he contracted Covid-19. Howie Simon took his place in his absence. It was nice to see him back and showed no signs of wear. 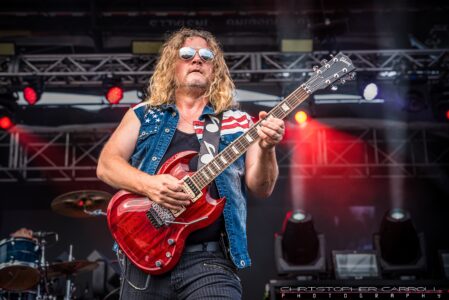 One change, however, was that drummer, Troy Luccketta, was not present. On September 15th, he went onto his social media account and wrote this: “Dear TESLA Fan’s! After 35 plus years of touring with TESLA I have decided to take a little time from the road to spend with family and friends. I am happy and well, and couldn’t be more grateful to my bandmates for this opportunity. I am also looking forward to some musical ventures closer to home so I will keep you all updated. In my absence please show some love to Steve Brown. Steve is a dear friend, and great drummer! He has played with OLEANDER, Ronnie Montrose just to name a few. He is one of Sacramento’s finest, The perfect choice so to speak! I am filled with nothing but Love and gratitude. I look forward to reconnecting with you all again in the near future. Much love and respect. Troy.” Oddly, Troy now appears as ‘guest drummer’ in an ad for Van Halen tribute band, COMPLETELY UNCHAINED show. Maybe it’s just a quick change of pace he needs and this will help him with that. 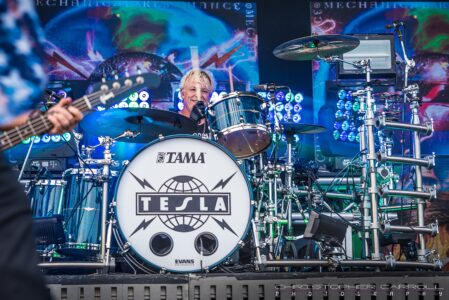 As mentioned, ‘Mild’ Steve Brown, the brother of Dokken‘s Mick Brown who played on the latest The End Machine record took over drum duties and he did just fine. Like I said, they always sound good and they always seem to have a good time onstage. Singer Jeff Keith is a ball of dancing energy. I remember once, on the Monsters of Rock Cruise, it was night time and John Corabi was performing with some of the other artists from the cruise in a ‘jam session’ on the pool deck. I was right up front (which is where I always am for John Corabi!) and out of the corner of my eye, I see the glass doors slide open. I notice Jeff Keith walk through the doors and he appeared to suddenly notice the song being played. Corabi was already singing but Jeff took off running all the way around the pool to where the stage was, hopped up on the stage, startling John Corabi, and sang the entire song then before the song was even over, he jumped off the stage and ran back around the pool and back through those same doors! He seems like a super fun guy! 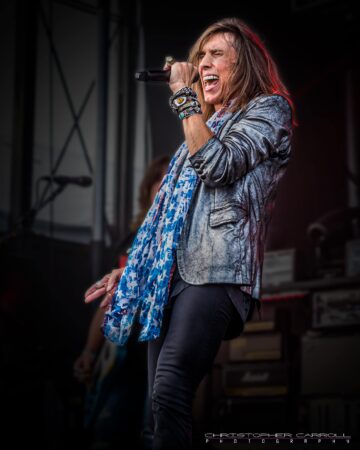