THE LAZYS — YOU CUNTS CAN REALLY ROCK! 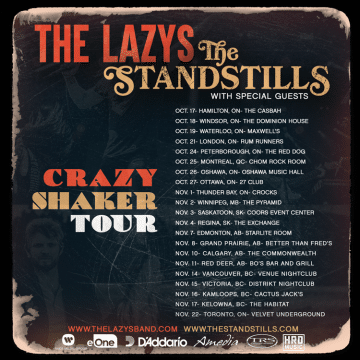 Hands down, the most consistently great live band that I have seen this year is The Lazys. Thankfully, the band seems to love playing live because I have had ample opportunity to see them this year since first “discovering” just how good they really are live about seven months ago. This would be my fifth time seeing The Lazys this year — and sixth time if you count the two separate shows that I witnessed within hours of each other in Port Colborne, Ontario, Canada back in the summer. I can’t recall ever seeing all the band members have as much fun on stage (except perhaps Steel Panther although they are deep into their comedy routine when they play) when playing live. The energy expanded during a Lazys set is simply outstanding. I am so grateful for Australia not providing the necessary love to the group while it was paying its due on the Aussie rock circuit (which is pretty small as derived from my interview with singer Leon Harrison and lead guitarist Matty Morris back in May 2018), which eventually prompted The Lazys to make the move from Australia to Toronto, Ontario, Canada.

This time around, I was joined by two newbies to The Lazys‘ powerful live show. Just like me, they both “discovered” The Lazys this year and have turned into big fans. I suppose you could say that we have all jumped on The Lazys bandwagon as they seem to be picking up steam everywhere they go. Given that the cost of my kids’ babysitter was going to triple the price of my concert ticket, I made sure to contact Harrison to find out exactly at what time that The Lazys would be hitting the stage. While I would love to check out all the bands on the bill like I used to do just a couple of years ago, life seems to have gotten a lot busier and not wanting to pay someone to watch my kids for five to six hours means knowing exactly when the band that I want to see is going to hit the stage. As usual, Harrison was spot on with respect to his time estimate on when The Lazys would hit the stage.

I arrived at about 10:30 pm and met my two friends who had arrived a little before me. There were about four rows of people ahead of us while The Standstills were finishing up their set. It was actually my first time at the Velvet Underground. The 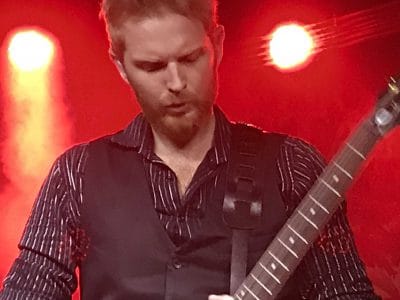 venue had a pretty good set up but the stage was not much higher than the general admission area so getting to the front near the stage would provide a much better viewpoint. I had caught the tail end of The Standstills‘ set way back in April 2014 when they opened for Danko Jones and before my favorite Canadian sleaze rock band Diemonds. I wasn’t impressed with what I heard back then and it was the same thing this time around. The Standstills are basically very similar to The White Stripes with a female drummer (Renee Couture) and male singer / guitarist (Jonny Fox). The Standstills ended up only having four songs left to play in their set. After presumably playing one of their original songs, The Standstills played a cover of The Wild Ones‘ 1965 classic “Wild Thing.” The cover was alright at best and sounded a little thin given that the song was played only with drums and a guitar, and no bass. From there, The Standstills launched into an awful cover of Led Zeppelin‘s classic “Immigrant Song.” Unfortunately, Fox simply did not have the vocal chops to handle a Robert Plant sung song. Again, the song sounded quite thin due to the lack of bass. I actually preferred The Standstills‘ last song over their covers despite my familiarity with the latter songs.

With The Standstills all done, my friends and I moved closer to the stage and were within one row of the stage, which guaranteed a great view of the stage and the band. Before long, The Lazys hit the stage. What can be said about these guys? They 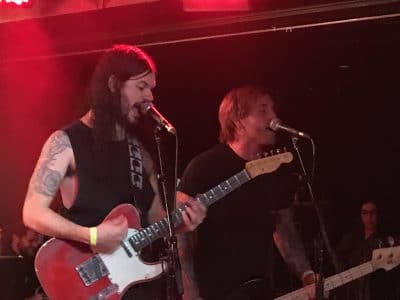 have tons of energy and it’s just a fun high intensity rock n’ roll show. It of course really helps that The Lazys now have such great songs to choose from as their new album Tropical Hazards released earlier this year is phenomenal and their self-titled album released back in 2014 has quite a few killer tracks on it. The Lazys have identified the best songs from both of those albums (with one exception — the killer song “Take Back The Town” from Tropical Hazards continues to get snubbed) and put on a set comprised of one great song after another. The Lazys kicked off their set with “Howling Woman” and the band simply never let up from the start. Luckily, former M.E.A.T. magazine editor Drew Masters was in the audience and took some videos, which he has already posted on Facebook so you can get a little taste of what a killer show that The Lazys put on.

The Lazys performing “Howling Woman” live at the Velvet Underground in Toront0, Ontario, Canada on November 22, 2018: 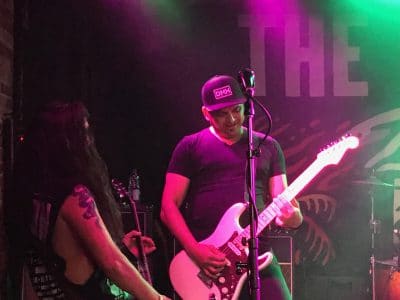 the same old set that the band was playing. It was just one great song after another with “Picture Thieves” (from Tropical Hazards), “Black Rebel” (from The Lazys) and the band’s latest single “Little Miss Crazy” (from Tropical Hazards). The surprise of the night was when Harrison summoned Billy Talent guitarist Ian D’Sa to the stage to play a song with The Lazys. The last and only time that I had seen D’Sa play live was when Billy Talent opened for Guns N’ Roses at the Rogers Centre in Toronto back in July 2016. At that time, he seemed no bigger than a little speck given how far I was from the stage with about 40,000 people in attendance at the Rogers Centre. This time, D’Sa was about ten feet away and about to rock out with The Lazys. Harrison recalled how D’Sa introduced himself to The Lazys after their gig at the Bovine Sex Club four years ago. Funny enough, Harrison stated that D’Sa‘s first words were “You cunts can really rock” (or something like that). Harrison emphasized to the crowd that without D’Sa, The Lazys wouldn’t be here on this night. As a lot of people likely know, D’Sa helped The Lazys write some of their best songs and likely find their sound. D’Sa ended up playing the excellent tune “Half Mast Blues” with The Lazys band members who all look thrilled to be playing with the Billy Talent guitarist.

The Lazys performing portion of “Half Mast Blues” live with Ian D’Sa at the Velvet Underground in Toront0, Ontario, Canada on November 22, 2018:

What made The Lazys‘ set such a fun one was that the crowd was really into it. All around me, I could see people singing away to the lyrics along with Harrison. The whole band looked like they were having so much fun on stage and moved around quite a bit on stage. Harrison was very good at getting the crowd to sing along after him from repeating “Oy” to “Can’t Kill The Moose” (rather than the song title “Can’t Kill The Truth”). One band member that wasn’t quite as adept to get the crowd to sing or cheer along was rhythm guitarist Liam Shearer but I felt that was due to his disposition in doing so. When Shearer was trying to get 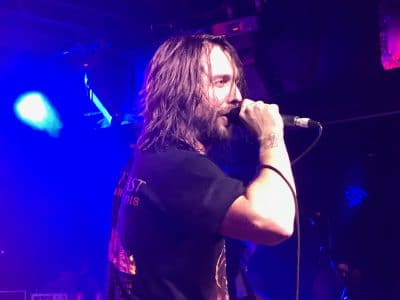 a pop from the audience, it seemed that he was just standing and lifting his arms while expecting the crowd to cheer or follow along while Harrison took a more proactive stance by addressing, “encouraging” and firing up the audience to cheer. Towards the end of the set, the spotlight was definitely on lead guitarist Matty Morris who got to do a few extended guitar solos including one while standing on top of the bar at the back of the venue. Harrison even proclaimed a couple times that Morris was the “best guitarist in the world” (or something like that). There is no doubt that Morris is a talented and dynamic guitarist but he still has some ways to go before being the best guitarist in the world.

The songs that really had the crowd going were The Lazys‘ two most well known songs (in my view) — “Shake It Like You Mean It” and set closer “Nothing But Trouble.” After the latter song, the band headed off the stage and all of a sudden, the DJ was playing songs through the P.A. like The Lazys were all done. Harrison did not look pleased and took a microphone to advise that the band was playing one more song and that the song chosen by the DJ should be stopped. The Lazys band members then all went off stage but Morris kept playing his guitar to perhaps ensure that everyone knew that the band was going to play one more song. The Lazys closed their set with “Love Your Gun” which I found to be an energetic pick for the encore compared to when I last saw The Lazys play and found the song a bit anti-climatic. Overall, I thought and the consensus was among my friends that The Lazys put on an exceptional performance. This is especially so since I had lofty expectations for The Lazys‘ set as I headed to 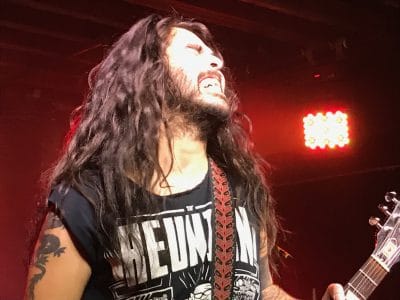