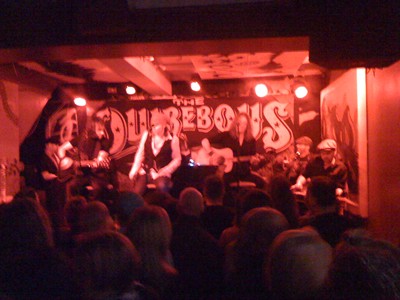 THE QUIREBOYS DEFY AGE IN SWINDON

Having travelled a good few hours from my home city, I was excited to be seeing one of England’s finest The Quireboys. I was slightly apprehensive though, as the last rock band I had seen rework some original songs and incorporate a peddle steel/fiddle into their music had failed miserably and made me feel as if I was at a town hall barn dance. I shouldn’t have worried however, The Quireboys have a sterling live reputation and deliver every time. 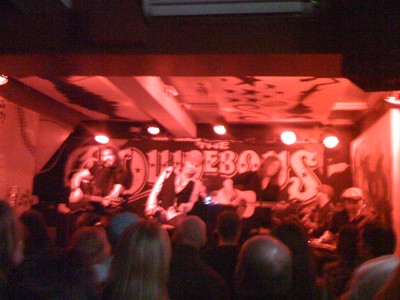 Playing songs from their latest acoustic album Halfpenny Dancer, The Quireboys delivered an outstanding set full of new covers and a reworking of some old classics. From the opening track “There She Goes Again” one thing that was striking was the voice of frontman Spike, he didn’t miss a note and you could see that he wasn’t going to remain sitting on his stall for long. A highlight of the show was Spike‘s on stage tales of fights with Ozzy Osborne (his wife Sharon managed the band in the early 90’s) as well as the welcome addition of “Have A Drink With Me”, a song from the extended version of Halfpenny Dancer that was originally incorporated on Spike‘s solo album It’s A Treat To Be Alive. 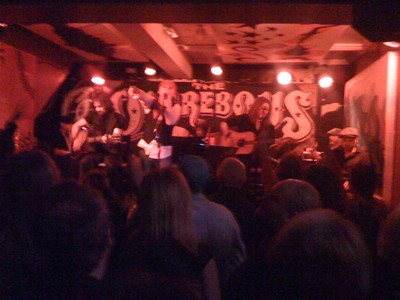 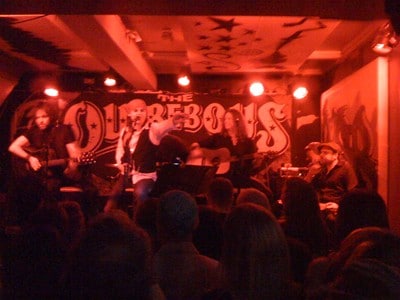 The acoustic version of A Bit Of What You Fancy classic “7’O Clock” was fantastic and made the night even more exciting as this version of the song does not exist in official recorded form (that I am aware of!), therefore making the audience’s trip well worth it.

During the encore guitarist Guy Griffin even sang the verses to “I Love This Dirty Town” from the band’s last original studio album Homewreckers & Heartbreakers. The Quireboys then delivered a fantastic version of the ballad “Late Night Saturday Call” and then a reworked version of “Long Time Comin'” which was a particular special moment for myself, as guitar player Paul Guerin dedicated it to yours truly. Arguably, the best was saved for last with a fantastic performance of “I Don’t Love You Anymore” from the band’s debut. 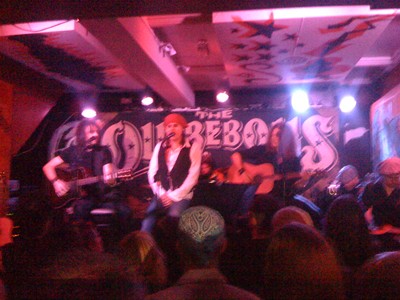 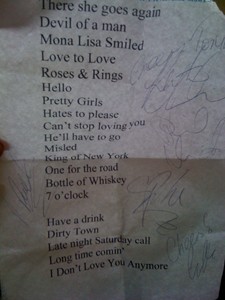 One thing that strikes me every time I see The Quireboys is their musicianship. The band don’t need gimmicks or massive KISS-type pyro to put on a good show, all they need is themselves and their instruments. The guitar partnership of Guy Griffin and Paul Guerin really works well and is a joy to watch. All this is complemented perfectly by the raspy vocals of their front man — a man who seems to defy the aging process.

Overall it was a fantastic night that I will not forget. The old songs were delivered as they always do and the new additions slipped into the set perfectly. The band was on form, the beer was flowing, and the audience was singing. If you’ve not seen The Quireboys yet I urge you to go as it’s a party you and your friends will enjoy, the only thing you might not enjoy is the journey home the next day!

Set List:
There She Goes Again
Devil Of A Man
Mona Lisa Smiled
Learn To Love
Roses & Rings
Hello
Pretty Girls
Hates To Please
Can’t Stop Loving You
He’ll Have To Go
Misled
King Of New York
One For The Road
Bottle of Whiskey
7 O’Clock