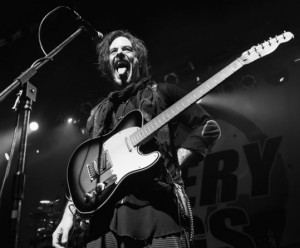 There are some gigs for which you wait a long time, and as they approach you tend to get more anxious on whether they will fulfill your expectations. For me, such a staple of the beginning of the year was The Winery Dogs‘ gig in Warsaw on February 20, 2016

The so-called supergroup which consists of former Dream Theater drummer Mike Portnoy on the skins, bass monster Billy Sheehan, and guitar whizz with the brilliant vocals Richie Kotzen, set out on the 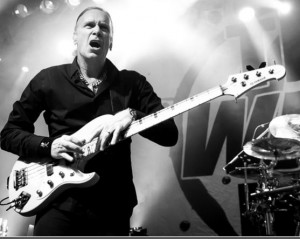 road in the beginning of 2016 to promote their sophomore effort — Hot Streak — an album which I find musically very strong, although a bit silly titled. Anyhow, the concert took place in a well prepared — acoustic wise — Progresja Club. Finally! Anyone who might get through some of my past concert reviews (see for example my Slash concert review) I made from gigs in my home country may know that good 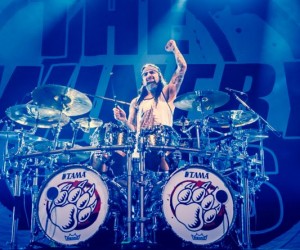 sounding venues are still not a very often found thing in Eastern / Central Europe. Czech Republic is standing out in this case, but if you’ll stumble in for a gig in Poland no matter whether it is a small club or a stadium, chances are that the acoustics may suck. Happily, the venue where this particular gig was taking place was already tested, and is very well equipped with a very professional personnel responsible for a good sound. The last gig I reviewed in this place — Geoff Tate’s post Queensrÿche project Operation: Mindcrime was moved from big hall to the side dinky like stage 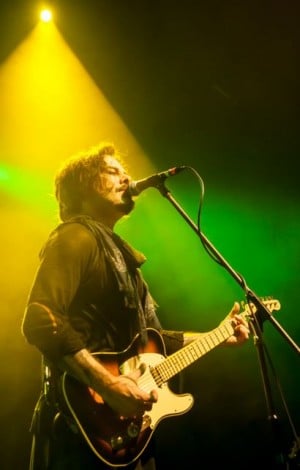 reserved usually for local and minor acts. And it was still very well prepared acoustically. I guess that the case may be that this club is run by people with passion, who themselves enjoy good sounding concerts.

Back to the event, the support act was one Martina Edoff, who has been endorsed as a Swedish version of Doro. I wouldn’t go that far, although vocally, she was really good. However, musically, her band did not show anything outstanding. Everything was in place, but I did not find the songs they played very catchy. Some of the guys in the audience actually described her music as a poor man’s version of Doro with a decent screamer. What struck me though is that style wise, she was a completely different animal than the main act.

Speaking of the main act, the gentlemen arrived quite early. One support band and that was it for warm-ups. The performance started with a very energetic version of “Oblivion” –their kickass single from their latest album. After that, the show could well be described paraphrasing Alfred Hitchcock: “it started with an earthquake, and then the pressure continuously increased.” Technically, it was no surprise that these gentlemen were to be killer, as we all know they are no hacks in the musicianship department. Three things though never seize to amaze me about this act. First is how good of this 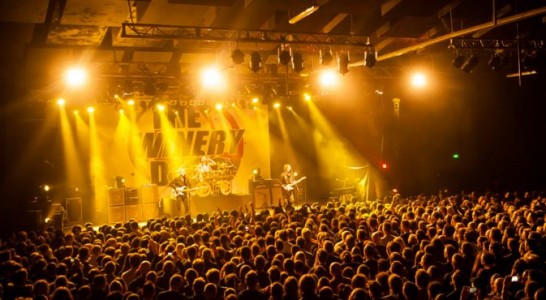 band’s drummer is. Mike Portnoy is simply phenomenal! Not only is he a ferocious rhythm machine, he sets himself apart by being able to play highly complex stuff. He was after all a rhythmical backbone of Dream Theater all these years! He really does very well while swinging more simpler grooves. I almost thought that it was too simple for him, as he obviously had a lot of time to fool around, going as far as even going out from behind the drum kit during Billy Sheehan’s bass solo, and playing on everything around the stage including the soloing guitars.

Another thing that stood out is Richie Kotzen showcasing much more of his soul-funk side than usual. He is a brilliant rock guitar player which is obvious; however, at this gig in particular, he really flourished during the slower tempo songs, especially the piano driven “Regret” and “Fire 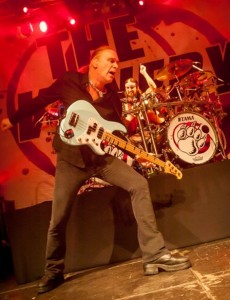 ” — the latter which he described as the only ballad song off the last record. Another difference was that he was much more loosened up than usual, and more in contact with the audience, communicating more smoothly. Overall, I got the impression that he really enjoys playing with both Sheehan and Portnoy. The energy and camaraderie were there obviously.

Billy Sheehan was his usual hulking self, doing insane things with his bass guitar, but also shining on as a backing vocalist. I note that both he and Portnoy handled backing vocals, and both of them really did a great job. The audience was having a lot of fun, and even though they seemed initially a bit baffled by the choice of the warm up act, the main band really made them go over the roof.

The set list was not really hard to put up as The Winery Dogs only have two releases behind their belts, but it was clear they came in to promote the new album, as those songs formed the majority of the setlist. I did not catch any covers this time, as I was secretly hoping they might play David Bowie’s “Moonage Daydream” which I actually enjoyed. 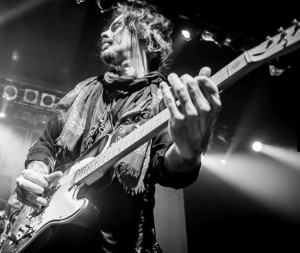 So the concert was — as I expected — very cool, very energetic and the audience seemed to enjoy it thoroughly. The choice of the warm up act seemed a bit weird, but the sound quality was spot on, and the main act did even better than I expected taking into account my high expectations from the very beginning. So in summary; if you were thinking about attending a The Winery Dogs gig in the near future and you seemed to hesitate a bit — don’t! I can assure you that If you like their music, you will get excellence of execution, but with style and ease added on top. Real live rock music, as it should be, but even a bit better!