THE WINERY DOGS: UNLEASHED IN MINNESOTA

The powerhouse trio of Mike Portnoy, Billy Sheehan and Richie Kotzen, known as The Winery Dogs, have hit the road after a three year hiatus. I wish they were touring in support of a new album, but I’ll take what I can get. Just seeing these three musicians play live again and to see them at the iconic First Avenue was enough to satisfy my musical palate for now. 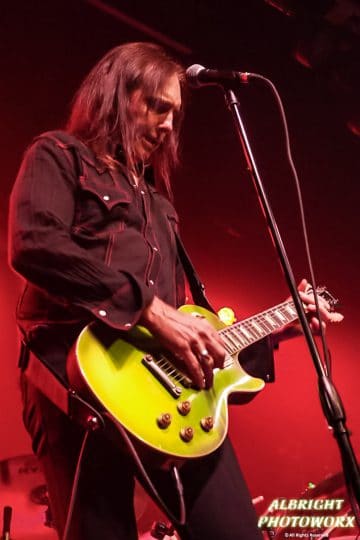 Starting off the night was veteran guitarist Damon Johnson. He dug deep into his catalog of songs from former and current bands and put together a solid setlist to showcase his career.  He started off the night with “Just Move On” off of his 2016 solo album Echo and “The Killer Instinct” from his current band Black Star Riders. Thin Lizzy‘s tune Johnny The Fox Meets Jimmy The Weed was a pleasant surprise as was the cover of Red Halo‘s “Amphetamine.”  The highlight of his set for me was the Brother Cane songs.  I had never seen them live back in the day, so hearing “I Lie In The Bed I Make” along with my favorites “And Fools Shine On” and “Got No Shame” helped complete the experience.

“Who Let the Dogs Out” alerted the crowd that the band they came to see were ready to come out and kick some ass. The band kicked it into high gear right from the start with the fast paced “Elevate” off of their self-titled album from 2013. “Captain Love” and “Hot Streak” kept the crowd wanting more with Billy Sheehan and Richie Kotzen trading off solos throughout each song along with Mike Portnoy‘s killer drum fills, which had everyone’s undivided attention. 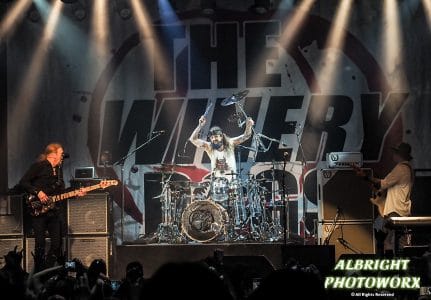 The quick pace was put on pause as they went into the slow grooves “Time Machine” and “Damaged” which showcased Richie‘s soulful voice and guitar abilities. “The Lamb” and “The Other Side” kicked the show into overdrive before Billy took over the stage with a killer solo that left the crowd in awe before it morphed into “Ghost Town.”

Mike and Billy left the stage as Richie took his place behind a keyboard and played “The Road” — a beautiful ballad from his solo career which blended nicely with the R&B sounds of “Regret.” Both songs were highlighted by his smooth vocals sprinkled with sweet falsettos that the legendary Prince would give a smiling approval.

My favorite song of the night was “Devil You Know.” Every time I hear this song, it reminds me of Billy‘s days in the David Lee Roth Band and would have been a great fit on the album Skyscraper. “I’m No Angel”, “The Dying” and “Oblivion” closed out the regular set leaving the crowd wanting more and it wouldn’t be long before the band would return to the stage with a great rendition of Elvin Bishop‘s “Fooled Around And Fell In Love.” “Desire” would close out a great night of music with more solo trade-offs, drum fills and sing alongs sparking the hopes of a new album in the near future. 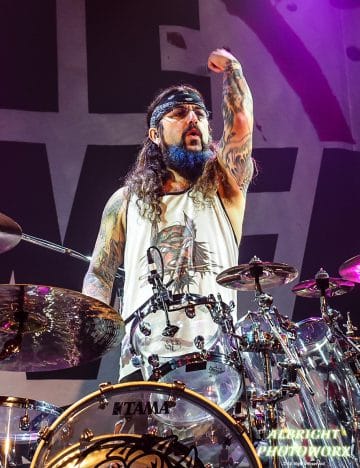 Snippet of The Winery Dogs performing “Desire” live at First Avenue in Minneapolis, Minnesota, USA on May 20, 2019:

The Winery Dogs at First Ave