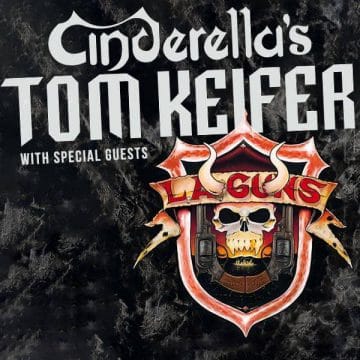 Tom Keifer brought along fellow ’80s rockers L.A. Guns to Medina, Minnesota to promote his new solo album, Rise. I arrived at the venue at 7:00 pm when the doors were to open and noticed the parking lot was already quite full. I found out they opened the doors early, so I headed inside to get a decent spot to take photos since they don’t have a photo pit here. I was able to settle into a spot about five people back from the stage, but had a rather tall man in front of me, so I had to get creative to shoot around him.

L.A. Guns stormed the stage, but unlike most bands, they came out playing “Over The Edge” — a lesser known song from the Hollywood Vampires album and the Point Break Soundtrack. I think they 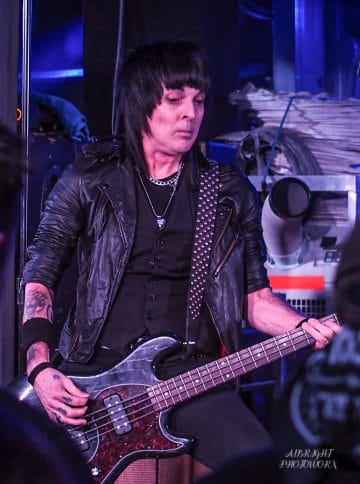 could have came out playing “Row, Row, Row the Boat” and the crowd would have gone wild. Everyone was excited to see Tracii Guns (lead guitar) and Phil Lewis (lead vocals) back on stage once again and to me, they are the core of the group. Some would argue that drummer Steve Riley needs to be included since he shares the rights to the name, but to me he has always been a mediocre drummer that could have been replaced by anyone.

“No Mercy”, “Sex Action” and “Electric Gypsy” brought us back to 1988 and memories of our youth. “The Devil You Know” off the album with the same name came next with Phil appearing on stage donning a devil mask. He strutted around the stage flicking his tongue like an evil serpent as he got into this heavy, riffed tune.

The new additions to the band were kicking ass and fit in well with the band.  Ace Von Johnson (guitar) from Faster Pussycat paired well with Tracii while Johnny Martin (bass) and Scot Coogan (drums) kept the music tight. You could tell everyone enjoyed playing together as they kept smiling at one another and showed great chemistry on stage.

The highlights of the night for me were “Kiss My Love Goodbye”, “I Wanna Be Your Man” and a little “Hells Bells” from an AC/DC riff that led into the band’s 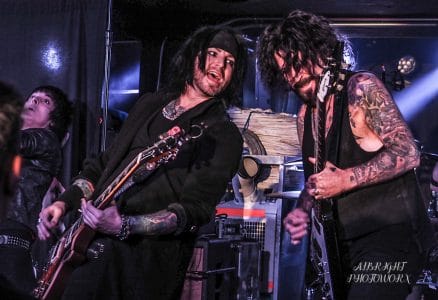 most popular songs “Never Enough” and “The Ballad of Jayne.” Before their time was up, they kicked it into overdrive with “Speed” from their 2017 album The Missing Peace and the always popular “Rip And Tear.” The band members received some well deserved applause as they took a bow and had a little hoedown dance as they left the stage.

I decided to stay up front in hopes that people would go get drinks or use the restroom so I could slip a little closer and get out from behind the guy in front of me, but this wasn’t happening. As I talked to people around me, I did my best to shuffle over to have a better view of the stage. It didn’t work to perfection, but I did move enough to get behind a shorter woman. 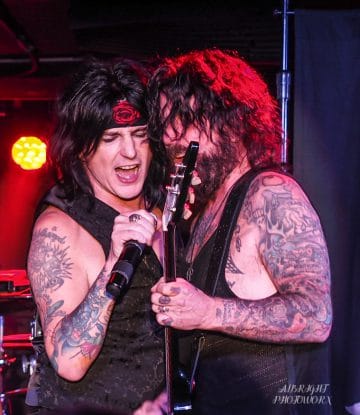 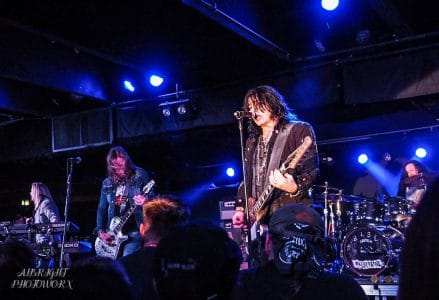 The Rolling Stones‘ “Can’t You Hear Me Knocking” overtook the loud speakers as the lights shut off and the band hit the stage.  Tom Keifer took his rightful spot front and center and was surrounded by his long time touring band. Tony Higbee (guitar), Billy Mercer (bass), Jarred Pope (drums), Kory Myers (keyboards) with Savannah Keifer and Kendra Chantelle Campbell (backing vocals) have proven over the years that they are more than capable of sharing the stage with this great performer and songwriter.

“Touching The Divine” from Tom‘s new solo album Rise started off the set before the familiar sounds of Cinderella over came the fans. “Night Songs”, “Coming Home”, “Somebody Save Me” and “Nobody’s Fool” got everyone going and the band was firing on all cylinders.  “It’s Not Enough”, “Rise” and “Solid Ground” from Tom‘s solo albums filled in the gaps, but deep down, I think everyone wanted to hear more Cinderella songs. The band made sure to not disappoint the fans as the rest of the set was dominated by Cinderella tracks. 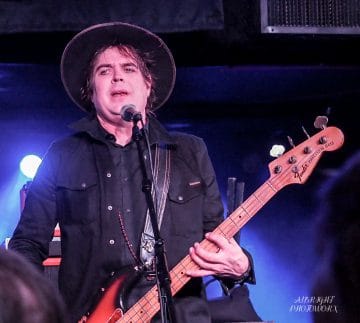 “Bad Seamstress Blues” / “Fallin’ Apart At The Seams” and “The Last Mile” fed the concert attendees’ appetite before Tom sat at a piano at center stage with his wife Savannah joining him for a beautiful rendition of “Don’t Know What You Got (Till It’s Gone)“. Before leaving the stage for a short break, they pleased the crowd with the classic rocker “Shake Me” and the bluesy, honky tonk tune “Shelter Me”.

They returned to the stage a short time later for a three song encore. The first encore was the epic “Long Cold Winter” which treated everyone to some more of Tom‘s fantastic blues guitar while the second encore was the latest single “The Death of Me” off of Rise.  The band had just enough energy left to take us home with “Gypsy Road” before thanking the fans for their 30 plus years of devotion.

I was happy to hear the show was sold out. If it wasn’t for such a dedicated fan base here in Minnesota, we definitely would miss out on these great bands before they call it quits.

Tom Keifer’s setlist (as per setlist.fm): 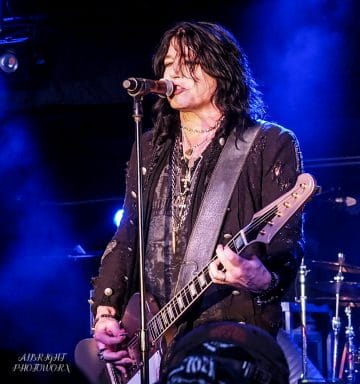