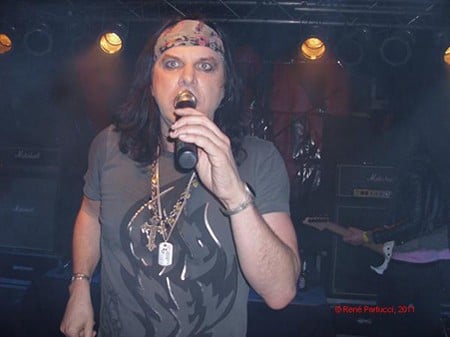 VAIN VISITS GERMANY FOR THE FIRST TIME IN 22 YEARS

The Underground club in Cologne, Germany is always a good choice for a show like this: It’s a small venue with sticky floors and crazy people inside. No matter if there are 20 or 100 people standing in front of the stage, the atmosphere always feels great. But nonetheless, before the Vain show I was afraid that only few people would be attending because this was the case with Shameless/Tuff and some other cool bands I saw there a year or two ago. But fortunately this show seemed to be advertised way better than the aforementioned because the club was attended very well… or is glam rock really coming back? 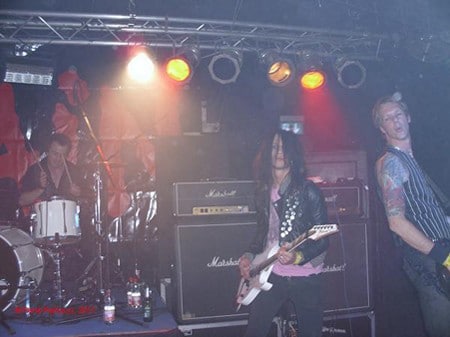 Gun Barrel were the opener for the Vain set and the crowd seemed to like them but I think its always the same problem with German hard rock acts like them: They don’t get this sleazy thing about ’80s rock. They always look and act like a heavy-duty metal band and if they are trying to act ‘American’ its just plain embarrassing. I think it must have something to do with the German mentality in general, but I don’t want to affront them because they played well and made a professional impression. But I gotta admit that I don’t like them very much…

So I waited for Davy Vain and his band, and when they finally came onstage the crowd was enthusiastic and so was I.Vain played a great set consisting of classics from their debut ‘No Respect’, as well as songs from their long-lost album ‘All Those Strangers’ and even some tracks from their later and more unknown records… so the setlist was interesting. 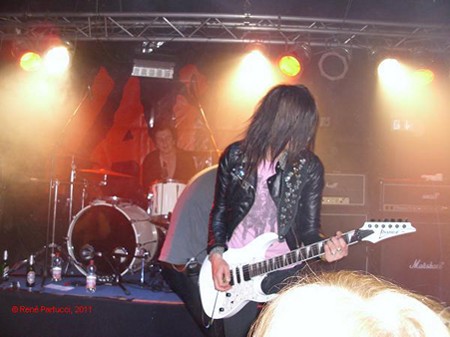 The band played tight and Davy Vain sounded really good to me. Like he announced on the internet a few months ago, he was supported by members of Swedish goth-rockers Deathstars, which at first sounded odd to me but in fact fit rather well. After the show Davy signed autographs and took photos very patiently and was a nice guy to talk to. I got my copy of ‘All Those Strangers’ signed as well.

I think the problem with Vain today is the same one that plagues Tuff, Pretty Boy Floyd and so many other bands from the ’80s scene: The singer is the only original member left in the band and so the expectations shouldn’t be enormous. But I also gotta say that I enjoyed the show very much and would go to see Vain in Cologne any time again. 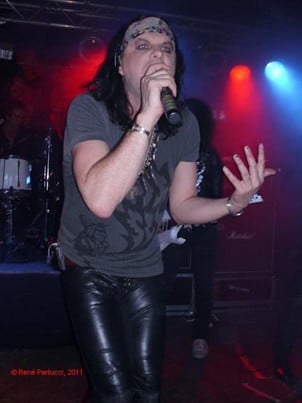