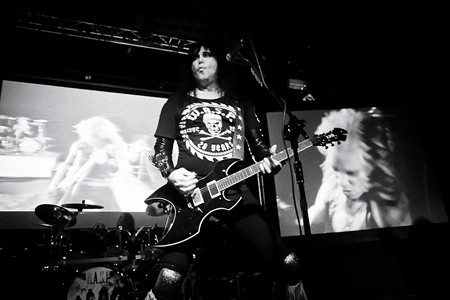 Another year and another tour proves that Blackie Lawless is just one of those guys who can do it over and over again — and it’s still fun to watch him live.

That’s why I was very excited when I got the message that W.A.S.P. was arriving in Warsaw, Poland for a gig, as part of their ‘Return To Babylon 2010’ tour. The band even did a show a day earlier in another Polish city, and from what I had heard the response was very good. 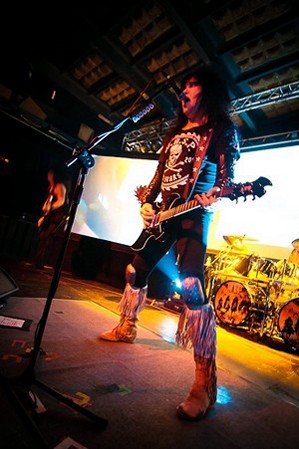 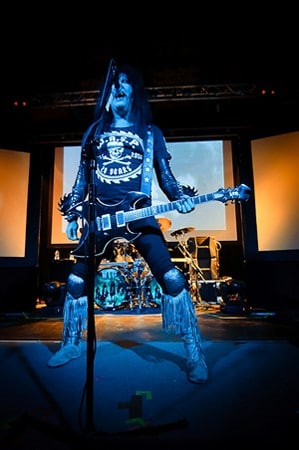 When I arrived at Progresja Club, where the gig was about to take place, I was pretty surprised. Not only was the club full (and let’s face it, Sleaze Rock isn’t very popular where I live — which sucks because a lot of great bands skip us on their tour schedules), but the majority of the audience were young people. Some really young, like 17 year old girls all dressed in glam or… EMO! WTF, when did W.A.S.P. appeal to EMO kids?

The show kicked off with a very crafty support act from Brazil called Shadowside, who had very strong female vocals, but everyone was really waiting for the headliner.

After the break there were three huge screens installed on stage, then the lights hit, and the rest is history. W.A.S.P. came on in full flow, and while frontman Blackie Lawless may not be a youngster anymore he nails it like few others can. His band was top notch too — guitarist Doug Blair (who previously played with W.A.S.P. on their 1991 Crimson Idol tour) was shredding like a pro, bassist Mike Duda proved to be not only be a good rhythm player but a very strong backing vocalist too, and the drummer was flawless as well. All in all W.A.S.P. was a fine example of a well-oiled American rock machine, with one hell of a frontman. 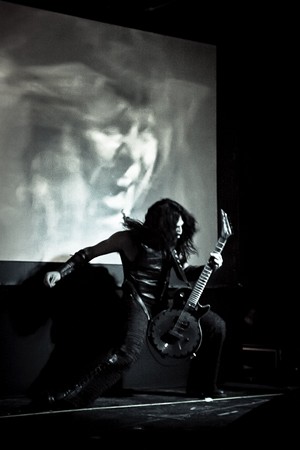 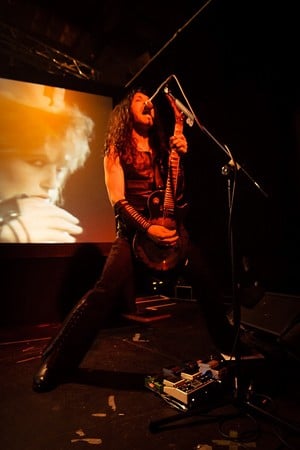 Blackie was in top form, and was very professional. At one point somebody threw a bandanna onstage, and we all know what the likes of Axl Rose would have done in this case but not Blackie — he didn’t show any emotion and just kept on rocking. The huge screens that were onstage showed video clips of the band’s long history, so not only could you listen to some great music live but you could also witness the way the band’s image has been changing throughout the years.

The set list was very diverse as there were a lot of classic W.A.S.P. cuts, like “L.O.V.E. Machine” and “Hellion”, mixed in with some material from their newer releases, including their latest album ‘Babylon’. What was really cool is that people were going crazy when the new songs hit the air — especially “Crazy” (no pun intended) which is a really well crafted rock anthem.

Overall the set was great and Blackie Lawless and W.A.S.P. showed everybody that age is not a factor when you play rock ‘n’ roll.