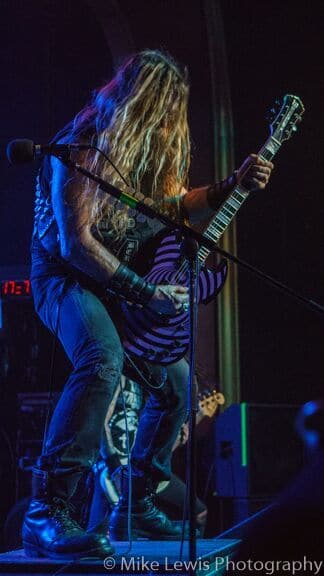 Zakk Wylde made his debut with Ozzy Osbourne as a baby faced kid on 1988’s No Rest For The Wicked album and as you know, he went on to a lengthy career with with The Prince of Darkness. Wylde left a number of years ago to focus on Black Label Society. Since that time, he’s been rumored to have returned home. With the recent departure of guitarist Gus G., Wylde is back for a new Ozzy Osbourne album and tour to follow.

In addition to Black Label Society, Zakk has been performing with his band Zakk Sabbath in which he performs an all Sabbath set. The band includes Wylde on vocals and guitar, Blasko (Rob Zombie, Ozzy Osbourne) on bass and Joey Castillo (Danzig, Queens Of The Stone Age). Having already had the Zakk Sabbath experience at the NAMM show in 2016 once before, I was absolutely thrilled for the opportunity of seeing them locally. The Zakk Sabbath show at the Hawthorne Theatre had been sold out for weeks, which made the increased the anticipation for this gig.

Zakk Sabbath tackle the Sabbath classics with respect only staying away slightly when Wylde goes into ‘Berserker mode’ taking liberties with the solos by expanding upon the groundwork laid down by the mighty Tony Iommi. The band opened things up with “Supernaut” which got the sold out crowd worked up like a 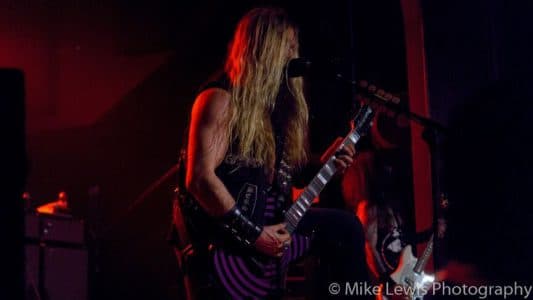 priest visiting a Sunday school. Unlike ‘The Sabbath,’ Zakk Sabbath dug deeper into the back catalog by blowing the dust off classics like “A National Acrobat,” “Lord Of This World” and “Into The Void.” There were of course some of the usual suspects like “Children Of The Grave,” “Into The Void,” “Hand Of Doom,” “N.I.B.,” “Fairies Wear Boots,” “Sabba Cadabra,” and the closer “War Pigs.”

It was extremely refreshing to not have to hear “Iron Man,” “Black Sabbath” or “Paranoid.” We could have probably done without “War Pigs” as well but it was expected that they’d end with a Sabbath ‘hit.’ Next time around, I’d love to see Zakk and co. go even deeper and include songs like “Never Say Die,” “Rock ‘N’ Roll Doctor,” and “Dirty Women.” In the transition 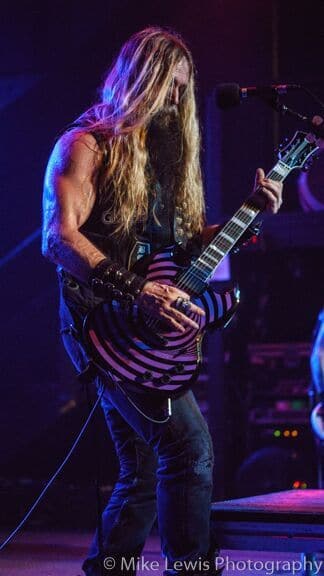 from “Wicked World” to “Into the Void,” Wylde and co. tore into a few minutes of “Outshined” by Soundgarden. Wylde raised his right fist toward the sky and the place came unhinged. What a pleasant surprise; especially when this is Cornell country.

Zakk Sabbath destroyed. This band was initially formed in the name of fun and for the love of Sabbath but this is slowly but surely gaining momentum. Since Black Sabbath is now officially retired; the sky’s the limit.