Swedish sleaze rockers Confess have released a new song entitled “Strange Kind Of Affection” from their upcoming new studio album Haunters, which will be released on March 1, 2017. You can hear a teaser of the new song below or listen to the track via Spotify. 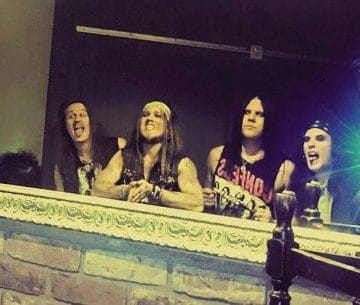 Confess‘ We Are The Rats mini-documentary trailer:

Confess – WE ARE THE RATS – Mini documentary trailer

The mini documentary about Confess will be released on February 10! Stay tuned!!! We Are The Rats… on the new Confess album “Haunted”, already on sale http://www.yourcd.it/confess-haunters.html