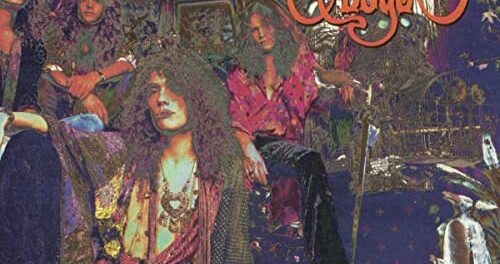 Electric Boys frontman Conny Bloom was recently interviewed by Pariah Burke for the Pariah Burke of the Hard, Heavy & Hair Show. Bloom was promoting Electric Boys‘ new studio album Ups!de Down, which will be available via Mighty Music on April 30, 2021.

Bloom was asked how Electric Boys came up with their unique sound that was displayed especially on their debut album Funk-O-Metal Carpet Ride released back in 1989. 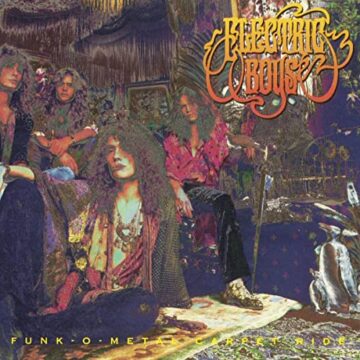 Bloom opined (as transcribed and provided by the Pariah Burke of the Hard, Heavy & Hair Show with slight edits): “I think it was just the fact that we were listening to so many different kinds of music and, uh, I mean, I grew up listening to ’50s rock and roll via my parents, like Chuck Berry, Fats Domino, and all that kind of stuff. And [The] Beatles was a big thing in my home. And I started going to school. I knew all the songs and all the lyrics to The Beatles‘ stuff. I mean, it was so just so catching and good, I guess. And then I heard “Ballroom Blitz” and “School’s Out” and then it’s just moved on from there. And then I started listening to find out all this soul and funk, like sliding the family stone on the spirit of truth, Betty Davis, that kind of stuff. So I remember I was thinking when it was me and the bass player, this must have been around mid-’80s sometime.

And we were thinking like, you know, we gotta have put a band together and what, what, what’s it going to sound like? We need to find our own thing. And I remember thinking about it quite a lot, but which I guess didn’t really take us anywhere because I remember when “[All] Lips ‘N’ Hips”, the song “[All] Lips ‘N’ Hips” came about, I wasn’t actually thinking at all. I was just playing around with this drop D tuning. And then all of a sudden that riff came up. So [I] wrote that song. And then there was a song called “Psychedelic Eyes” like came around the sort of around the same time, which I think that was inspired by a Cheap Trick tune, but I can’t remember which one. But all of a sudden, listening back to them afterwards, after I’d written them away, it just felt like we were onto something. Both of those songs, they were in totally different temples, but they had that bouncy or fun vibe.

Not just, you know, not just like straight rock and roll. It was a bit more funky, I guess. No, I think I feel really lucky actually that we people can, sometimes, you can look for forever and try to find something different or whatever. And we’ve, we had these different experiences, inspiration sources and when the four of us got together and played, and that’s what it ends up sounding like. So it’s not something you can practice or read about, but it’s just what it sounds like. So I’m really humble and thankful for that actually. Sorry, long, long answer, but, I think it’s just a mixture of a lot of different inspiration sources.”

You can listen to the interview with Conny Bloom on the Pariah Burke of the Hard, Heavy & Hair Show at Pariah Rocks’ website.