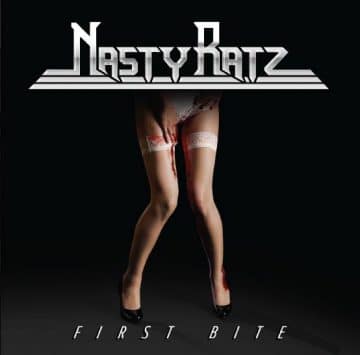 The following message was posted in part on Sleaszy Rider Records‘ Facebook page on February 12, 2018:

“The debut album of Czech Glam/hard rockers Nasty Ratz “First Bite” is available for streaming and download on all fine digital stores. Check it!

The original front cover is banned, and we had to use minimal version to bring at least the music to the masses.

If you buy the digital version, send us an email (info@sleaszyrider.com) and we will send you the original cover.”