Crash Midnight recently released a video for their song “Roxy.”  Back on May 25, 2016, Sleaze Roxx posted the video for “Roxy” on its site. The press release from Musicarchy Media described the video at that time as “controversial and edgy.” 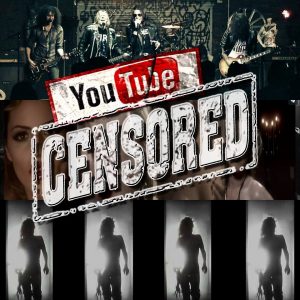 Now less than 72 hours after the video was first posted, Crash Midnight‘s “controversial” video for “Roxy” has been taken down from YouTube and replaced with a censored version.

The question that remains is whether Crash Midnight‘s knowingly “controversial” video for their song “Roxy” which was bound to get banned by YouTube, was/is simply a publicity stunt from the band to get more attention.

“After gaining over 20,000 plays in less than 72 hours, Crash Midnight’s controversial new video for the Steve Thompson (Guns n’ Roses, Rolling Stones, Prince, David Bowie etc)-produced single, “Roxy,” has been taken down on YouTube amidst a storm of debate regarding artistic censorship.

“Roxy” is the band’s first single off the upcoming worldwide re-release of their “Lost In The City” album, which is being remixed with new high-octane production by Bobby Ferrari at Vegas View Recording and is slated for a September release. In response to the take down, the label has created a ‘censored’ version of the video that is now available at this link:

Dating back to the group’s formative years where they were routinely banned from Boston-area venues for their wild shows and outspoken views on certain local city officials, Crash Midnight has become notorious for putting their music first and not backing down from clashes with authority. 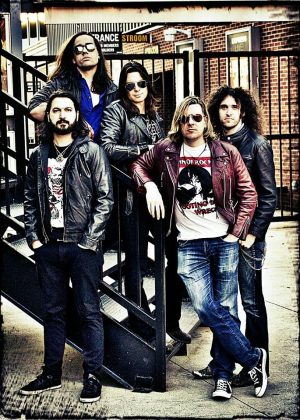 In light of this latest battle, the band has decided to make the controversial video available exclusively on their new Crash Midnight App (Available now on the App Store and Google Play) and encourage fans to post it and share it to support the power of artistic freedom.

“We’ve always been against censorship of the arts” says vocalist, Shaun Soho, “and we’re not going to let sites like YouTube, that pays artists next to nothing for their content, dictate what our fans get to see. We need your help to spread the word and show that if they’re going to censor us, artists will always find new and even more powerful ways to reach our fans.”

To check out the uncensored “Roxy” music video, created by director Ron Sperling, get the Crash Midnight App by following the link below:

Sleaze Roxx stated the following in its review of Crash Midnight‘s Lost In The City back in February 2015: “I didn’t know what to expect from this silver platter when it first arrived on my doorstep. After a fistful of days in heavy rotation to fully saturate the senses, in the aural titillation that is manipulating my psyche, I must concede that Crash Midnight‘s Lost In The City is a sleazy, gritty, street-punk and hard rock infused rock ‘n’ roll album to be reckoned with.”