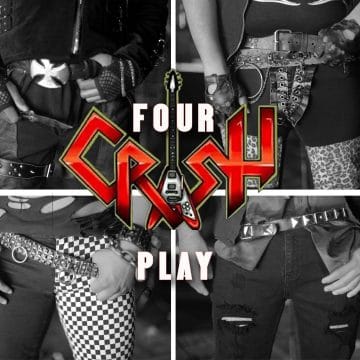 Crash‘s “Biography” on their Facebook page states (with slight edits):

“Since 2011, Crash has been bringing back the fire of ’80s rock n roll to audiences everywhere. Born in El Paso, Texas, the quartet uses killer vocals, driving basslines, screaming guitars, and pounding drums to make music that brings the soul of 80s heavy metal to a modern and revamped age. Despite lineup changes over the years, Crash still brings not just rockin’ tunes, but the rockin’ attitude for a live preformance that’s never dull. With Danny on vocals, Rollin on bass, Orson on guitar, and Julio on drums, Crash is ready to rock the stage right through the roof!”