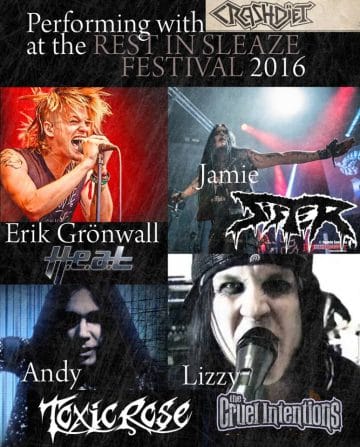 The following announcement was made in part on Crashdïet’s Facebook page earlier yesterday:

“Our special guests for the evening at the Rest In Sleaze Festival in Stockholm on November 9th!