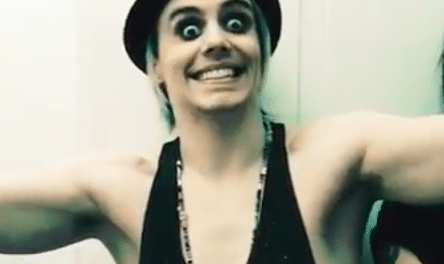 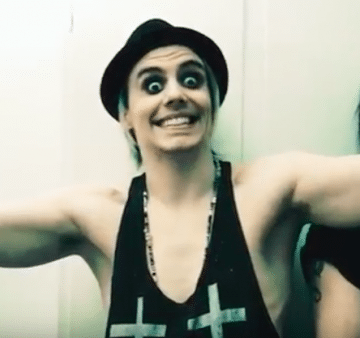 Young can be seen stating (as transcribed by Sleaze Roxx) the following in the video: “Hey guys! We’rrrreee back! It’s been three fucking long years. And we’re anxious to present our new singer Gabriel Keyes… So, we have some cool stuff in store for you next year. We’re gotta have some nice new shows. We’re gonna have some nice new music. Huh! There’s a lot of stuff happening in the Crashdïet cabin so keep fucking tuned….”

More details on Keyes can be found in the Sweden Rock Magazine, which was recently published and released.

Sleaze Roxx stated the following in one of its three reviews of the band’s last studio album The Savage Playground: What can be said about the Godfathers of the Swedish sleaze scene that hasn’t already been said? They are the biggest band in the world? Obviously not, but in my opinion that should be the case. In an age where selling out is the ‘in thing’, these determined rockers have continued to develop their style whilst staying true to their roots and delivered a giant slab of fiery and energetic ecstasy. The ingredients — hard work, pure devotion and raw talent. The recipe — take all these ingredients and turn it into a modern, original piece of rock history. The outcome — an hour of hellacious, limitless delight of which they aptly named The Savage Playground!”

DietHeads! First of all, we would like to thank you all for the tremendous support and patience, even though we’ve been mostly silent for the last few years,…