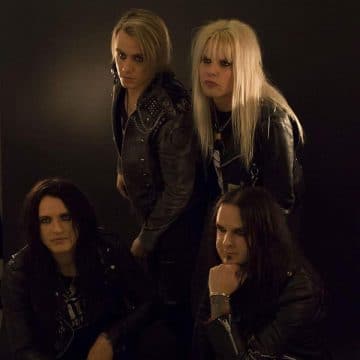 Sleaze Roxx recently did an interview with Keyes who explained how he got into the band. Keyes stated: “Actually, it was our manager. He manages a band and the guitarist in that band, he actually sent me a message on Messenger — Facebook — and told me, “Crashdïet is searching for a new singer and you’re one of the candidates. Are you interested?” Bla, bla, bla. And I was like, “Yeah!” So then I got in touch with Sven [of SEM Music Management] and then he told me to like record something. So I recorded a Skid Row song. I think it was “Big Guns” and then I sent it to him, and he sent it to Martin [Sweet]. He liked it so after that, we met up over a coffee. We talked and you know, about the whole thing, the situation about the band, and the plans and stuff. And then, after that, I met Martin at his place and we started to write music and it felt like we had a good chemistry from the beginning so we clicked very good.”